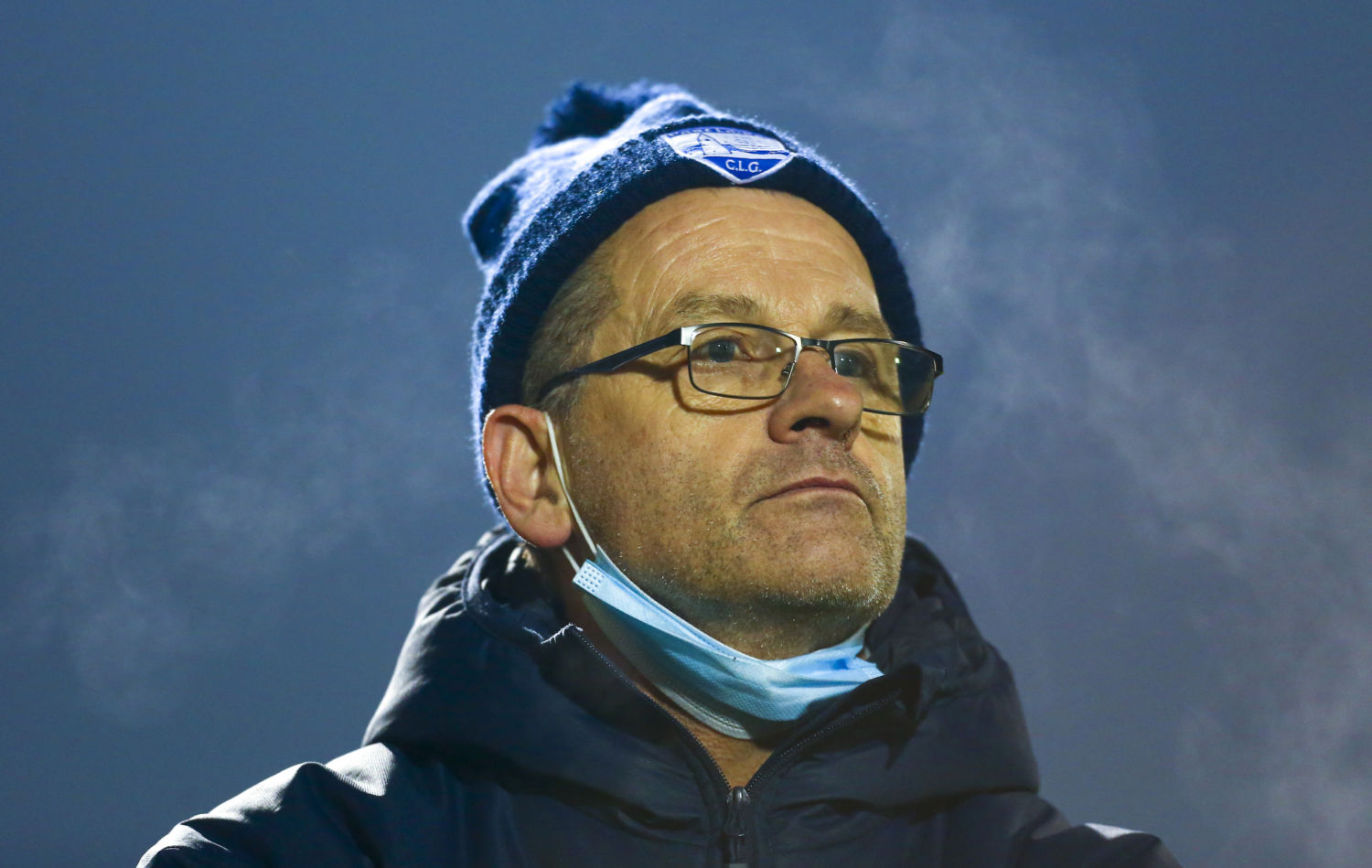 Ephie Fitzgerald will begin his first NFL campaign as Déise football boss on Sunday at home to Tipperary in Fraher Field. Photos: Inpho.

For the first time since 2014 Waterford and Tipperary will meet in the Allianz League in Fraher Field on Sunday. When the teams met in the 2014 campaign in Clonmel they played out a draw on a score of Tipperary 0-12, Waterford 1-9. That was a game Waterford should have won but it was Tipperary who went on to gain promotion and up to their relegation last year the Premier side had soldiered in the higher divisions, rising to Division 2 status at one stage while Waterford remained in the lower reaches of Division 4.

More often than not there has never been much between Waterford and Tipperary when the teams met in the National League and on Tipperary’s last visit to Fraher Field in the League in 2011 Waterford scored a 2-8 to 0-9 win and that was in Division 3 from which Waterford were subsequently relegated after being promoted from Division 4 the previous year.

It is very hard to assess the relative merits of both teams going into this league clash. Tipperary will be favourites based on their Munster title win in 2020 but it does appear that they are now a side in transition and though they beat Limerick by a point in the McGrath Cup they crashed heavily to an experimental Kerry side in the semi-final.

Waterford, in their very first competitive outing under Ephie Fitzgerald, competed well against Cork in their McGrath Cup tie and would not have been flattered to have been closer than the nine point deficit at the final whistle. The McGrath Cup tie was all about giving game time to players and a lot of work has been put in since then to arrive at a starting fifteen on Sunday next.

Any hope of promotion from Division 4 rests with Waterford winning their home games and this game against Tipperary must be seen as winnable. Some players had been involved with their college sides on the day of the McGrath Cup tie against Cork so we may see some changes from that line up. Players such as Brian Looby and Conor Murray can be expected to come into the starting fifteen alongside such as Darach O’Cathasaigh, Dermot Ryan, Dylan Guiry, Michael Curry, Stephen Curry and Darragh Corcoran. There are three goalkeepers on the panel in Ben Kirwan, Aaron Beresford and Padraig Hunt with either one in the running to get the nod.

This is a big game for Waterford and being at home gives them a real chance to get their league campaign off to a winning start.

Here is the Waterford team to take on Tipperary…. 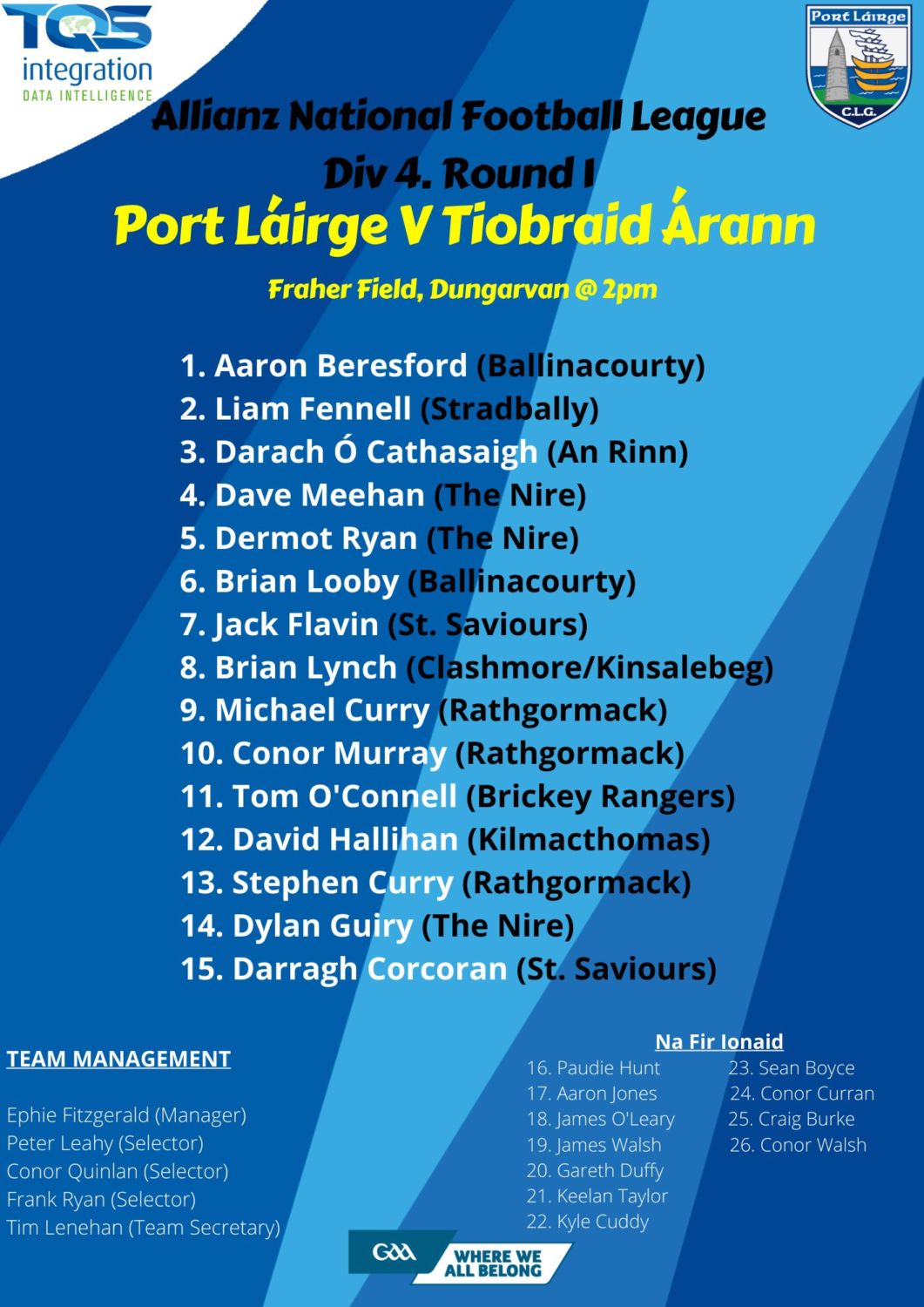 The county board have issued the following advice about GAA season tickets and league tickets for 2022…..

Season Tickets
This year there are no physical season ticket cards and there is no requirement for a designated Season Ticket turnstile. The season ticket holders have access to download a match ticket as they require and are scanned as a regular matchday ticket. You should print your ticket in advance or download it to your mobile phone for scanning at the stile.

National Season Ticket are still on sale for the next week. They are only available through the GAA Website. Full details are available online Please see link to purchase.-> https://am.ticketmaster.com/gaaseasontickets/

There will be no club only season ticket in 2022.

Match Tickets
For the 2022 Allianz League there are a number of changes to how we operate on matchday. The most substantial of the changes is that all venues will be cashless. There will be no ticket sales at any venue for 2022. Tickets can be purchased online and through Centra & SuperValu. Tickets will remain online up to the throw in time of the game.

Tickets for the Division 1 Hurling League are €15 for all adults (there is no concession price). Under 16s are free of charge and don’t require a ticket. They however must be accompanied by an adult.

Tickets for the Division 4 Football League are €10, (no concession) and Under 16s are free of charge, same rules apply as above.