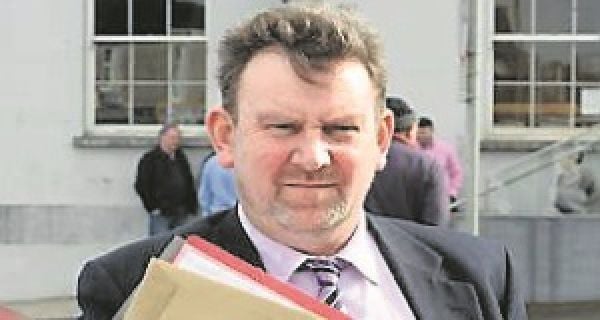 A 58-year-old Independent councillor convicted of assaulting his brother and nephew arising out of an ongoing dispute over the inheritance of a family farm will be sentenced next month.

Frank Roche of Ballyadeen, Castletownroche, Co Cork had denied assaulting his brother David, and his nephew Colm in January 2020.

At a sitting of Fermot District Court in November of last year he was convicted of assaulting both men and of engaging in threatening, abusive or insulting language. The charges were contrary to Section 6 of the Public Order Act.

The charges occurred following an incident at Ballyadeen in Co Cork on January 18th 2020. Mr Roche was convicted on all three charges by Judge Alec Gabbett and sentencing was adjourned.

At Fermoy District Court on Friday morning, Judge Joanne Carroll adjourned the case until February 25th to allow Judge Gabbett to preside over the sentencing.

Mr Roche, who is an agricultural contractor, represents the Fermoy Municipal Area on Cork Co Council as an independent member.

The court previously heard that he has had a fractious relationship with his two brothers, David and Patrick, since they inherited their family farm from their father David Roche Senior.

David Roche gave evidence in relation to the assault. He indicated that he and his son, Colm, were driving along a road near the farm at Ballyadeen when he spotted a jeep that had pulled in.

He said he lowered the passenger window of his vehicle to speak to the driver whom he didn’t know.

David said his brother Frank then came around the back of his jeep and grabbed his son Colm in a headlock and tried to pull him out through the window. He also punched Colm before going on to hit David Roche.

David Roche said that it was a shocking incident.

“I shouted at him to go away and leave us alone and to live his own life, but he told me he would die on the farm and that I was a lousy b**tard and that we would all rot in hell,” David Roche told the court.

David added that he ws concerned for his own safety and that of his son.

Colm Roche said he filmed the final moments of the encounter on his phone.

A video clip was played for Judge Gabbett in which Frank Roche could be heard roaring that he hoped both Colm and David Roche would “rot in f**king hell”.

Frank Roche denied the charges. He said he was driving with a friend when he saw an orange spanner lying on the road which he thought might belong to him.

He claimed he got out to pick it up when David Roche drove at him and tried to run him down.

“He has a habit of driving at me at high speed …. I am afraid of my brother, they have ruined my life and cost me my farm, and now they want ‘do down’ my character and get me out of Cork County Council because it gives me a platform to highlight farm abuse,” he said.

Judge Gabbett said there was a clear conflict between the evidence of David Roche and Colm Roche and that of Frank Roche.

“I find them (father and son) credible and, as far as I’m concerned, an assault took place,” Judge Gabbett said.

“This is a classic family dispute, and it needs to be addressed – we have a situation here where it could escalate and people could hurt each other.”

The defendant has three previous convictions for assaults, one of which involved a three month suspended sentence, as well as several Road Traffic Act convictions.