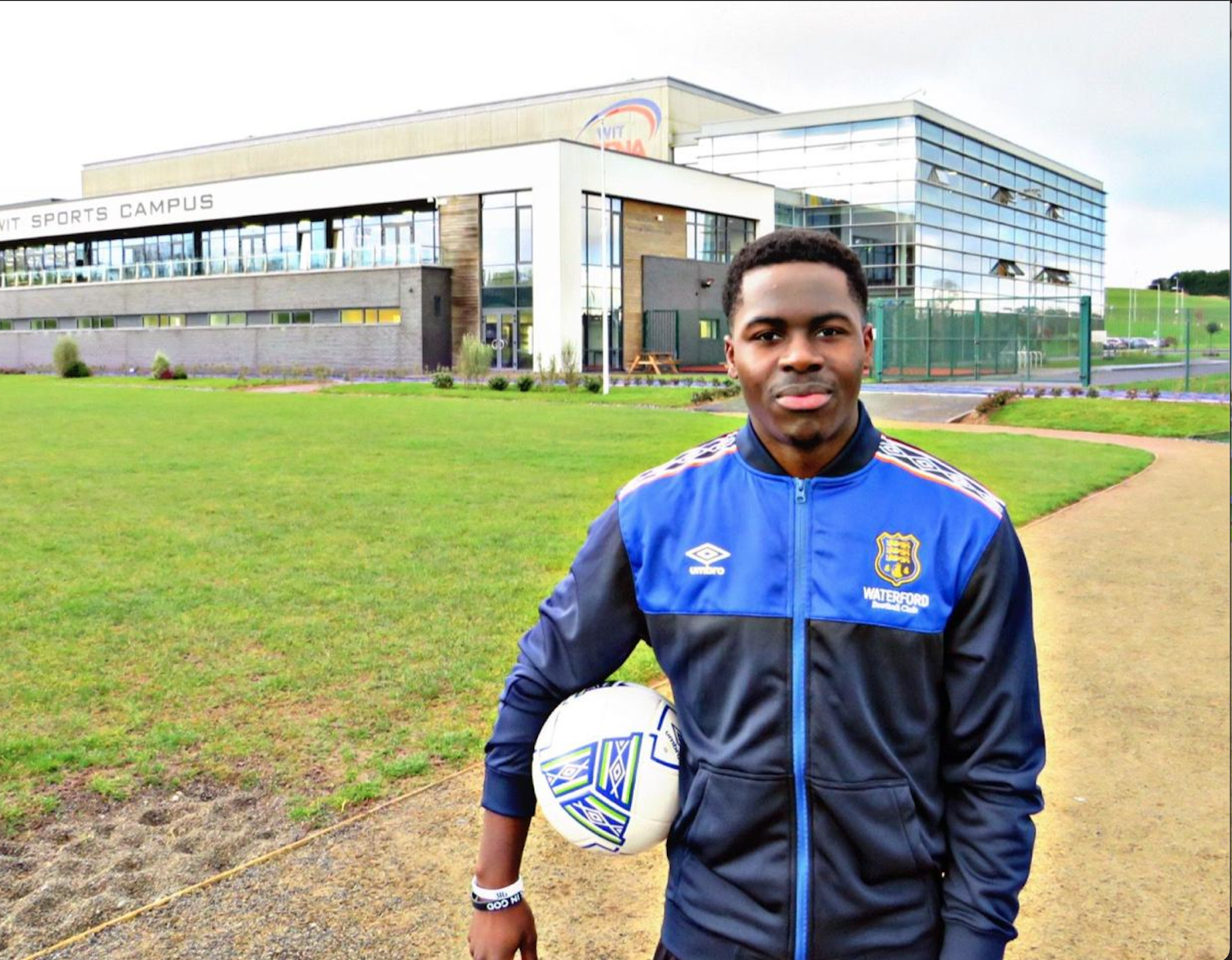 Waterford FC have signed another young exciting prospect, Nigel Aris (pictured above), as the striker joins the club for the 2022 season after spending time at both Watford and Shrewsbury. Aris, who turns 19 tomorrow (Saturday), trained with the club last summer before committing on a contract for the 2022 campaign.

The signing of the pacey attacker will give manager Ian Morris further options going forward, and the Londoner has also been called up to the represent Nigeria at underage level.  Described as powerful and direct, Aris will be hoping to give the fans something to cheer about this season.

Speaking on his move to the Blues, Nigel Aris told WaterfordFC.ie that he loves “attacking football”, and that fans can expect “pace and skill.”

Full story and a report on the Blue’s Saturday friendly with Dundalk in Tuesday’s Waterford News & Star.