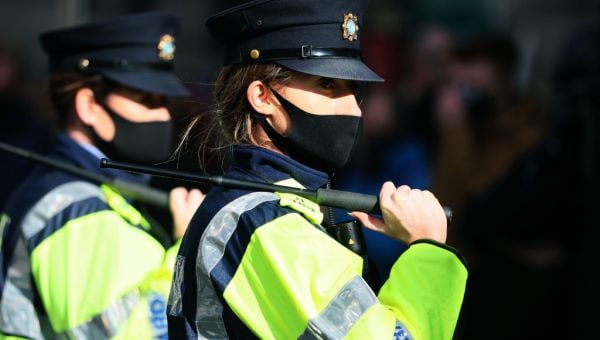 Fraud and blackmail offences surged last year, according to An Garda Síochána, while there was a marked reduction in many other areas of crime.

Provisional crime statistics for 2021 show reporting of fraud and blackmail/extortion more than doubled nationally, up 111 per cent and 71 per cent respectively on the year before.

Gardaí attributed periods of lockdown and other restrictions as having a “significant effect” on crime levels, along with operations such as Operation Thor, which has reduced the rate of winter burglaries since its introduction in 2015 by targeting organised crime gangs and repeat offenders based on intelligence and the latest burglary trends.

Both sexual offences and ‘crimes against the person’ such as murder and assault resumed an upward trend in 2021 after plateauing in 2020, gardaí said.

Gardaí said the increases may relate to a change in reporting behaviour, whereby victims are increasingly likely to report sexual crime, along with ongoing efforts by An Garda Síochána to improve data quality and recording.

Crimes against the person rose 4 per cent last year on 2020, with human trafficking offences doubling and reports of harassment and threats increasing 23 per cent.

Manslaughter offences meanwhile dropped 67 per cent while murder was down 35 per cent.

Gardaí noted that data on crimes against the person is based on low volumes, so percentage changes are liable to large variation.

Total public order incidents, like other types of crime, saw a reduction in 2020 but rose 2 per cent last year, with drunkenness offences increasing 3 per cent although public order offences were down 4 per cent on 2020.

Drugs offences and offensive weapons offences reduced overall, down 13 per cent and 19 per cent respectively. More specifically, fireworks offences were down 41 per cent while cultivation or manufacture of drugs dropped 35 per cent.

During 2021, fatal road traffic collisions and serious injury collisions reduced by 11 and 2 per cent respectively.