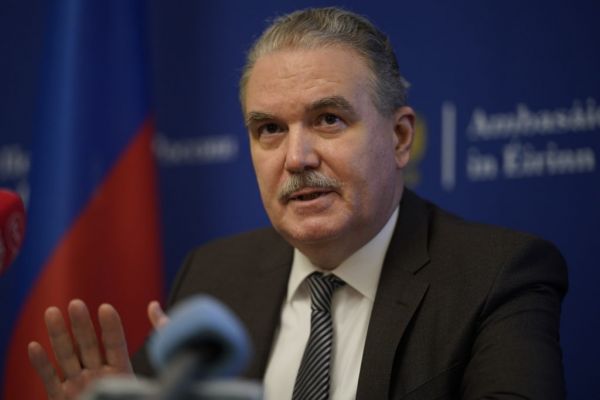 The Taoiseach has said he would be worried for the safety of local fishermen, if they insisted on fishing near an area set to be the focus of Russian naval exercises.

The artillery drills are due to take place at the start of February in international waters but within Irish-controlled airspace and the country’s exclusive economic zone.

The planned drills have caused considerable upset and controversy in Ireland.

Representatives of the Irish fishing industry met the Russian ambassador to Ireland Yury Filatov on Thursday, later claiming to have been a given a guarantee that their fishing grounds will not be affected by the navy exercises.

That claim was partially disputed by a spokesperson for the Russian embassy, who said it was “not true” that an agreement had been reached on “buffer zones” in the area for fishing boats.

Describing the meeting as “good” and “productive”, the spokesperson said that Mr Filatov told the fishing representatives “that these drills will not do any harm to their interests” and that he “urged them to refrain from any provocative actions which might endanger all involved”.

Mr Filatov has been asked to appear before the Oireachtas Foreign Affairs Committee to take questions on the row and the tensions at the Ukraine-Russia border.

On Friday, Mr Martin was asked by reporters if he had any advice for the Irish fishermen working in the waters.

“I think people, first and foremost, have to be conscious of safety. And in our view, that is not exactly the safest thing to be doing – to be fishing close to where military drilling is taking place,” he said.

“We will, at some stage, engage with the fishermen on this and take advice on that, but there needs to be balance here and proportionality in how this is addressed, but safety always has to come first.”

The Department of Transport has issued a marine notice that the Russian navy is set to carry out manoeuvres off the south-west coast of Ireland from next Thursday.

Mr Martin said he was still “hopeful” that conflict can be avoided between Russia and Ukraine.

“First of all, we would hope that dialogue can triumph here. And as long as people are talking I would still have hope. In terms of the major players here, it is extremely important that we avoid conflict,” he said.

“First of all conflict leads to unnecessary loss of life. The situation here doesn’t merit any military conflict at all.”

He acknowledged that any conflict or sanctions imposed on Russia would have a detrimental economic impact on Ireland.

“If conflict starts there will be economic consequences and repercussions which will damage the entire world, Europe and of course this country also.”

“No one can escape the consequences of sanctions entirely and that is an unfortunate reality,” he told reporters in Cork.