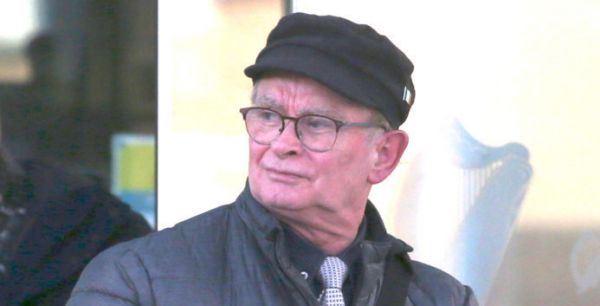 Two men have been spared jail for breaking stay-at-home Covid-19 restrictions to attend an anti-lockdown protest outside the Four Courts in Dublin.

The protest coincided with the Court of Appeal appearance of Gemma O’Doherty and John Waters on January 20th last year, when they attempted to challenge the constitutionality of laws introduced in response to the pandemic.

Self-described digital photo-journalist Russ Merne (74) of Killeland Rise, Ashbourne, Co Meath, was found guilty of breaching amendments to Health Act 1937 by leaving his residence without an excuse and refusing to give gardaí his name.

The pensioner had denied the charges and maintained he wanted to get pictures of the event and had his camera gear in a backpack.

He claimed gardaí did not caution him that it was an offence punishable by a fine of up to €2,500 and a maximum six-month sentence.

She explained that it was to “engage, explain and encourage” the regulations to 80–100 people protesting for more than two hours.

They were initially at the Four Courts but then moved across the Liffey to the south quays. The Chief Superintendent said some of them dispersed, but “a core remained at the scene”.

She agreed that Merne told her a woman he knew was suffering from a panic attack and that medics attended to her.

However, she said he refused to give his name and address before his arrest, despite being cautioned about the consequences.

She said it happened a day after 200 deaths caused by Covid-19 were recorded.

A Garda Sergeant denied shoving Merne and said he led the man to a Garda van. He also told the court the accused ignored gardaí.

The prosecution evidence was that while Merne may have had photo equipment with him, he did not use it at any stage.

Merne, who defended himself in the hearing, testified that he was a legitimate photo-journalist. He said he supplemented his pension with photography sold via stock photography agency Alamy.

He explained that he was at the Four Courts to witness the Gemma O’Doherty and John Waters case, and he was hoping to get photos. He was among their supporters but wanted to help his friend having a panic attack.

Cross-examined by a State solicitor, it was put to him that he was in the midst of the gathering. However, if he had been getting pictures of it, he would have been separate from the crowd.

The prosecution questioned him about his attendance at the Four Courts and said he was not required or summoned to be there but went “to have a look”.

“No, I wanted to witness justice being done,” he replied.

Finding him guilty, Judge Kelly remarked that the country was then under severe restrictions at the height of the pandemic.

She said Merne was not under a legal obligation to be at the proceedings in the Four Courts.

While he had done impressive photos for Alamy, she was satisfied he was not contracted to be at the scene, she added.

She noted he had no prior criminal convictions and told him that she would apply the Probation of Offenders Act if he donated €100 to suicide prevention charity Pieta House before March 24th.

Landscape gardener Colm Larkin (32) of Esker Park, Lucan, Co Dublin, pleaded guilty to the same charges, breaking the stay-at-home regulations to go to the protest and refusing to give his name to gardaí.

Judge Kelly heard he also had no prior offences and wanted to travel abroad, but a conviction could hamper that.

Judge Kelly said he co-operated after arrest and took responsibility for his actions. She gave him the Probation of Offenders Act after he donated €200 to Pieta House.