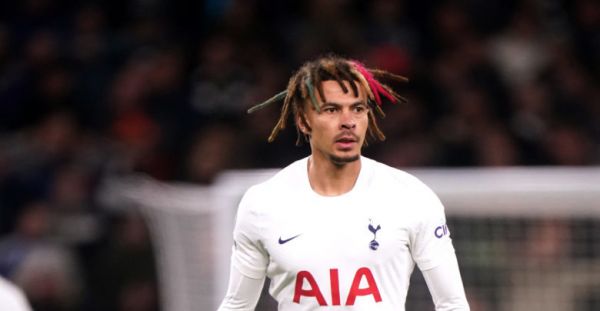 Dele Alli is relishing the opportunity to work with new Everton manager Frank Lampard as the England midfielder attempts to revive his career on Merseyside.

Alli, 25, signed a two-and-a-half-year contract at Goodison Park as his seven-year stay at Tottenham came to an end in the final minutes of the transfer window on Monday.

“To get the opportunity to work with him now is very exciting and I’m sure we’re going to do great things together.

“I just want to be happy playing football and working with Lampard and the great players they’ve got there.

“I think it’s is a great opportunity to do that. I’m excited to go there and show the fans what I can do and help the club as much as I can.”

Lampard also secured the services of Donny Van de Beek on deadline day, the Holland midfielder joining on loan from Manchester United for the remainder of the season.

Like Alli, who was a member of Gareth Southgate’s 2018 World Cup squad but has struggled under a succession of managers at Spurs in recent seasons and fallen out of the England reckoning, Van de Beek has failed to impress.

The 24-year-old joined United in a £35million move from Ajax in 2020 but has made just four Premier League starts for the Red Devils.

“I think it is a great club,” Van De Beek told the Everton website.

“There are really good players here and I came because I want to help them go up the table.”

Everton are only four points above the relegation zone having won just once in the Premier League since the end of September.

Lampard will take charge for the first time in Saturday’s FA Cup fourth-round tie against Brentford at Goodison Park.

Ushering in the new era, owner Farhad Moshiri said of Lampard on Everton TV: “It’s the most important signing we can get in this window. I’m optimistic.”