Shelved N24 and N25 projects “have long been thought-out.” 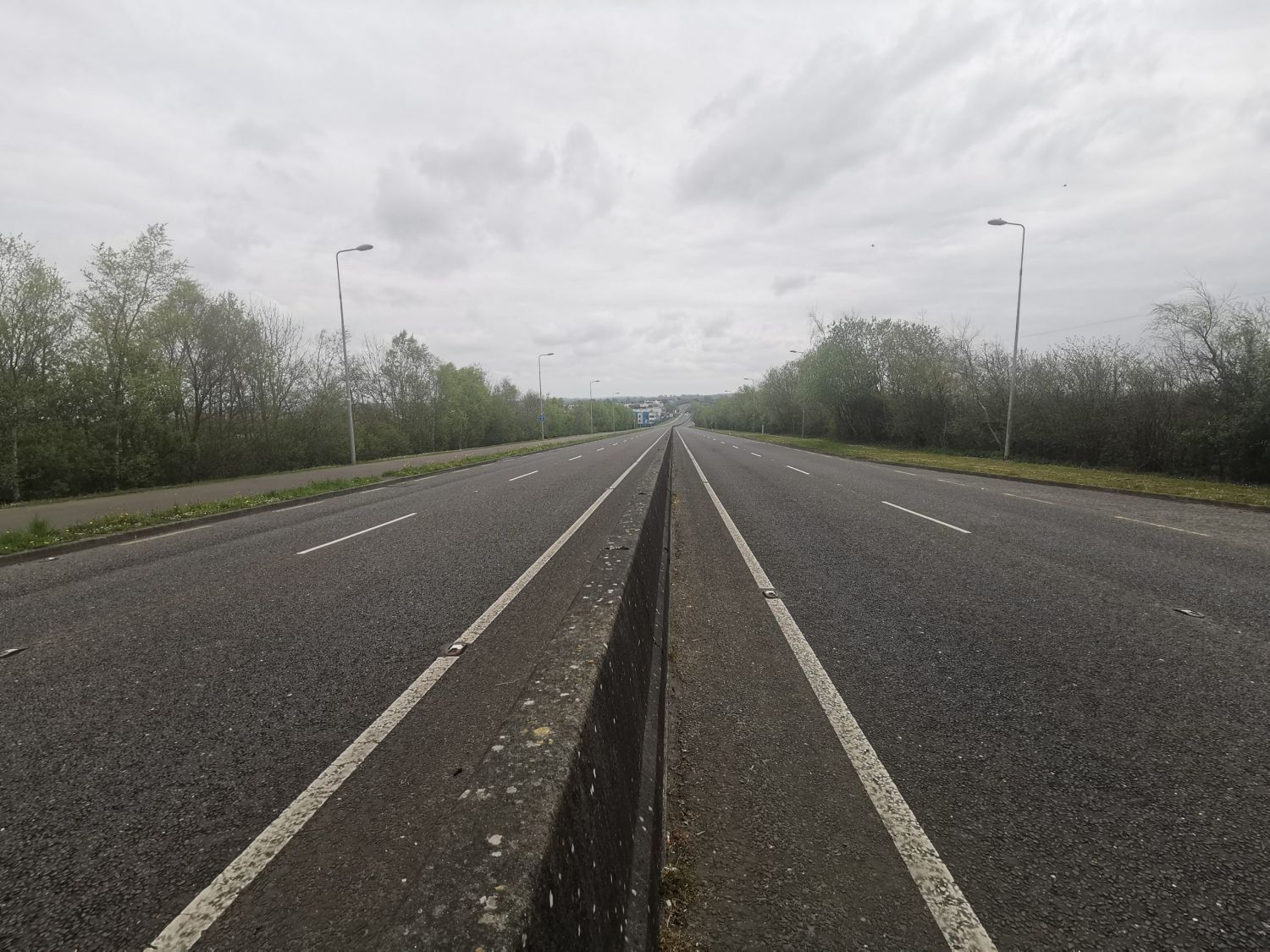 Waterford’s Outer Ring Road – ideally how the N24 between Waterford and Cahir would look if requisite funding was made available.

AN Independent Senator has highlighted concerns shared with him by Councillors in Waterford and Tipperary about the stalled N24 (Waterford to Cahir) and N25 (Waterford to Glenmore) road projects.

Senator Victor Boyhan, a former member of Dun Laoghaire Rathdown County Council, said he had received representations from elected members in the South East regarding both developments. The shelving of road projects in six other counties had also been brought to his attention.

Speaking in the Seanad yesterday (Tuesday), Senator Boyhan sought a statement from Transport Minister Eamon Ryan (GP) as to why these projects had been shelved.

“The Councillors who raised the matter with me said that they were somewhat concerned by the official statement issued by the Department and the Minister, in which the Department of Transport confirmed that the projects had been stalled and would be considered for funding next year or possibly the year after,” he stated.

“An explanation of the rationale for the decision is required. What is the logic for it? There may be other valid reasons for the decision that people are simply not aware of. Perhaps they have been missed. However, I think there is, and was, an expectation among the Oireachtas Members in these areas and indeed, the citizens and people who travel on these roads and their local Councillors, that these works would be done.”

Senator Boyhan, echoing a point made by South Kilkenny and Waterford representatives to the Waterford News & Star on this matter, told the house that “the projects are not new; they have long been thought-out”.

He continued: “When people hear and read that local, and particularly important, road projects are shelved for an indefinite period, there is some concern. It is happening at a time when I thought there was a substantial amount of money around for critical infrastructure, which these roads are. We cannot argue with that. It is important to have critical infrastructure for the travelling public but also for the commercial life and the economy of the country.”

Said Minister Troy: “When the roads projects office is undertaking its planning, it is important for it to have certainty regarding when these projects can progress.

I have been consulting with the Minister for Transport in this regard. He has assured me that he has brought my concerns to the attention of TII. I assure the Senator that on foot of his strong contribution on behalf of the Councillors in the respective counties that I will now go back to the Minister to ask him to engage with TII to bring certainty and clarity in respect of the road projects highlighted in the Senator’s Commencement matter.”

In reply, Senator Boyhan stated: “We need some sort of indication now that these projects will be back under way in 2023. I say that because there is some disappointment in this regard and a suggestion that certain elements of the Government are not pro-roads to the same extent. These projects, however, are critically important. They concern rural connectivity, communities and the economy.”

Minister Troy commented: “Nobody likes to see a road project on schedule moving backwards. We want to see these projects continue to move forwards…Some of these roads are very dangerous. They have a high frequency of accidents and require upgrading. I have undertaken already, and I do so again now, to bring the Senator’s concerns back to the Minister for Transport and to try to ascertain a clear timeframe for these projects.”

Interestingly, the TII’s Major Roads Project Active List (March 2021) describes both the N24 and N25 routes proximal to Waterford as having a twice above average collision rating.

The section of the N24 that has been approved for funding this year, extending from Cahir to Limerick Junction, has been classified as being above average using the same metric. 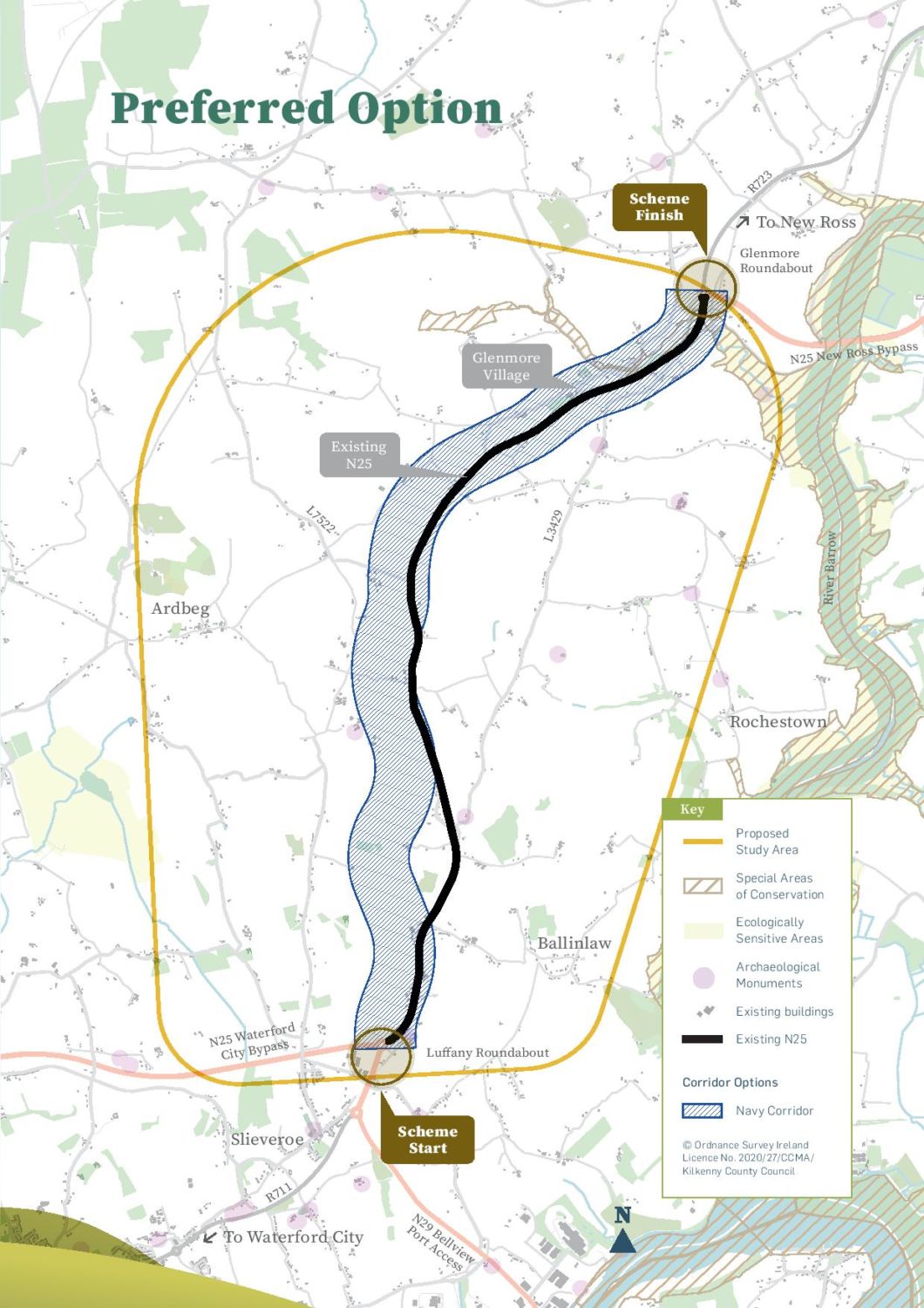 The preferred route identified for the stalled N25 Waterford to Glenmore Road.