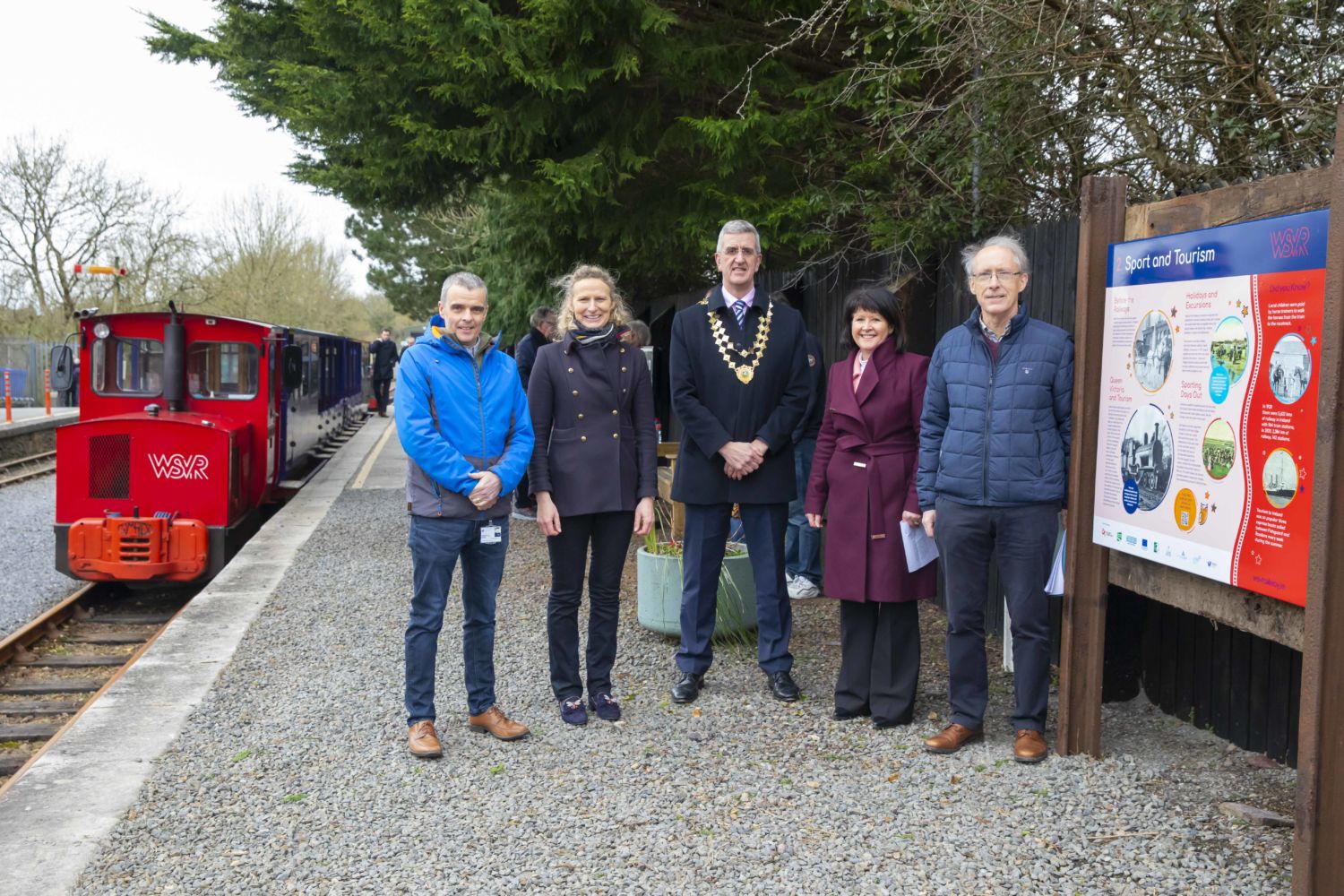 Under thankfully benign skies, guests at the well-attended launch saw at first hand the colourful and informative displays which mark the final stage in WSVR’s rebranding, which began back in 2019.

Standing on the line itself to address the gathering, a delighted WSVR Manager Maria Kyte said she was delighted to see the new displays on site.

“It’s been a pleasure to work with (Dungarvan-based branding agency) Totem in delivering this project,” she said.

“Colin and Oren Byrne and their team have delivered us a brand which really captures what the Waterford Suir Valley Railway is all about and we’ll be proud to use it as we continue to develop the story of rail in the future.”

Ms Kyte also thanked Finola Howard of How Great Marketing Works, recalling how Ms Howard’s father Michael “gave his time and expertise to Waterford Suir Valley Railway for many years. Finola facilitated the brainstorming meeting of all stakeholders of the railway to design the brief for rebranding. From this, we discovered while we were doing a good job at operating the railway, welcoming guests and running events, we weren’t so good at telling our story and telling the story of rail and we figured that this had to change.” 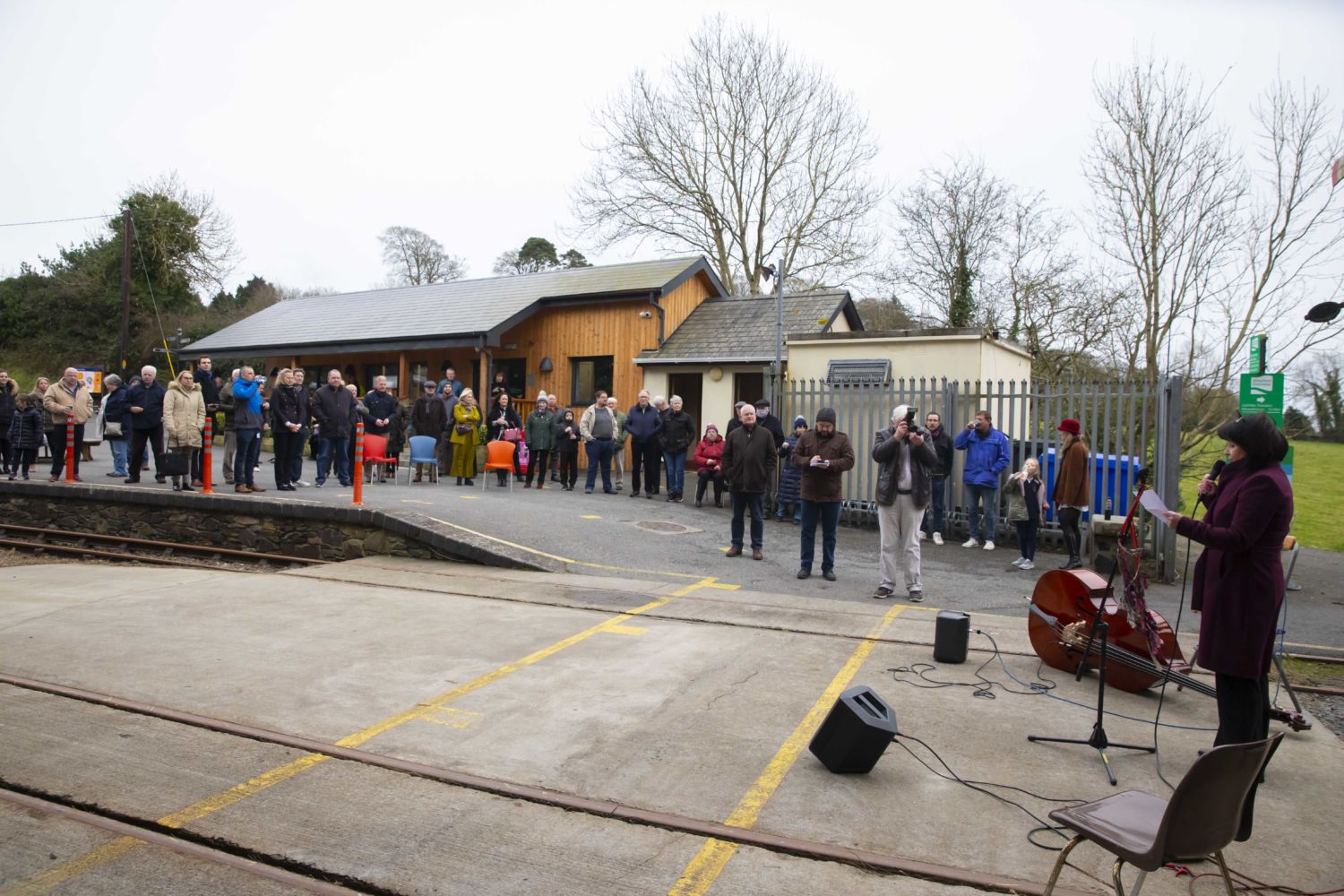 Each storyboard features its own theme: the story of rail itself, of time, of emigration, sport and social history, how the railways were built, what they were used for, how they mirrored Irish society, and, of course, the story of WSVR itself! The text for each board (held by old rail and sleepers from the station) was structured and edited by writer Miriam Mulcahy, whose work was funded by Fáilte Ireland.

“It was not an easy task to condense the history of rail and the 22-year history of WSVR into a few paragraphs,” Ms Kyte conceded. Families with a long association with the line – which opened in 1878 after an eight-year construction project – were consulted when the storyboard content was being assembled.

Among those consulted was Minnie McGrath (nee Mackey) whose mother, Margaret Donnelly, worked as a gatekeeper on the line at nearby Kildermody.

“Her father was a ‘ganger’ (responsible for the supervision and management of a section of the physical line itself) and he was also a gatekeeper,” said Mrs McGrath.

“Her mother before her was a gatekeeper and I had four uncles – all Donnellys – who worked on the railway. I live at the first railway gates where my mother and the other eight Donnellys were born and reared so I’m really steeped in it. I used to come down here to get oil for the signal lamps from Batty Nolan – I was only a teenager at the time. And my first cousin Des O’Keeffe is one of the carriage drivers here too. The connections run deep.”

Speaking to the Waterford News & Star at the launch, Mrs McGrath said: “To see so many people passing through here now, enjoying the rail or using the Greenway, is just great. My husband, John, who has an electric bicycle, is out on it every day here. We often come down here for a cuppa (at the Whistlestop Café) and it’s lovely to see the place so busy nowadays.”

The 40-minute WSVR round trip departs from Kilmeadan Station at the following times this week: Monday to Saturday 11am, 12noon, 1pm and 2pm and on Sunday at 12noon, 1pm and 2pm. To find out more, call (051) 384068, email [email protected] or visit www.wsvrailway.ie.

See next week’s print edition (Tuesday, March 1) in which we interview WSVR Manager Maria Kyte in our ‘WellSaid’ slot! 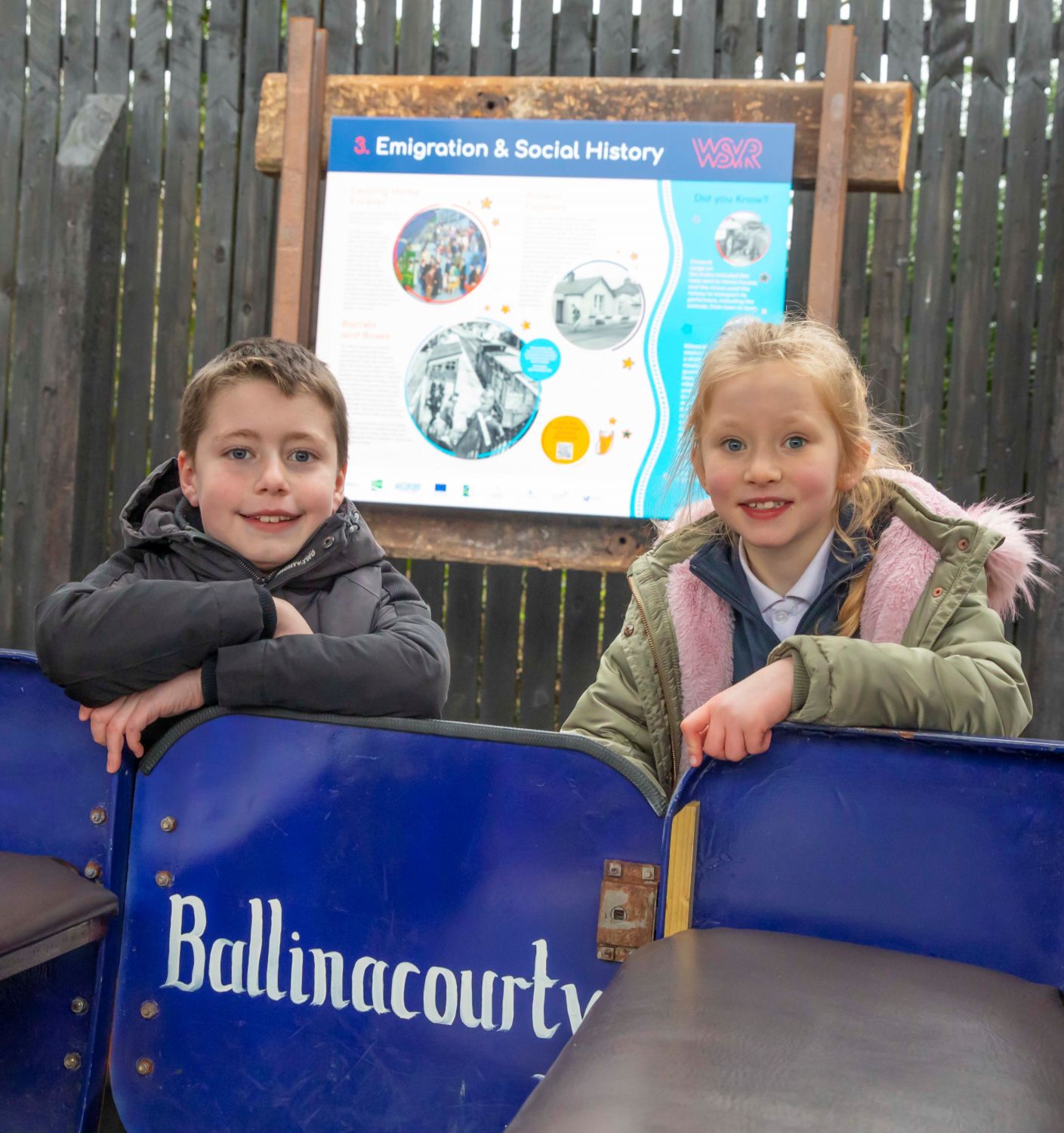