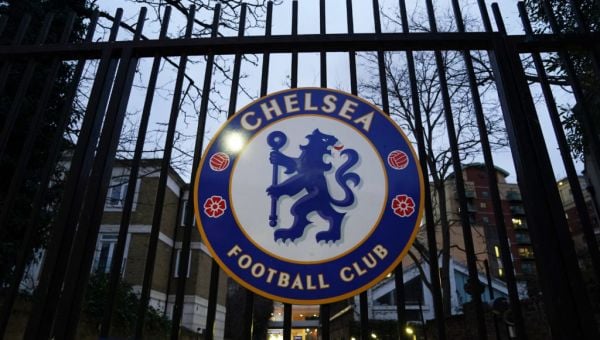 Turkish billionaire Muhsin Bayrak is the latest bidder to enter the race to buy Chelsea, his company AB Group Holding has confirmed to the PA news agency.

Roman Abramovich put Chelsea up for sale on Wednesday night, in a move that will bring an end to his glittering 19-year ownership of the Stamford Bridge club.

Chelsea are understood to have already received several serious significant offers, with the team handling the sale still expecting more bids to be submitted.

And now construction, energy and technology magnate Bayrak has revealed he is among those to have lodged a bid for the Blues.

“We have forwarded our offer regarding this.”

Merchant bank the Raine Group is handling the bid process for Abramovich, who has led Chelsea to 21 trophies in his near 20-year stint with the west London club.

Russia’s continued invasion of Ukraine has forced Abramovich’s decision to sell the club, with the 55-year-old considering owning Chelsea the “privilege of my lifetime”.

The sale process is understood to be at the stage of gathering bids, with reviews only taking place once all offers are submitted.

American billionaire Todd Boehly fronts the most high-profile bid for the Blues so far, with the LA Dodgers part-owner having teamed up with Swiss magnate Hansjorg Wyss.

Turkish businessman Bayrak runs one of his countries most successful enterprises however, and remains determined to push forward with a purchase of the Blues.

“We will fly the Turkish flag in London soon,” said Muhsin Bayrak.

“We are negotiating the terms of the purchase of Chelsea with Roman Abramovich’s lawyers.

“We are in the negotiation phase for the signatures.”

Thomas Tuchel has pledged his future to Chelsea meanwhile, amid Abramovich’s impending sale.

Tuchel has led Chelsea to the Champions League, European Super Cup and Club World Cup titles since joining the Blues in January 2021, and insisted Stamford Bridge remains the “perfect fit” for him.

The German manager has accepted the uncertain future around Chelsea’s ownership, but was confident the Blues would remain robust, whoever takes over from Abramovich.

Asked if the impending sale would alter his position, Tuchel replied: “No, I have the opposite of a problem staying here.

“I’ve said many times that I love working in the Premier League, I love being in England, I feel the tradition and the love for sports in general and for football in particular.

“This is an amazing place to be. Chelsea is – for my point of view – for me, the perfect fit. I love to be here, I love everything about the club and hopefully it continues.

“There is now an uncertainty, but isn’t it always as a football manager? So I am used to it on, of course, different levels and this is quite the level I have to be honest. I am positive, and I hope things will end well.”

While Tuchel admitted Cech could offer no assurances, he insisted everyone in the Blues’ squad and staff knows how to keep focused on the football.

“We had a briefing here after the game, the day after the match, from Petr, who gave everybody in the building here, not only the players, a quick brief and explained the situation,” said Tuchel.

“There was not too much that we didn’t already know. Of course there is uncertainty, of course everybody will feel different about this, there’s 80 people in the building.

“Maybe it was just more the bottom line that we can allow ourselves to keep on going and to do what we did over the last days, to focus on sports and we are employees and we are right now still very privileged. That was more or less the message.

“Our owner decided to sell the club, but he sells a strong, solid and very well-organised club on the highest level.”

Tuchel was able to complete the clean sweep of global trophies for Abramovich, by defeating Palmeiras 2-1 in Abu Dhabi to claim the Club World Cup crown in February.

The Blues boss admitted the Chelsea squad should feel proud to have helped round off Abramovich’s glittering era with the club’s 21st trophy in the Russian’s tenure.

“At least we closed this cycle, for him and for his effort and his passion and commitment to the club. So it was good timing on this matter.

“He was and he is a very, very passionate owner who cares actually about the team, about the club, about the performance, which, personally, is very rare and makes it very special.”