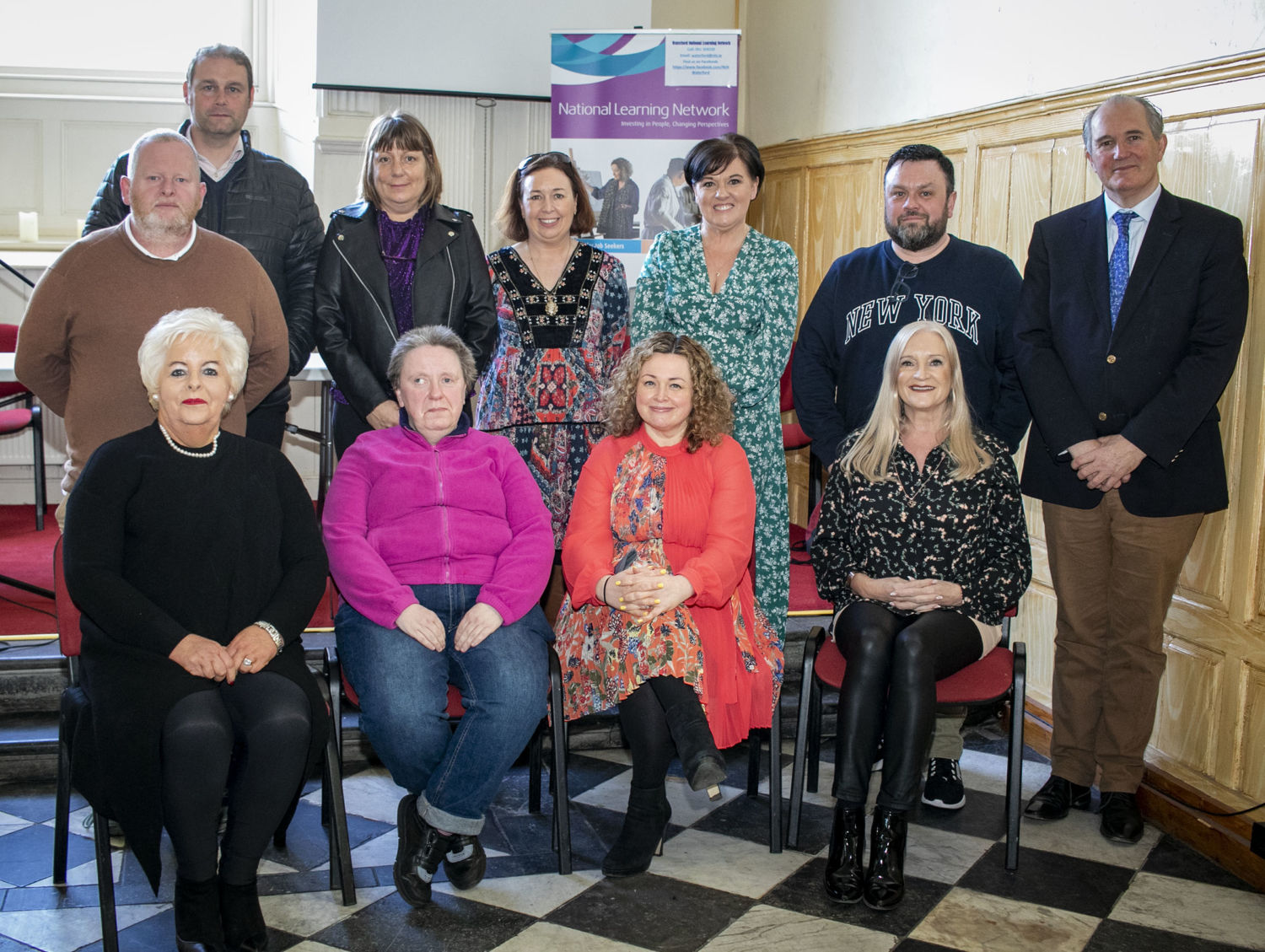 THE need to expand supports for both children and adults with autism was the most regular refrain shared by speakers who addressed the Waterford Disability Network’s (WDN) inaugural conference on autism.

The conference at St Patrick’s Gateway, which was held on World Autism Awareness Day (April 2) heard from TDs Matt Shanahan (Ind) and Marc Ó Cathasaigh (GP), who were both in attendance.

Referencing the strain in the school system in terms of the annual number of evaluations granted per school, Deputy Shanahan acknowledged: “That is not enough, unfortunately that is where we are at the moment but we are trying to change that.”

Deputy Ó Cathasaigh, who has been appointed to the special Oireachtas Joint Committee on Autism, said his interest in autism arose from his 15 years in teaching.

Having taught children who were diagnosed along with those who hadn’t been (“from your years of experience you begin to pick up the signs”), the Green Party TD spoke of “the cliff edges in terms of provision for people with autism. There’s a cliff edge at five or six when they transition from early school and childcare into primary school and another cliff edge faced at 18.”

The Oireachtas Committee, which met for the first time on Thursday last (April 6), is time-bound and has to produce a report within 12 months.

Kara Baumann of Dungarvan’s White Strand Foróige Club, the first such club for people with autism anywhere in Waterford (which opened in 2018), said the club was borne out of a need for parents “who wanted something better for their child”.

Kara, whose daughter Ariel was finally diagnosed after a very trying number of years, said the club currently has 20 members and eight leaders. “Anyone can do it,” said Kara when it came to the potential for establishing other such Foróige clubs in Waterford.

“We’ve kids that come from Ardmore, Clashmore, Villlierstown, Kilmacthomas and Bonmahon – basically a 20/30 minute radius from Dungarvan. We’re full to the brim and only took on three members this year because we lost one or two. We aim to provide activities and opportunities to develop mental, physical and social skills for the members via structured sports, games, arts and crafts, cooking, getting into the community and having fun.”

Ms Baumann noted: “Temple Grandin (a prominent speaker and author on autism) always says that 80 per cent of people with autism don’t work but we want to have it the other way, that the 80 per cent will work.” WDN’s Sean Rohan said that the network would happily accommodate a city or East Waterford-based Foróige Club free of charge at its New Street offices.

New Ross-based Teresa Carr Buckley is co-founder of the Dreambig Project South East, a venture for people with autism, which is aiming to develop a footprint in Waterford, Wexford and Kilkenny.

The new organisation’s Board of Directors which is due to be formalised by June, includes Waterford TD and Sinn Féin Health spokesperson David Cullinane.

Ms Carr Buckley hopes to establish a regional-based youth club, a social enterprise in the form of a restaurant, art gallery and bakery, along with a respite/independent living centre and a pre-school.

She stated: “We’re hoping to build apartments in connection with Focus Ireland or Respond for supportive living for people who are neurodiverse – we’re not autism specific – and that’s what makes this idea unique.”

Further Dreambig developments are expected in the coming months.

The success of Cork’s Rainbow Club, founded by Karen O’Mahony and her husband Jon in 2015, offers a template, which Dreambig is aiming to emulate.

Addressing the conference, Mrs O’Mahony said the club (which she described as “a massive community within a community”) is now supporting over 930 families per week, aided by 24 staff (four of whom are autistic adults) and 62 staff.

“We are not Government-funded,” she stated. “We have done everything through fundraising and donations and we have put together a magnificent organisation that’s now sustaining many of our supports and services. We cater for the whole family. Our vision is all about the holistic approach and the child’s journey, from when you start and right through – and we feel that every county in Ireland should have a Rainbow Club.”

Thanking Deputies Shanahan and Ó Cathasaigh for attending the conference, Sean Rohan referenced the support offered by both Cllr John Hearne (SF) who sits on the WDN committee, along with City & County Mayor Joe Kelly (Ind). 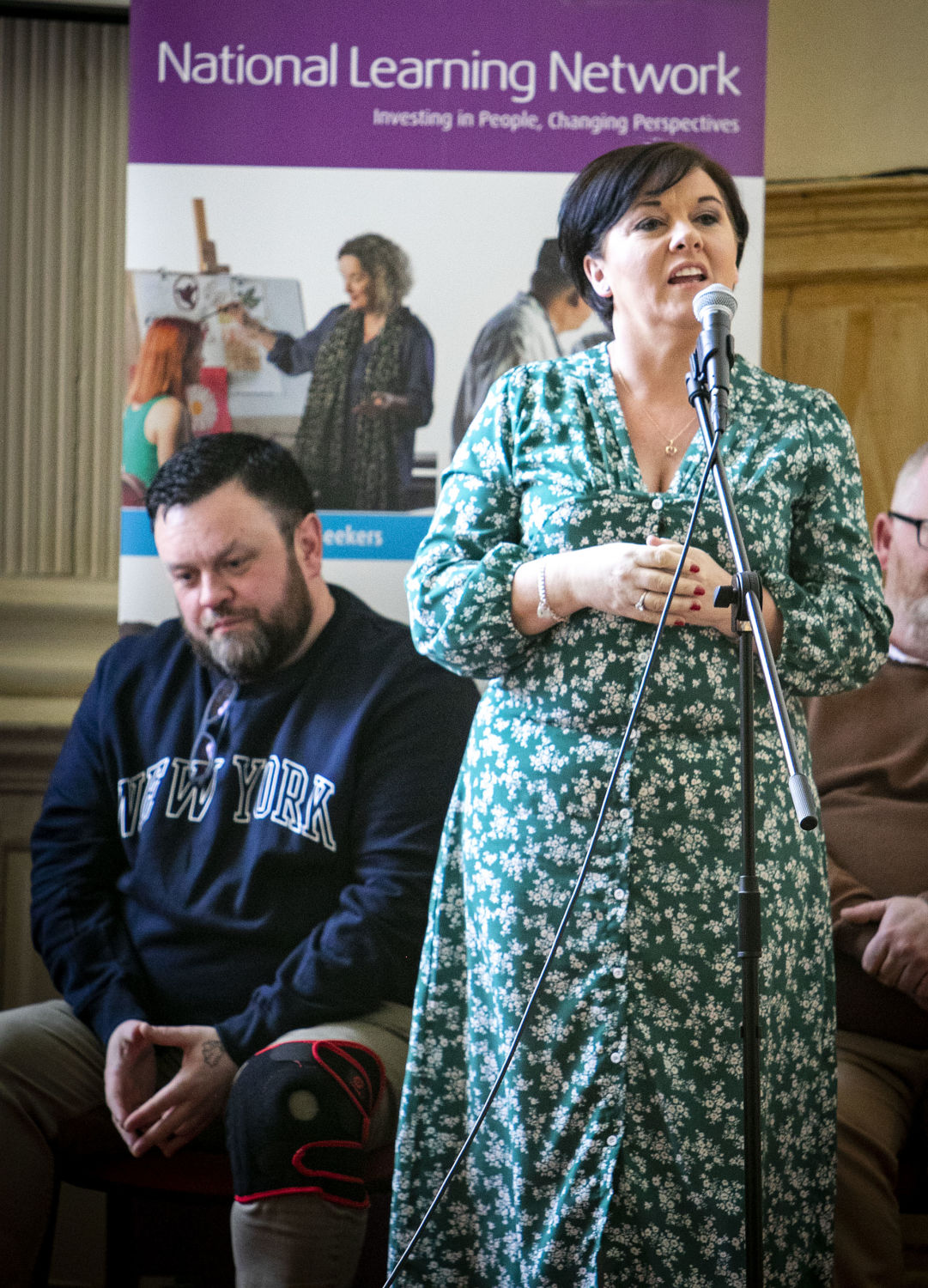 Karen O’Mahony, the co-founder of the Rainbow Club in Cork, is pictured addressing the WDN conference with Des McCarthy seated in the background.