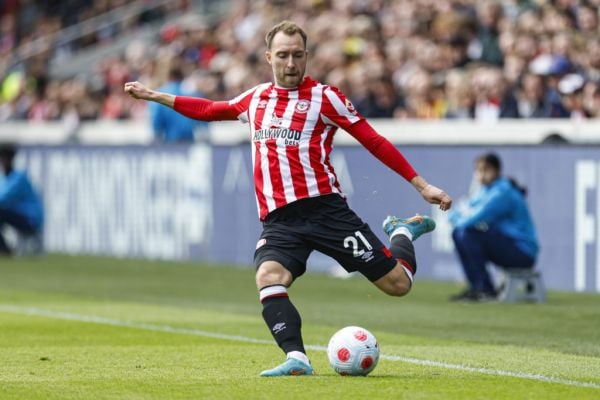 Tottenham boss Antonio Conte admits he is surprised by how well Christian Eriksen’s return to football has gone.

Eriksen has proved he is still at the top of his game after a remarkable recovery from last summer’s cardiac arrest, helping to fire Brentford to Premier League safety.

The Bees, who signed the Denmark international in January on a deal until the end of the season, have won every game that he has started and he comes up against his former club Spurs and old Inter Milan boss Conte on Saturday.

Conte expressed caution over how Eriksen would perform when asked about whether he contemplated bringing him back to Spurs in January and was not expecting him to perform at the level he has.

“Honestly, no one knew the possibility of Christian coming back to football. It was a surprise for everybody,” he said.

“I think in this respect, Brentford was very good to understand the situation and to go into the situation, and to sign Christian. I’m really surprised but I’m not the only person surprised to see him playing in this way.

“I don’t want to remember what happened to him because it makes me very sad. But to see him now playing at this level is incredible. It’s amazing. I’m very happy for him. For sure, he had always great joy in playing football. But if before he was enjoying it 100 per cent, now it’s 200 per cent.

“Because to go from a situation where you can’t play football for the rest of your life, to playing football again, I think that makes you happy and makes you enjoy this sport, and your passion, much more.

“I wish for him and his family the best. They deserve it and it will be a great joy to see him on the pitch, playing and doing what he likes to do.”

Conte signed Eriksen at Inter in January 2020 and initially left him on the bench as the Dane struggled to adapt to life at the San Siro.

However, his quality shone through and he fought his way into the team, helping Inter to the Scudetto last season.

“So I think he needed a bit of time to understand my idea of football. But when he did this, he became a really important player for us.

“I see at Brentford they are playing sometimes 3-5-2 or 3-4-3. And in 3-5-2, he is doing the same things he did with Inter by being their playmaker. But when you have a player with great availability to improve themselves and put themselves at the service of the team, it’s easier for a manager.

“And Christian is one of these types of player. I don’t remember once that he complained when he was on the bench. A top player, a top person in every moment.”