LAST night marked a very important step for a future theatre space in Tramore. A public meeting, chaired by James Power and Garrett Wyse, was attended by a large crowd of Tramore people- comprising business-people, politicians, stakeholders, and representatives from community groups. Serving as an information evening and a public think-tank, the meeting concluded with clear objectives for the project: to establish a board of directors and register as a Company Limited by Guarantee. Once done, this will pave the way for grant applications and Council support. Upstairs in the Victoria House, the room was filled with hope, frustration, and excitement as Tramore’s reputation as the ‘poor relation’ in the arts scene is set to change. 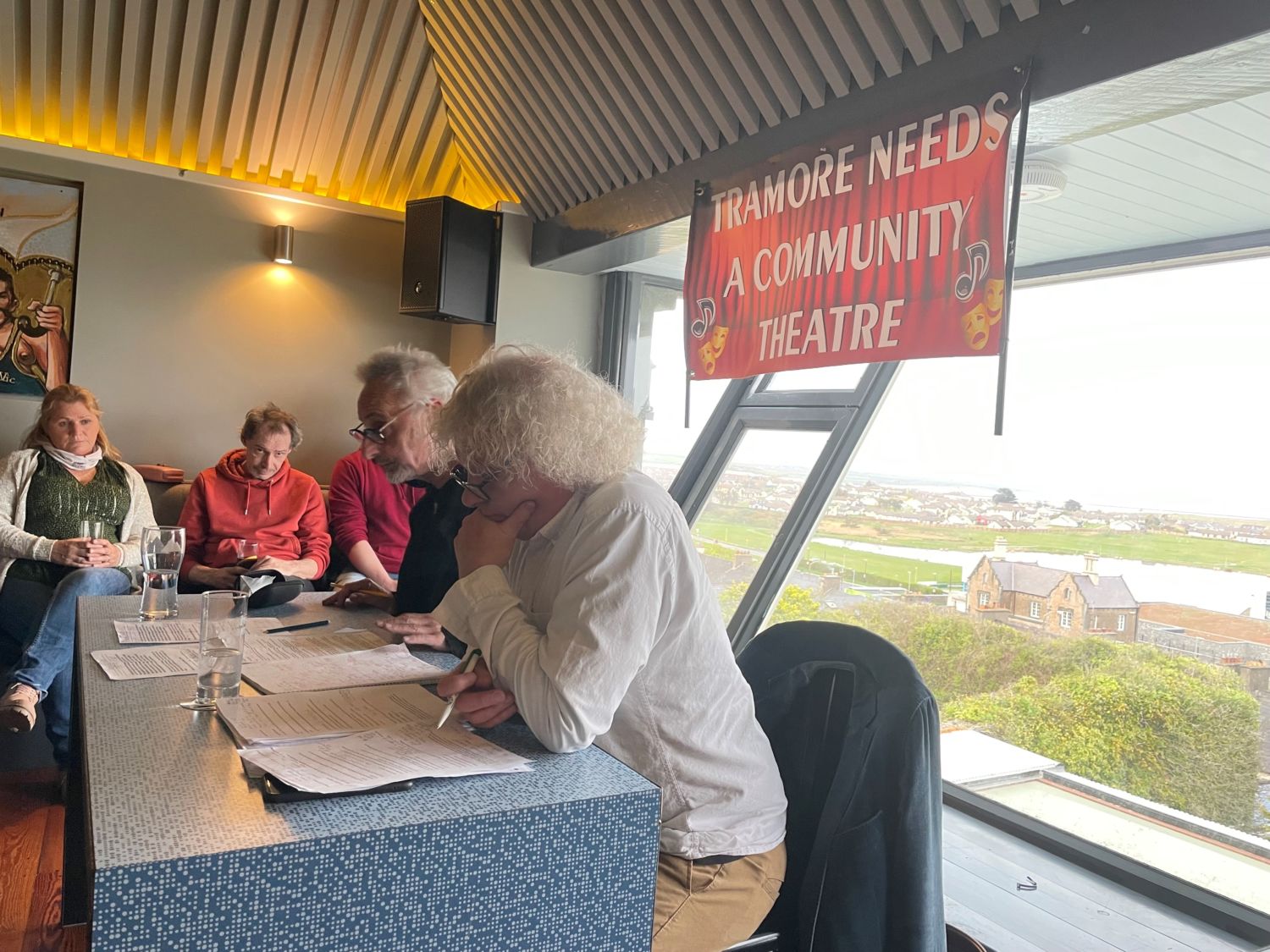 At April’s meeting of the Metropolitan District, the need for a theatre space in Tramore was raised by Cllr. Jim Griffin (SF), Cllr. Joe Kelly(IND), and Cllr. Cristiona Kiely(Green), who all urged Council executives to embark on a feasibility study of a potentially suitable Council owned property, to see what can be done. While no commitment was given, it was agreed that this would be something which would be further looked into. Opening the meeting, Garrett Wyse extended his thanks to those Councillors for bringing the idea of the theatre to the attention of Council executives.

Delivering an impassioned speech, James Power, artistic director of Stagemad extolled the virtues of theatre and the creative arts for all ages, but particularly for those who are young and seeking a place to belong. He reinforced his mission to bring a theatre space to Tramore, not merely for this generation but so that families can build legacies therein of writing, acting, stage direction, and more.

He said: “I travel all around with my plays and I am always asked when I will be staging a play in my own town. This summer will be the first time in my life that I am actually staging a play in Tramore, in my town, and it is the pride of my life to be able to do so in Lafcadio Hearn Japanese Gardens. However we need a public theatre space, where all members of the community can unite, where Tramore can again be known as a centre for the arts, and we can stop sending people out of the town to attend a show.”

The site of the former Railway station was visible and lit from the meeting vantage point in the upstairs room of the Victoria House pub. It was mentioned as a possible location during the Metropolitan Council meeting, and has historically been the subject of an independent study undertaken by James and Garrett when seeking a  suitable space. Garrett, who has extensive experience in dealing with funding applications and establishing CLG’s said there are several funding streams which could play a vital role in establishing the theatre if Council executives can identify and lease a site to the community for the theatre. He also raised his desire to see a theatre studies educational option within the theatre for secondary school students, and for learners of all ages in tandem with WWETB.

Áine McCarthy-Kent, who is synonymous with traditional music in Tramore, raised the prohibitive issue of costings when hiring a venue such as ballroom space in a hotel for the purposes of a showcase or performance. She supported the proposed idea and reminded Garrett and James that the arts does not generate large profits and so any fees charged should take that into consideration.

Also present was Seán Aylward, Former Secretary General, Department of Justice, Equality and Law Reform, and current Chair at Solas and Waterford Community Safety Partnership who leaned on the Greek legacy of the arts to support his views.

“The word Agora is an idea from the Greeks,” he said, “a public space which was the town square where everything happened- the play, the debate among the citizens, the talks from thought-leaders and everything you have said tonight can all be achieved in that space. There is a space in your concept which could be used all day, every day for talks, lectures, classes, and you need to bring the ETB(Education and Training Board) in as partners on this from the outset. Give them the opportunity to input into the vision and see what can they come up with. I know the ETB is seriously underprovided for here in Tramore and I know they are looking at options.”

Cllr. Joe Kelly, Mayor of Waterford supported the idea vocally, but reminded both James and Garrett that until such time as a board is established from the community, then this cannot be progressed further. Marc Ó Cathasaigh TD agreed with Cllr. Kelly on this point and said the idea will be supported on a Council level, on a TD level, and on an MEP level as Tramore is served so well in all of those positions, however the ‘Who’ and the ‘What’ need to be further reinforced before a ‘Where’ can be agreed upon. 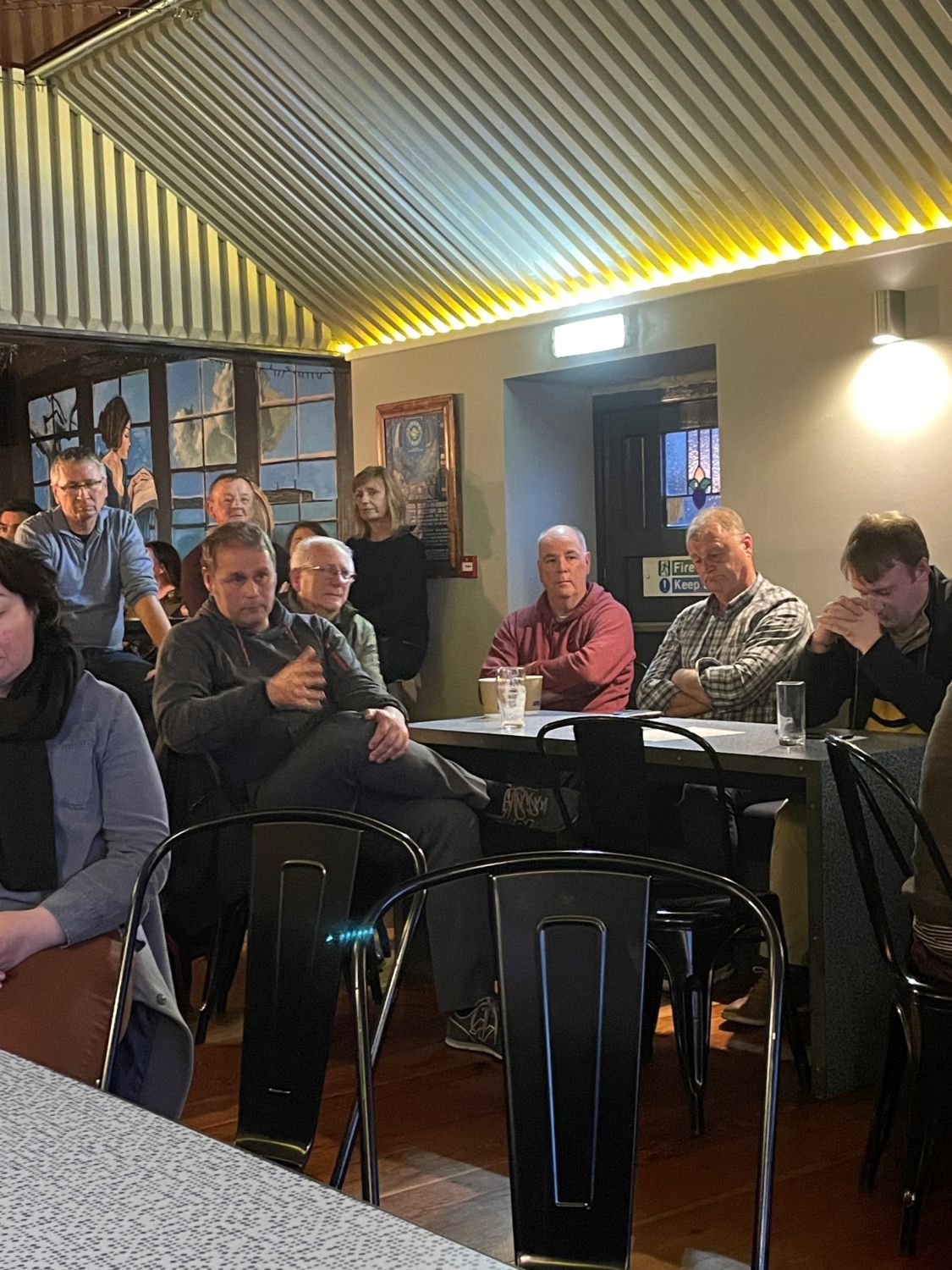 In referencing the ‘What’, Deputy Ó Cathasaigh was responding to queries from the floor which asked whether this vision was for a theatre, an artistic space, a community hall, or another such building. Response from organisers was clear, this idea was initially established as a Theatre for the People, however based on the enormous outpouring of support and interest, it has evolved into an artistic theatre space, with room for exhibitions, meetings, and community groups.

Cllr. Cristiona Kiely (Green) was unable to attend the meeting, however she sent the following ahead of the meeting:

“It’s great to see the arts community in Tramore get behind the campaign because their backing and support is crucial at this early stage. The people who will eventually use the theatre will be crucial in identifying the exact requirements for a space. We have a very strong summer tourism season in the town but an events space such as this will bring year-round business to our hotels, restaurants, and local economy with knock-on benefits to us all. I have supported this since I became a Councillor.”

After the meeting, Cllr. Joe Kelly spoke to the Waterford News & Star.

“The railway station in my mind is a terrific location, Council executives have long been looking at the space in terms of usage and while inside the building would not be suitable, the grounds surrounding it would be ideal if the works were designed tastefully. The site is at the lower end of the town, meaning those travelling to use it can park nearby, can avoid hills, it is close to hotels, restaurants, the beach, public transport, it is ideal. The arts are very important, and I say that in my own life as well as in the interests of the public, this would be a very important addition to Tramore but it’s important that a board is established from the community because without it, it doesn’t truly represent the people of Tramore.” 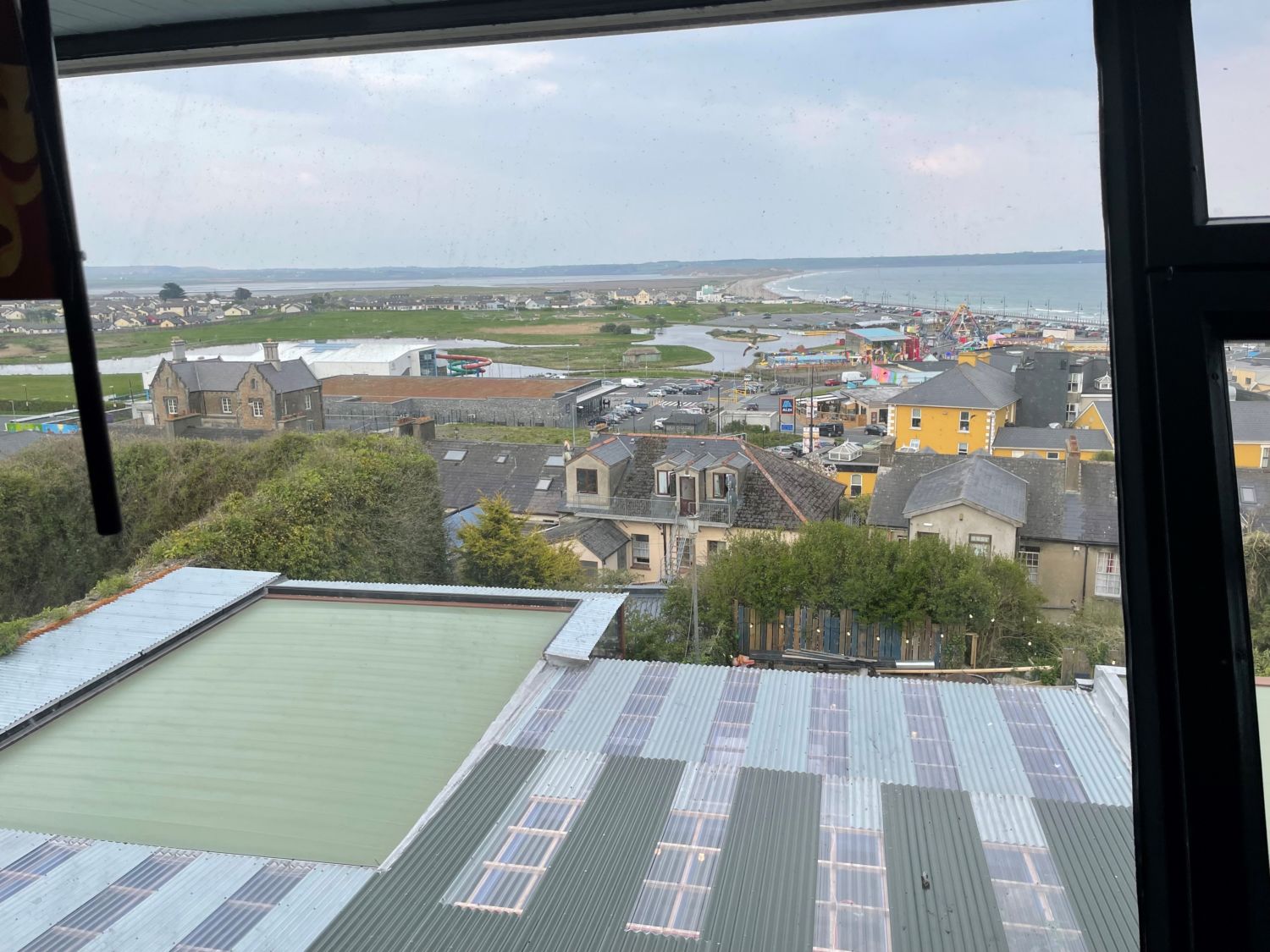