At the Movies: Nicolas Cage as… himself! 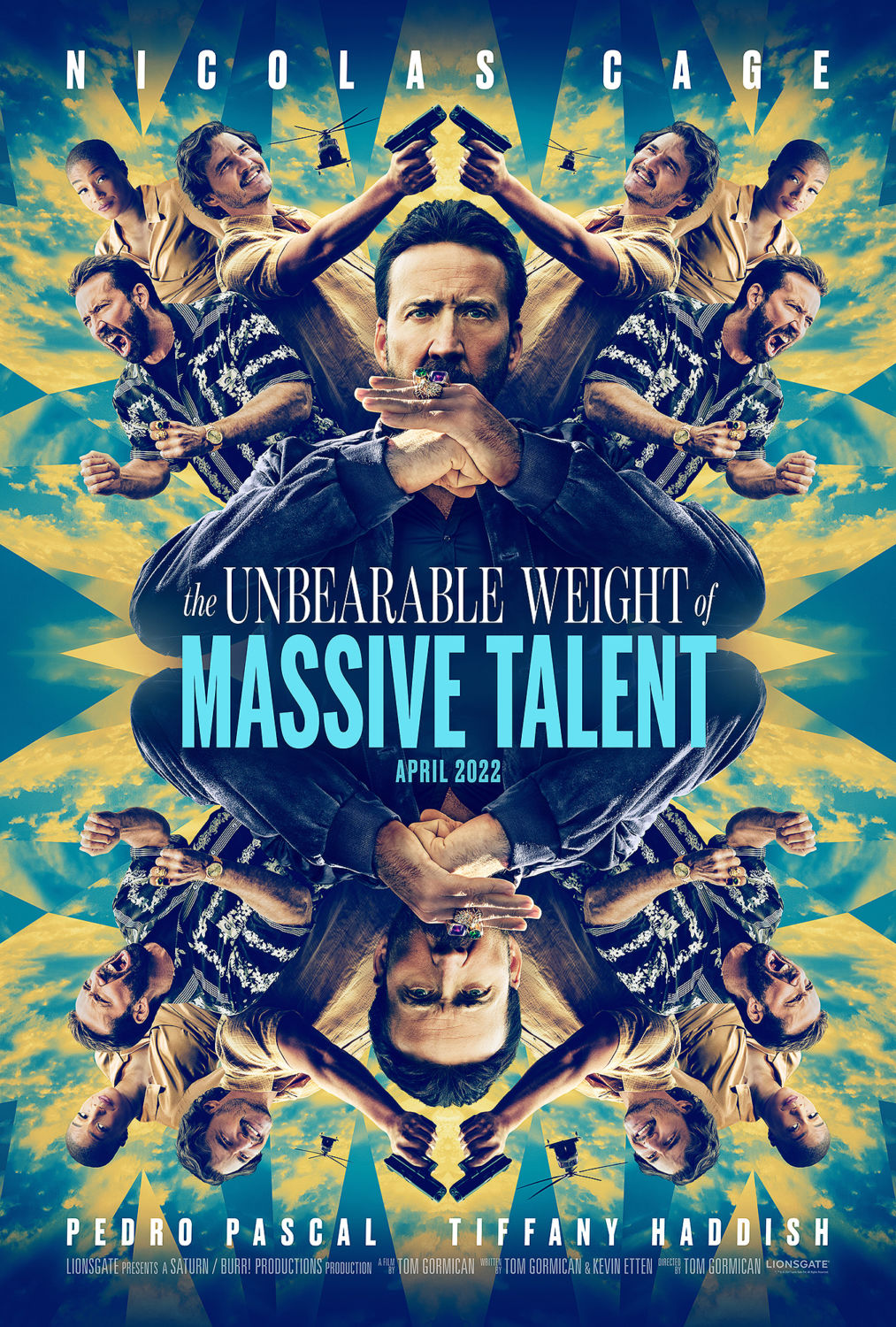 THERE’S something about Nicolas Cage that people either love or loathe. For years, I was in the latter category. I quite simply never understood the appeal of his nasal toned voice and overacting. When people suggested one of his films I’d groan in dismay, offended at the thought of such an idea. I’m pleased to say that I’ve finally gotten over myself, and now embrace Nicolas Cage for what he is: Nicolas Cage.

The Unbearable Weight of Massive Talent showcases Nicolas Cage in a way that we’ve seen him countless times before: as Nicolas Cage. The actor plays a heightened version of himself: an actor grappling with crippling debt, waiting for the next gig to pay off his bills. He argues with himself over his life as an actor versus his life as a hotshot movie star. As someone involved in the arts, this narrative strikes true: the fear of what is coming next, and of taking the wrong steps in your career. This chaotic version of Nicolas Cage is washed up, has a strained relationship with his family. We see a man challenged between his life of fame and being a classic embarrassing dad who can’t seem to do right.

After getting let down from another movie opportunity, Cage accepts an unusual request to visit a Spanish island for a very wealthy fan’s birthday party. From this point forward the movie gets interesting (as if it wasn’t already). We see Cage become a spy, a blossoming bromance, epic chase scenes, amazing stunts, an insane drug-fueled panic chase, not to mention fast paced gun scenes. This film delivers more than one could ever think possible. It unfolds in a deliciously chaotic way and Nicolas Cage is there to guide us all the way through to the end, because, as we all know, that’s what he does best.

Nicolas Cage gives a fantastic performance of Nicolas Cage, something I didn’t think he could possibly pull off. Pedro Pascal plays the hilarious superfan Javi Gutierrez, who wants nothing more but to befriend and inspire Cage, his biggest hero. The comedic timing between these two seasoned actors is what sells the whole thing. Their awkward bromance had the whole cinema tittering away for the whole film. Tiffany Haddish and Ike Barinholtz play memorable roles as CIA agents who rope a reluctant Cage in to an unexpected mission. This movie starts off as a story about a washed up actor, and gradually flows in to a Hollywood blockbuster so flawlessly I barely even realised until I was in it.

To put it simply: The Unbearable Weight of Massive Talent is hilarious. It converted someone who has spent years despising Nicolas Cage. I urge you to go watch it, whether you love him or loathe him. I guarantee you’ll be delighted walking out of the cinema.