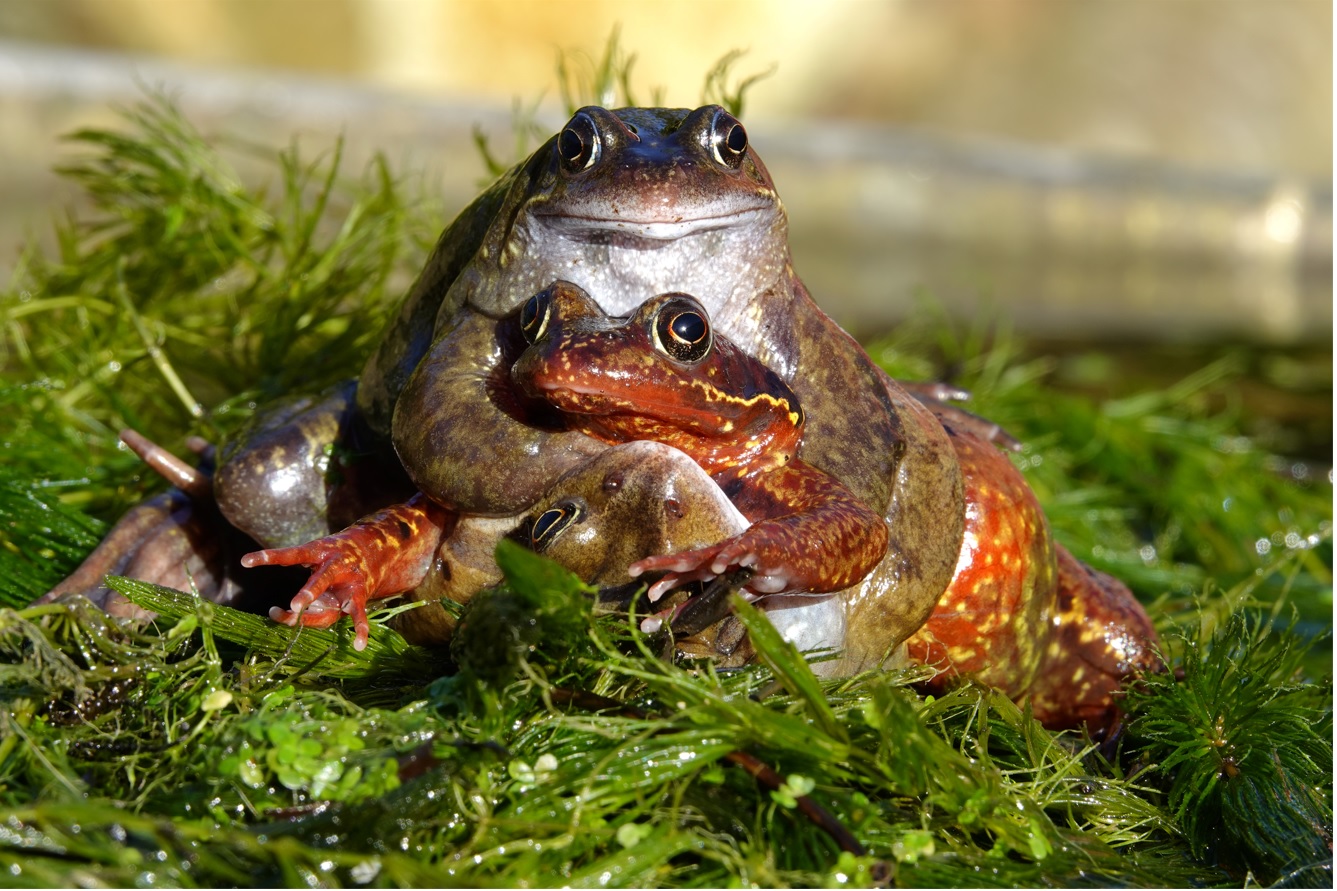 EVEN those amongst us with the smallest amount of space fancy growing something green, even if it is only indoors. I’m recently coming back to gardening since the long days of the pandemic. Having gotten a rush of blood to the head and built the hard structure of paths and patio, now all I have to do is encourage plants to grow.

There are older trees, shrubs and bulbs here that have survived for years. But the main part of this little patch of land is wilderness. The idea is to allow some woodland to develop naturally and I have noticed that as the trees mature the undergrowth of grass, briars and ferns starts to settle down. So no, I won’t be taking a slasher to it any time soon. This is where the wildlife and birds thrive, away from the open fields of farmland.

There is a mature apple blossom tree just outside my window. All through the last few weeks I have watched and waited for her blossoms. Bonkers as it may sound, I talked to her daily and examined every branch in detail for signs of life. I could see buds, so I encouraged her to flower by my daily praise!

‘These are often referred to as the bonking beetle, so called because they are usually seen in copulating pairs. So while I was at it, I took a few quick snaps of their love making!’

I don’t pray as such. I’m not a full nine yards atheist either. I’m some kind of agnostic I suppose. This means that I suspect there may be an underlying structure or energy that is flowing through everything, what most people might call God. To me at the moment, it is Mother Nature herself, the promise that the seasons will turn and everything will do what it is designed to.

These are the kind of thoughts that being in a garden invites. That and a whole lot of wondering at the mystery of it all.

It was while I was mooching and planting out some seedlings that I came across a family of shield bugs. Now they can be quite hard to spot as they blend perfectly with their environment. Tiny things, the green shield bug is the colour of a spring leaf and gets its name from its armour like surface and shield shape.

I’m an unusual gardener in that way. I celebrate my predator and insect finds with great joy. To be honest I am at the stage where I live with a kind of lament that goes like, “you never see such and such these days.” To my endless delight the rewilding and the growing of “weeds” helps a small bit with biodiversity and although I think my garden will never be as rich with life as the one I grew up in, it has its own little population of wildlife.

The shield bugs kept me amused and I photographed them and examined their red tinged legs and arms. While I raised the leaves to explore further I happily discovered a pair of orange soldier beetles. These are often referred to as the bonking beetle, so called because they are usually seen in copulating pairs and they particularly fancy the common hogweed plant as a host. So while I was at it, I took a few quick snaps of their love making!

This week the apple tree is finally in full regalia. The soft pink and white flowers are creating a Japanese scene of effortless design. Blossoming is a simple process for an everyday tree. But for just these few weeks, there is nothing more beautiful, nothing closer to some kind of spiritual experience than observing it. The incredible inevitability of spring is a delight. And it’s all encapsulated in this apple tree.

It’s not always plain sailing trying to be a gardener. I moan and complain when I get a nettle sting or a bramble wraps itself around my legs, which they do believe me! In these cases I can be heard shouting, “you absolute and total b*****ds!” And yet, I still allow them to flourish as I know that their berries will feed the birds later in the summer.

The garden is also hosting birds’ nests at the moment. Starlings, which are cheeky divils on the tables of Tramore cafes, are shy and retiring out here in the country. They never feed with the smaller birds but swoop off over the meadows to bring treasures back to their young. Although they have created havoc by building nests year on year just under the eaves, I still love hearing their musical whistles and watching their fierce busyness.

Already the robins are parading their young and feeding them from the bird table. The sun is higher in the sky. Green shoots are appearing beneath my feet as the earth warms up.

Spend time in a garden! Even if it is only beginning to re-emerge after the long winter, you will soon rediscover that all’s right with the world.

Catherine Drea: End of frock shopping as we know it