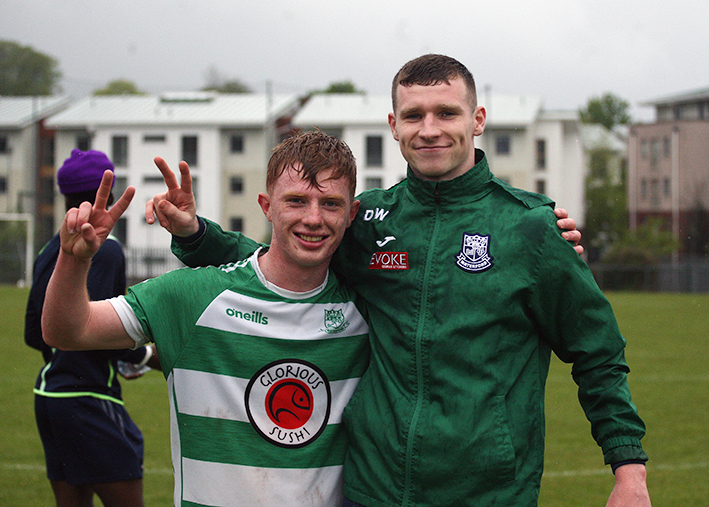 After Villa FC defeated to Salthill Devon 4-1 on Sunday to book their place in the club’s first FAI Junior Cup Final, today the date, venue and time for the Centenary Final of this famous competition have been confirmed.

Villa FC will take on Limerick’s Pike Rovers FC (after their 2-1 away victory at Oliver Bond Celtic at the weekend) in the final in Turner’s Cross in Cork on Sunday, May 22 at 2pm.

Ticket details will be announced in due course. 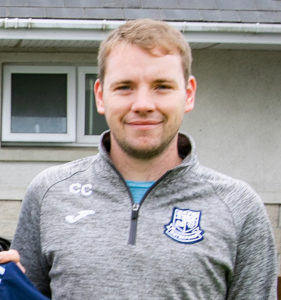 Speaking to the Waterford News & Star after Sunday’s semi-final win, a delighted Conor Coad (pictured left) said, “I’m absolutely delighted for everyone involved. It’s a massive game to come through. Salthill Devon were always going to be a massive test for us, and it was great to have such a massive crowd down here in Ozier Park to get behind us.

“I suppose the game was all about Salthill going down to ten men so early on, but they are still a very good side. Just because we had an extra man didn’t mean anything unless we made it count, and I suppose those three goals in the first-half were massive for us.

“I think it was great to score those two goals in quick succession that put us in a comfortable position and gave us that foothold. I thought that we managed it very well throughout, and it’s a phenomenal feeling to get through into the final.

“The FAI Junior Cup final is not something that we thought that we would be in at the start of the season, but yeah I have to credit the players for their efforts. Roll on now.”

Coad was quick to heap praise on Cian Browne. “I think that Cian Browne has been unbelievable for us since he came in at the midseason break. I’ve known Cian over the last number of years, and he is a fantastic kid with an unbelievable attitude. He has a work ethic and quality to go with it as well.”