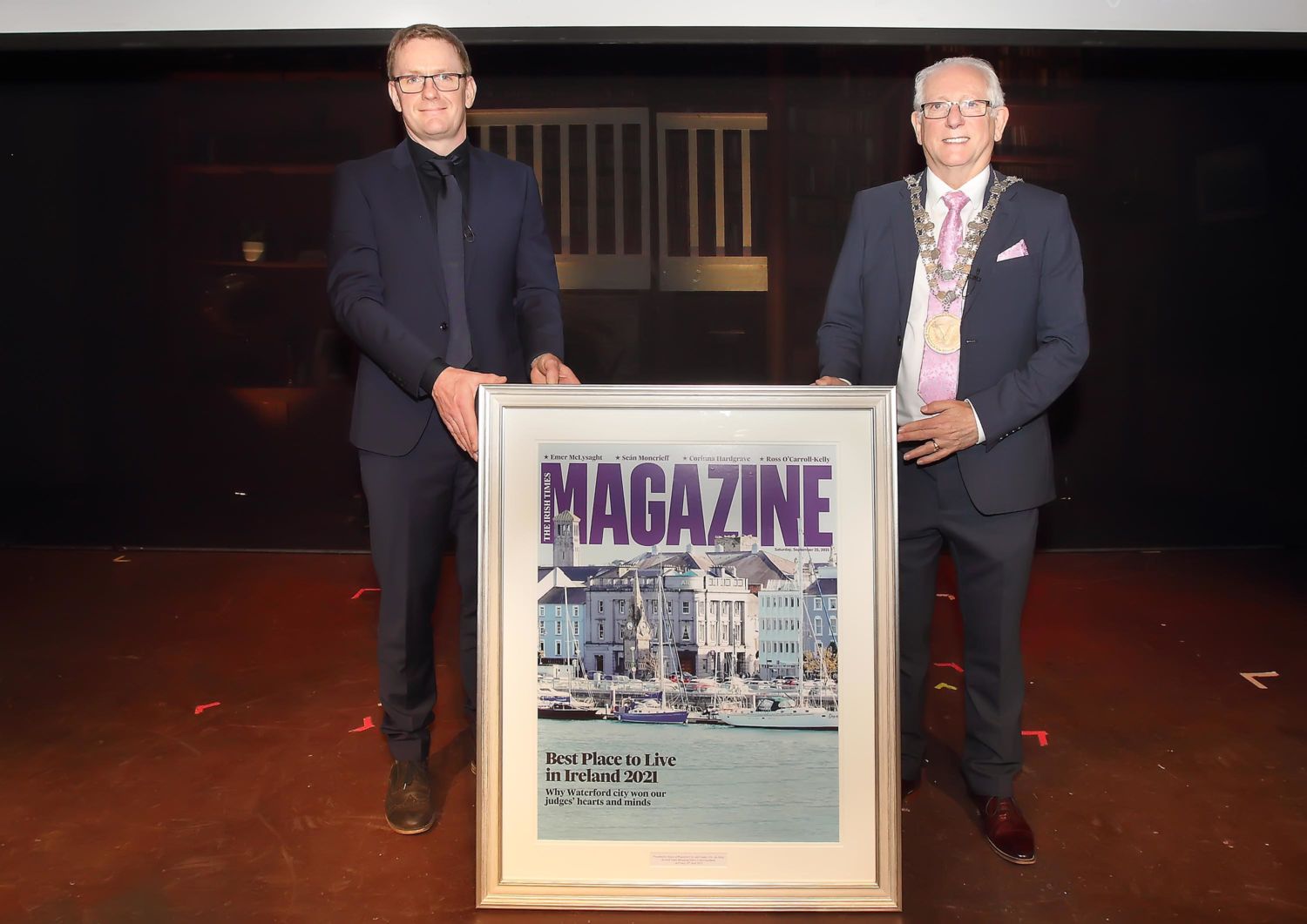 FOR a long time Waterford looked on voyeuristically as major change happened elsewhere. In Galway in the 1990s, locals greeted tourists with pride, waxing lyrical about the vibrancy of their university city. Words like Eyre Square, Shop Street and Spanish Arch felt familiar and exciting, and we envied them for it. Then Limerick joined the expansion bus, as well as towns such as Kilkenny with its enviable arts scene and Wexford with its National Opera House and festival. Waterford was left watching the taillights, swallowing the dust as those other places took off into what appeared a spectacular horizon. The longer it went on, the heavier the doubt became that, for us, similar was unattainable.

The demise of Kilbarry’s Waterford Crystal was a tough blow to our city, that had not managed to create any alternative identity of substance in the decades prior.

Ironically, though, that identity, an incredibly valuable and rich one, was here all along. But psychologically we could not see it. Or at least not enough of us, enough of the city’s stakeholders, in order to piece our jigsaw together to create our own economic story of success.

‘With increasing regularity it is the Déise making ripples on the national airwaves, with its own unique story to tell’

They often say you have to hit rock-bottom to know how to resurface. In Waterford’s case, we hit rock bottom, and more, as Waterford Crystal’s exit was followed in close succession by that of Talk Talk. The brutal trauma of that jarred our population into action. There was no choice.

The corollary of that many people put to the pin of their collar, is the rebound of motivation to survive and rebuild. In essence, very quietly, a period of economic and cultural renaissance was ushered in, in the Déise capital, its towns and surrounds.

Nowadays, what you have in Waterford is a cosmopolitan European micro city that leaves a lasting impression on visitors. Every café and restaurant is unique and different. We have wielded our cultural and social heritage to fantastic effect, in the Viking Triangle, in the enhancement of our public realm spaces, in Waterford Spraoi, in the Waterford Walls festival, and developing at pace in the Cultural Quarter of the O’Connell Street area. Coming in to meet all that are the Waterford and South East Greenways, with arteries being created through these tourism initiatives, and also in a fledgling way on the River Suir where a new cruise experience launched recently. Down river and cycleway, other towns are following our lead, while out by the sea in Tramore this week the townspeople heralded in their own ambitious changes to their urban realm.

Also, just this week we can at last embrace the title ‘university city’ with the launch of our South East Technological University. It is up to us now to build upon that. As Prof Willie Donnelly, outgoing President of WIT, said we cannot leave it as an “ivory tower outside of the city”, we must embrace its students – our students – who will in turn deliver economic creativity and innovation. Prof. Donnelly said we are a city small enough for our university’s knowledge to become embedded in our society. It’s a point worth remembering.

Economist David McWilliams asked at the ‘Celebrate Waterford’ event in the Theatre Royal, organised to mark the huge honour Waterford achieved in being recognised as Ireland’s Best Place to Live, what our strategy was, our 10-year vision. To date, that vision has occurred somewhat organically, where key, passionate people have helped ignite something much bigger (think Waterford Treasures’ Eamon McEneaney, Prof. Willie Donnelly, founder of TSSG, Edel Tobin of Waterford Walls, and Garvan Cummins, fondly called the father of the greenway for helping propel that initiative in the early days… there are countless more).

We’ve slowly begun to re-weave our tapestry in Waterford over the past decade, and as the colour has filled in we can at last see how fantastic our present day story actually is and where we are going with it. We no longer watch on with envy as the other cities of the country grace the RTE evening news. With increasing regularity it is in fact the Déise making ripples on the national airwaves, with its own unique story to tell.

As Richie Walsh, Head of Enterprise at the Local Enterprise Office in Waterford, said, people will come here and say: “That was magnificent”. And they already are.