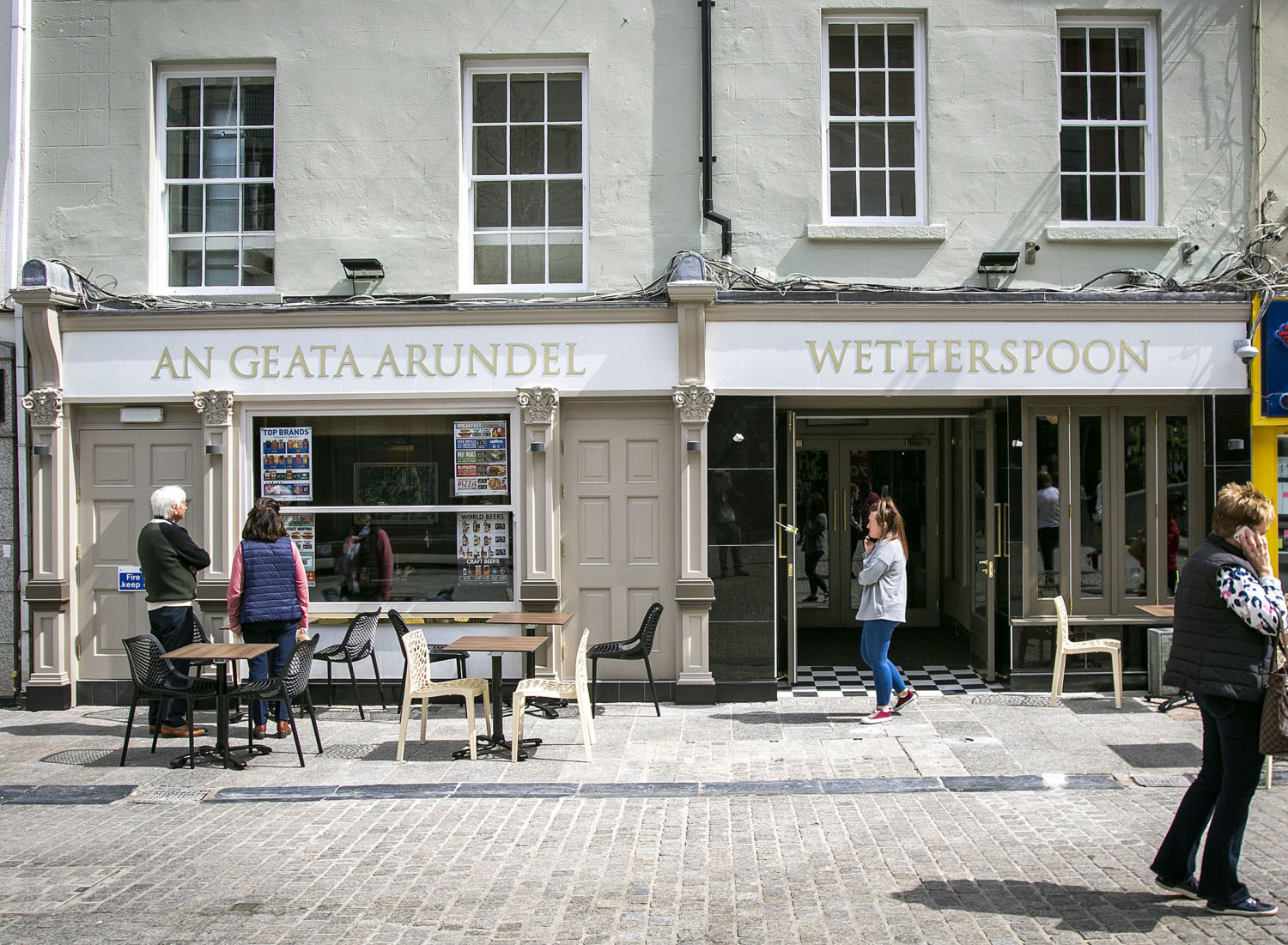 THE news that City Square has been bought by Neville’s of Wexford has caused real frisson of excitement locally. The previous company, a US based property investment company, disposed of the shopping centre and several others around the country as well. In fairness they were prepared, while they owned the centre, to invest in lovely new units fronting Arundel Square.

The largest of these was expected to be rented by either H&M or Zara but for some reason this did not happen. I would always worry when Dublin based auctioneers are in charge of hunting down tenants for property in Waterford. I often wonder if they know where we are, like, in that offhand Dublin way?

If the late Nicky Fewer was still around and involved, he would most likely be on the plane regularly to the corporate HQ of the company he was lobbying. Wining, dining and schmoozing the relevant decision maker until he landed his catch. I wonder how much schmoozing was done for Waterford with H&M at North Wall Quay or ZARA in Harcourt Centre, Harcourt Road, in Dublin? I wonder who did the schmoozing? Some suggest that our council’s “economic development Unit” should be tackling this, but I daresay that Nicky Fewer would fall around the place at such an idea without meaning to offend those involved.

Anyway the point being that this stuff needs constant focus and high value lobbying, which the US based company was unwilling or unable to exert, while the loss of Debenhams from City Square and indeed from shopping centres all over Ireland obviously dented rent roll receipts locally and nationally.

Neville’s will presumably be more determined in their efforts to fill City Square. It’s an opportunity waiting to happen now that the shadow of the North Quays has been lifted. One presumes that they did not spend €18 million just to look at the place. The figure of €680 million quoted by Waterford Chamber’s Ger Hurley as leaking out of the region in retail spending is enough to give any business pause for thought.

Anyone reading social media about retailing in Waterford will see massive criticism from female contributors about the quality of the local retail product. The desired retailers seem always to be from the same bunch. ZARA, H&M, Marks and Spencer, Monsoon, No Name and so on. Regular criticism, that the branches of national retailers to be found in Waterford city are well below the standard of stores in other towns and cities, also appears. Has anyone done an analysis on this?

We have a chicken and egg situation. People don’t shop in the city centre because they believe the product is not up to their experience elsewhere, while at the same time the product is admittedly not up to scratch because people don’t shop in the city centre. It’s a difficult problem to crack, which has its roots in the real or perceived level of disposable income in this area.

Our council has done some excellent work in paving and pedestrianisation around the place and latterly seem to be concentrating on giving the city the TLC which was missing for some years past. Roads, footpaths and presentation are still under par in some areas but effort is also obvious; the little garden outside and around the Bishop’s Palace, being a case in point. This is immediately adjacent to the council’s corporate HQ and City Hall. This was often scruffy, scraggy and rather unkempt. Maybe it took the visit of the Prince of Wales and his wife to bring matters to a head, but in any event the area is now sparkling. Standards have to be maintained.

We have a lovely but underappreciated city centre. It is the default opinion of many people in Waterford that everything elsewhere is better or far superior (whatever you are having yourself). It’s always arguable. What is true is that Waterford city is surrounded by three of the best presented county towns in Ireland, Wexford, Clonmel and Kilkenny. They do not sit on their laurels waiting for us to out-compete them. That reality has often not registered in Waterford’s business community to some of whom paint and maintenance are words in Swahili.

Waterford has relatively large scale employment but if the 40% figure for people commuting to work here is true, it means that many fine wage packets earned here are not spent here. If that economic reality is true then the fault lies with us.

The opening of Wetherspoon’s pub, An Geata Arundel, in Broad Street may further shake up the local economy. One business man suggested to me that the defining characteristic of some people in local business was smugness. As Frank McDonald said in his book “Destruction of Dublin”, they “pull down the rusty shutters on a rundown shop in Capel Street and drive home to a luxurious house in Foxrock.” Is that us?

It seems certain given their success in others parts of Ireland, that An Geata Arundel will attract customers. It has entrances on Broad Street and Arundel Square with plenty of space outside both for people to sit. The company has invested nearly €5m on construction and refurbishment. The exteriors of all the buildings they have tackled are all well done and the two historic buildings in Broad Street are immaculate. They also do hotels I believe. Could they find a place to renovate/refurbish as a hotel in Waterford? What caught my eye in Broad Street a few doors away from the new pub, are the large clumps of the invasive Buddleia plant which adorn the facades, growing from windows and water down pipes! Check out the floral display!

In general, there are three ways to increase footfall in any city centre, with more people living, working or shopping there. The number of people living in our city centre is tiny. The number working in business and offices outside the retail function is tiny and the number of people shopping there is a problem, which will only be solved by better presentation and retail “sex appeal” if I may use that term. Not surprisingly, tourism and attractive hotel development has an impact on all of these, as the good people of Galway will tell you.