ON THE SPOT: Aisling Cusack 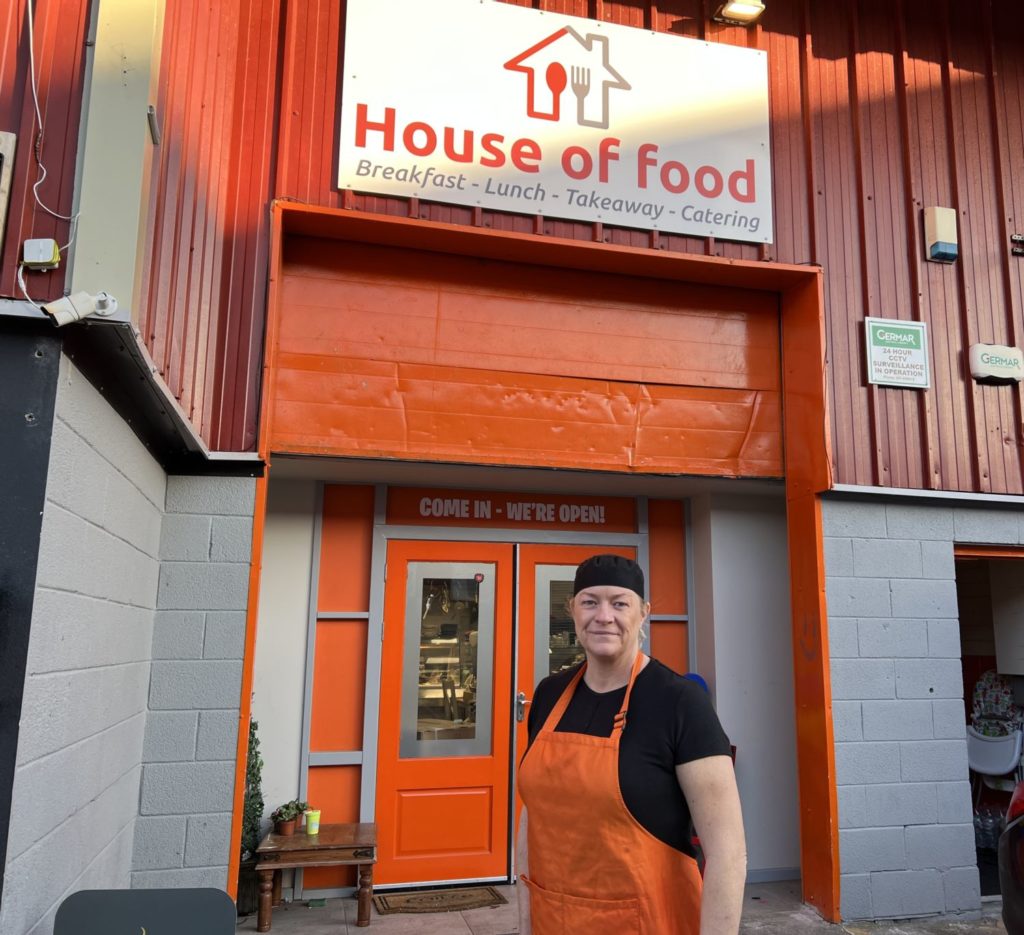 AISLING Cusack is a chef and the proprietor of The House of Food, which is located in the Park Road Business Park opposite the People’s Park. She’s been with her partner Brian for over 18 years and has four children, Gary, Melissa, Shannon and Adam and five grandchildren. Aisling grew up in Tramore where her parents owned the Grand Hotel in the 70s and 80s. Her dad Michael passed away 24 years ago but her mam Irene Cusack still lives in Tramore.

Life in a day
I get up at 6am, get showered, feed the dogs and then head into the House of Food for between 6:30am and 6:45am. A lot of people will know me from being a chef around Waterford City in a number of places, including most recently The Three Shippes and The Mansion House. However, opening the House of Food has always been the dream. I know so many people in Waterford and I can’t explain how happy it makes me feel to be able to serve them food day in and day out whilst also having the chats and hopefully brightening up their day!
At the start of the day that coffee machine has to be turned on and ready for customers who need their first caffeine hit of the day as soon as humanly possible. We don’t officially open until 8am but they know that they can come in the side door and I’ll have their coffee ready for them. Throughout the day then we serve all-day breakfast, lunch, grab and go dinners, which has been really popular for me and is great for people on the go who don’t have time to make dinner later. These are ready made delicious meals that really are perfect for the whole family. We also do Slimming World dishes, sandwiches, hot and cold food, drinks of all kinds… our motto is “If I’ve got it and you want it, we’ll cook it”.
At the end of the day I’ll try to go for a walk, but I’ll usually end up writing menus, preparing for the next day. It’s fair to say that my life is all about the House of Food at the moment!

What school did you go to?
Star of the Sea Primary and then the Mercy in Dungarvan.

What teacher do you remember most vividly?
Mr Cunningham in the Mercy in Dungarvan. I was in Boarding School down there and he used to remind me of home because his family owned Cunningham’s Fish and Chips.

What advice would you give your 15-year-old self?
Travel more. Go as far as you can for as long as you can. Otherwise I wouldn’t change anything.

How do you relax?
I struggle with this! There’s no obvious relaxing going on with me but I have to say that I find cooking to be relaxing – most of the time!

When was the last time you cried?
Watching DIY SOS from Waterford last week. It was just incredible what that poor family were going through and the way the people of Waterford got behind them… made me bawl!

What has been your happiest moment of recent times?
Without a doubt, opening the House of Food. The support of my friends, family and everyone in Waterford has just been incredible and I pinch myself every morning that I get to do what I love, for the people that I love.

Do you pray?
No but I speak to my late father on a daily basis.

What is your biggest fear?
Failure. I try to give everything I do 100% so the idea of failing at those things is hard for me to deal with.

What is your most treasured possession?
I can’t say my grandchildren or my dogs so I’m going to have to say the medals that I won in my youth for 100 metre sprints. I was quite good back in the day and ran against Susan Smith.

What is your favourite thing about living in Waterford?
I think we sometimes forget how good we have it here. We have the sea and the city so close to us. Depending on where you live you could be on the beach in 10 minutes, or in a great pub or restaurant, or up a mountain, or walking the Greenway. We’re spoilt for choice here and it’s worth being reminded of from time to time.

If you could change one thing about Waterford, what would it be?
I just hate the Quay. Waterford is amazing but getting in and out of it is a constant nightmare. I’ll drive miles out of my way to avoid that Quay.