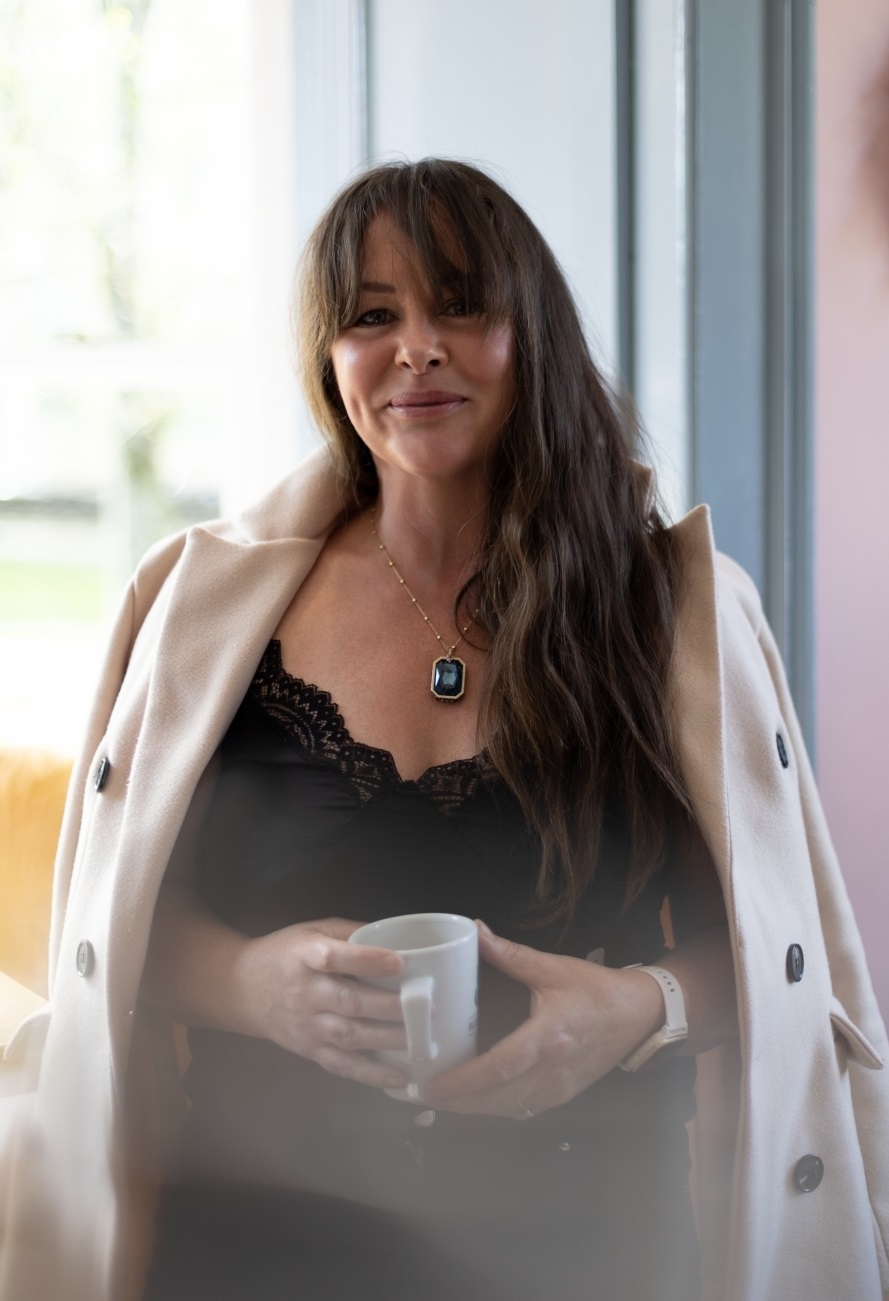 Karen Whelan has found her calling in life having identified the need to self-heal and, more significantly, to be at peace with herself.

“I’VE done things inside out, back to front or upside down – whichever way you want to look at it,” a beaming Whelan tells me over a cup of tea in The Granary.

An accredited psychotherapist and based in Wharton House on Catherine Street, Karen spoke about her “ordinary extraordinary life”, overcoming adversity in more than one guise during childhood and adolescence before learning to make the best of, well, everything.

“I ran away to France when I was 17 (having left a job at the Bridge Hotel) to become an au pair – with no French,” she said.

“I met an extraordinary woman out there. I crashed off a scooter coming down the side of a mountain, cracking several ribs and breaking a finger. This woman was an osteopath, a healer and had a genuine talent; all she did was put her hands on me and then I was cured. It was incredible; she looked into me and told me I had to learn about forgiveness, that I had to learn to let go of my self-hate or else I was going to get very sick.

“At 17, my mind couldn’t really take in what she was sharing with me but I let it sit with me – and I’m glad it did. Being in France took me away from a lot of toxicity; my soul expanded while I was there. Even when I was in school here, I had the feeling that there was something out there calling me to something great, even though I wasn’t sure what it was. And in France, that sense developed further.”

Aged 19, Karen’s path took another turn when she arrived back in Ireland, pregnant with son Aaron. Just three weeks before Aaron was born, Karen’s partner had ended their relationship.

“I ended up feeling very depressed. I’d have Aaron put to bed and by half seven I was sat on my front doorstep, feeling very alone. Before too long, I’d visited my doctor and that led to therapy and that’s when I began to truly transform. I began to turn the self-hate into self-acceptance and compassion and understanding in terms of my own journey.”

Why had this self-hatred materialised? “I’d had a lot of suffering up to that point in my life. Like so many other people, I blamed myself for much of what had gone on rather than identifying the external forces that were undoubtedly at play. I’d left (the Presentation Secondary) school at 15, I’d no Leaving Cert but in the middle of all this considerable trauma, I decided to go to college and ended up being a student for the following 10 years.”

Attaining a Degree in Social Care (“I loved working with people in residential homes – I understood their pain”) was a source of great inner reward to Karen but it left her feeling she had more to offer. This led to seven years studying psychotherapy, a field she has happily worked in since 2008. Having “fallen in love with the work”, Karen then took a year out, during which she wrote her memoir titled ‘Come Home To Yourself’.

Then, in 2016, came what Karen described as her “awakening” following the end of a 14-year-long relationship. She was out of work at the time, had no money and had lost her home.

“I realised what I’d been chasing – the car, the house, the job, all that – was an illusion. With all of that distraction gone, the light got in and I found ‘me’ more when I had nothing materially. I got to know myself. So I went to Mount Melleray on a three-day silence and water fast; I went into deep meditation and contemplation. I was done with all the suffering and I had to be engaged with the now. I’d been what everyone else’s expectation of me was. I hadn’t been true to myself in a real and intimate way. I took myself along to Creacon Lodge (outside New Ross) and listening to the owner at the time, giving a talk during which he said: ‘If you want to be a soulmate, then you have to be the best mate to your own soul’. That really hit home hard. This was 2017, I was turning 40 and I didn’t really know myself. At the point where I could have viewed my life as being in many pieces, that’s just when things all came together. Melleray (over several visits) and Creacon proved so significant. Those trips brought so much liberation inside of me: nobody could know my path only me… and that’s where my second book (‘The Journey Home’) germinated. I realised I had to be a participant in life rather than a passenger.”

It feels like Karen (who is also mother to daughter Fía) is on the brink of something huge. She has co-authored ‘Women Gone Wild’ (with Lala Inuti Ahari, Michelle Carpenter and Adriana Alvarez) and is engaged with the United Nations ‘SheTrades’ initiative, which aims to “economically empower women through trade”.

Karen’s segment of the book, which launches this month, deals with spiritual wealth, in her words, “the essence of your own presence”.

This transatlantic work has brought her into contact with Diana von Welantez Wentworth (co-author of two ‘Chicken Soup for the Soul’ titles) and led to a June invitation to Los Angeles and Las Vegas for the new book’s launch. With that in mind, Karen has launched a GoFundMe page to help fund this once in a lifetime trip.

“Going there and all the experiences it will generate will enrich my work in Waterford. I want people at home to know that I’m here to be in service to them and to empower them in a deep and beautiful way.” 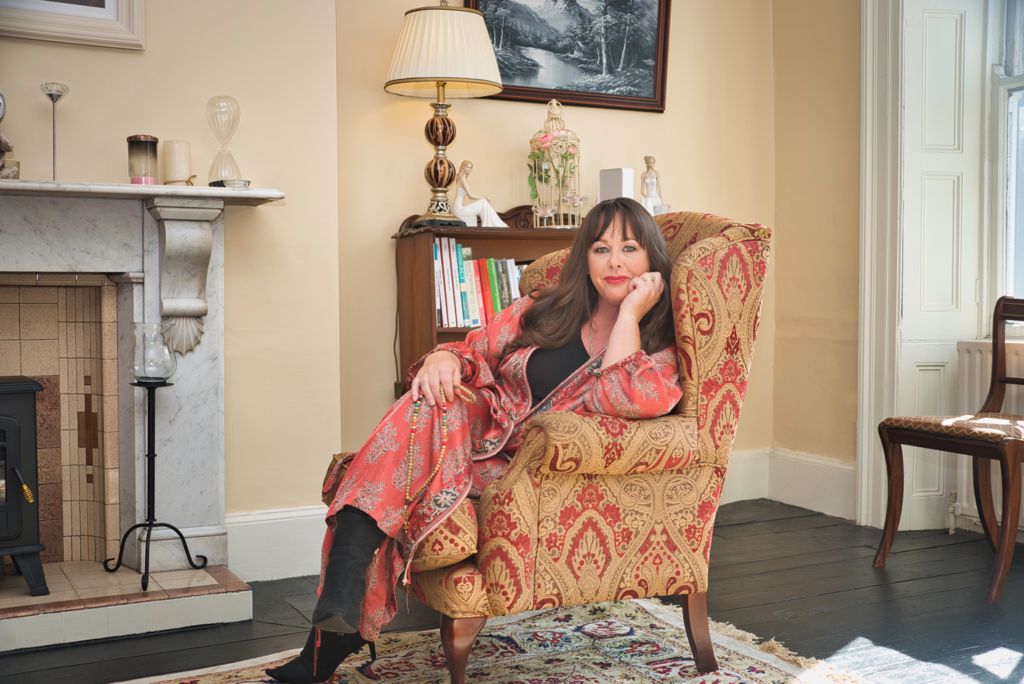 “Life is all around us, communicating. But it’s up to us how we want to hear those messages.”