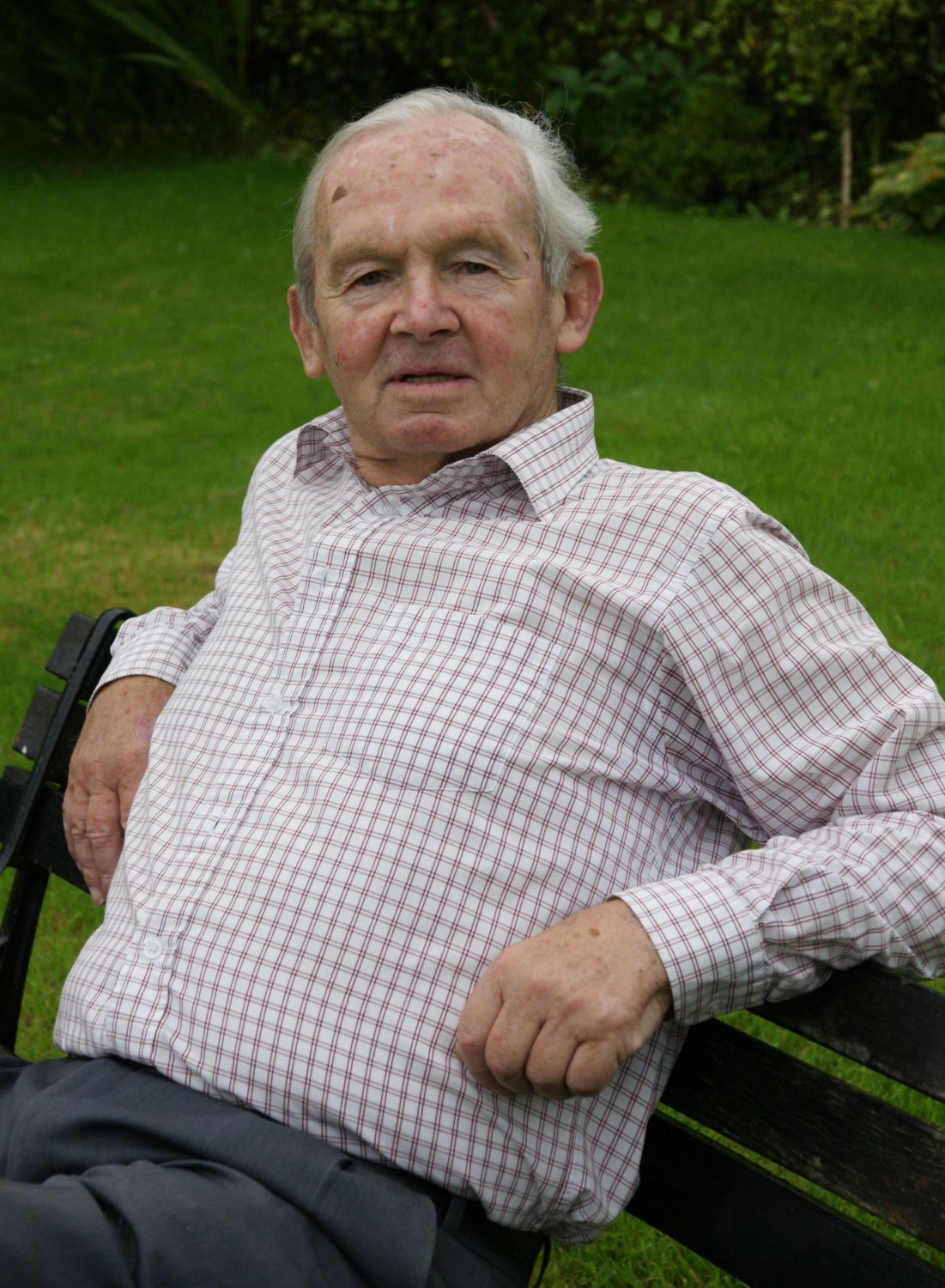 TOM Cunningham, who died peacefully at University Hospital Waterford (UHW) on April 28 aged 91, amassed a roll of honour which may never be equalled in the history of Gaelic Games in the Déise.

A member of Waterford’s All-Ireland winning minor team in 1948 and the senior side, which lifted Liam MacCarthy in 1959, the Dungarvan clubman also played in the 1957 and 1963 All-Ireland Hurling Finals.

During the county’s golden age in hurling, Tom scored the winning point in the famous win over Kerry in the 1957 Munster Football Championship and had the distinction of playing in both senior provincial finals that year.

Born on Church Street, Dungarvan, ‘Cunn’ proudly wore the navy blue of Munster in both codes, featuring on the football team for six successive seasons from 1955 to 1960, while lining out for the hurlers in 1964.

His first adult hurling appearance for Dungarvan was as a 17-year-old on the club’s junior team in 1948 and indeed his final match was also at the junior grade, against Tallow in October 1968. Tom’s illustrious inter-county career drew to a close following the 1966 Munster Hurling Final defeat to Cork, having first worn the senior jersey in a 1950 National Football League meeting against the Rebels in Youghal.

With his playing days behind him, Tom went on to serve as one of the Waterford County Board’s Munster Council delegates from 1967 to 1991.

His devotion to his club was equally legendary, with his committee involvement beginning in 1951 aged 20.

A year later he became Dungarvan’s Treasurer and would go on to serve in a range of portfolios thereafter, including underage team secretary during the 1960s and Chairman in 1964.

His on-field expertise was also put to good use with Dungarvan’s minor footballers whom he managed to a County title in 1961.

Tom was also involved with the Under-16 hurlers’ County title win in 1964, the minor side’s 1966 County Championship victory and the intermediate hurlers’ 1978 success. Cunn went on to train adult teams within the club throughout the 1980s and then devoted his time to the juvenile section during the 90s.

As is the case for so many men and women the country over, Tom’s GAA career began and ended with his club, and CLG Dun Garbhán heartily recognised what a gem they possessed in him.

At Tom’s Requiem Mass in St Mary’s Parish Church, Dungarvan, on Saturday, April 30, Parish Priest Father Ned Hassett said that Tom and the victorious Déisemen of ’48 and ’59 had “something of the aura of the Twelve Apostles” about them.

“Tom and Co spent time in the company of the Holy Grail – the Liam MacCarthy Cup. For those of you like me, born a decade after their Croke Park conquest, we’ve been reared and buoyed up by stories of the drawn (All-Ireland) final and replay; my mother missing the first day, for example, milking cows but getting there the second day with her father having to stay at home to do the honours. I was flanked, as a child, growing up, by Tom’s hurling companions, Joe Harney on one side and, out through illness from ’57 on, Batty Foley on the other. We all have our links with Tom’s team.”

‘If I ever wanted fair, honest and pragmatic advice, Dad was the man to go to’ 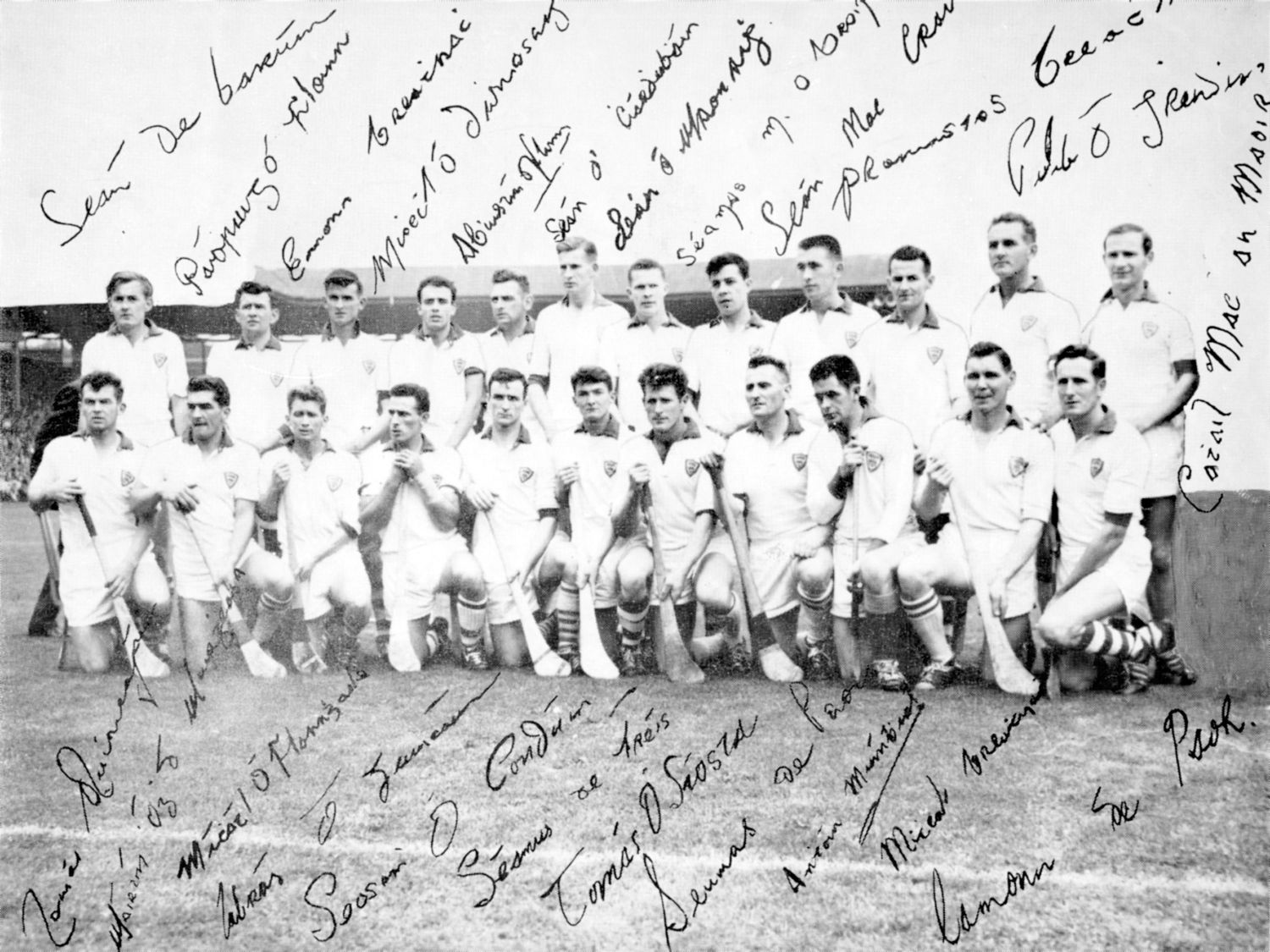 Tom Cunningham, kneeling furthest left, with his Waterford team mates prior to the 1963 All-Ireland Senior Hurling Final defeat to Kilkenny at Walsh Park.

While eulogising his father, Michael Cunningham thanked all who had offered kind words of sympathy and support in the wake of Tom’s passing. He also thanked the staff at UHW’s Pine Ward, Care Choice, the Shandon Clinic, UPMC Whitfield and Hallahan’s Pharmacy in Grattan Square, Dungarvan.

“People who saw him in the GAA field in his prime often remarked that for all he achieved as a hurler, he was in fact a better footballer,” he told mourners.

“It then occurred to me that there was at least one thing we had in common. Like my father, I was a better footballer than I was at hurling; the difference being that I was a bad footballer and an even worse hurler! And while some people would criticise me for not being good at both or either, I never got that from my father. He never forced any of us to follow the same path that he took. Dad seemed to have this unspoken attitude that you should find something that you love, throw yourself into that and to hell – if I can say hell (in church) – with what other people think.”

Michael continued: “If I ever wanted fair, honest, pragmatic advice, as a child or as an adult, Dad was the man to go to, not that I always got the response that I would have wanted. It’s almost impossible to think of him without thinking of my mother (Bridie). If she was the heart of the family, then Dad was the head. Since she passed away 11 years ago tomorrow (May 1), none of us were affected as much by her absence as my father was and they’re now reunited. When I think of my father, I think of many things: his love for swimming in the summer, something that he drew great joy from well into his late 80s…

“Then there was also our shared love of traditional music and then I think of random things like the smile that creased his face when I walked into his office in the County Council and presented him with my Inter Cert results or the time he sat up with a panicked 10-year-old me into what seemed to be the early hours of the morning to help me learn the words of the song ‘Kilcash’ for Mr Shiel’s class in Abbeyside National School the next day. I can still recite it to this day.”

The present of a laptop in his late 70s saw Tom move with the times, according to Michael. “A physical newspaper was never again seen in the house and after he stopped attending matches in person, the Twitter feeds of Tomás McCarthy and the Dungarvan Club proved a great way of following live scores of Waterford and Dungarvan games.”

Michael closed his eulogy by quoting a line from Kenneth Branagh’s 1992 movie, ‘Peter’s Friends’ “in which the title character (played by Stephen Fry) remarks: ‘It’s funny but with both my parents now gone, I suddenly have this overwhelming urge to act maturely.’ Well, if after 50 years I suddenly decide to start acting like an adult, I can think of no better role model than my late father.”

Tom’s 70-plus years of service to Dungarvan GAA Club during “a lengthy and fulfilling life” was acknowledged during his Requiem Mass by his club colleague Grace O’Callaghan.

“Tom was our oldest member and a treasured one, not just because of his achievements on the inter-county playing fields around Munster and Ireland but also because of the service he gave to the club he began with and his loyalty to it from start to finish.” Club members flanked the cortege on its approach to St Mary’s Church and also formed a guard of honour inside the church grounds.

With thanks to Dungarvan GAA Club 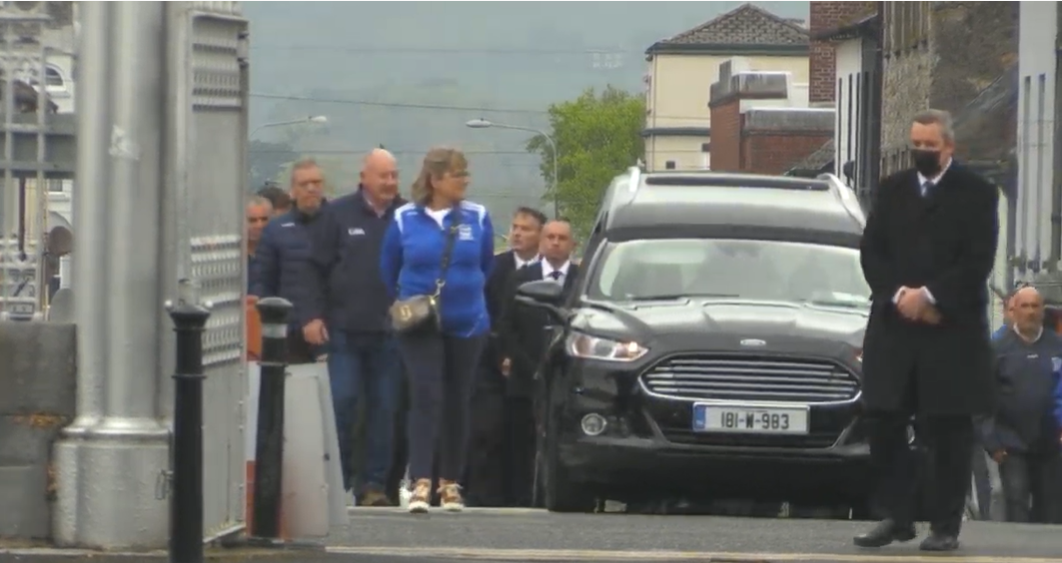 The funeral cortege of Tom Cunningham, approaching the gates of St Mary’s Parish Church in Dungarvan on Saturday, April 30.

Obituary: Michael J Brennan had “a zest for life”