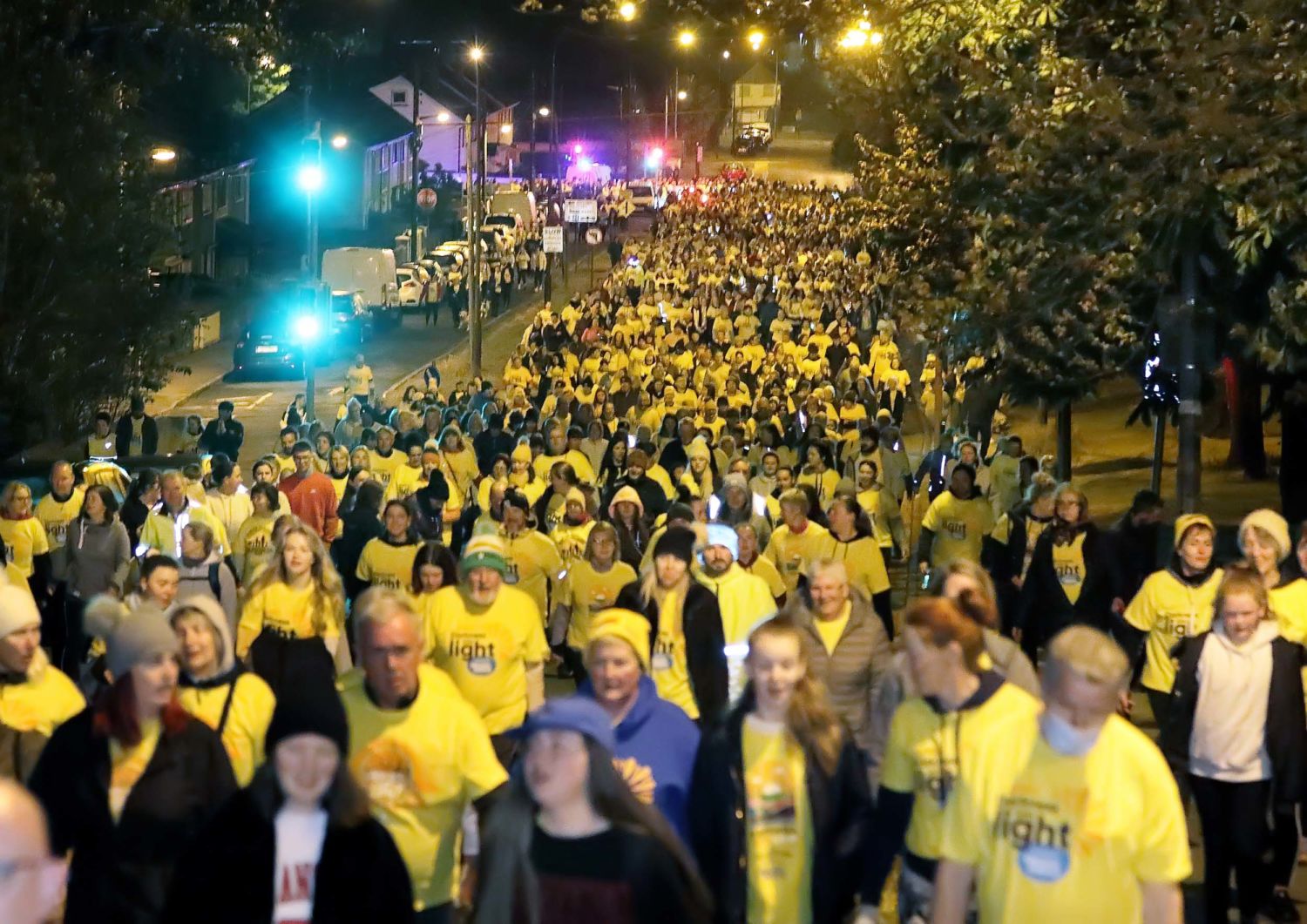 Over 1600 people took to the streets of Waterford City on Saturday last for the 2022 Darkness Into Light Walk.

BE it on the streets of the city and several of our towns, at the Tower Hotel or along the Greenway, the people of Waterford yet again revealed their reserves of generosity over the past weekend.

On Saturday morning last, over 2,500 people took to the streets of Waterford, Dungarvan and Portlaw to participate in the Pieta House Darkness Into Light (DIL) Walk.

She added: “Be it Olive Ruane and our fellow committee members, our main sponsor, Electric Ireland, the support we’ve received from local businesses, our huge team of volunteers including Mags Murphy, Waterford’s first responders, the musicians out on the route (Damien O’Donnell and Paul Dillon) and our friends from Ukraine who joined us for the first time on Saturday morning, a huge thank you. We cannot thank you all enough in your efforts to shine a light on the shadow of stigma, which makes it easier for many among us to speak up, talking about how we’re feeling – and to ask for help.”

Later that evening, the 20th Mayors’ Ball was held in the Tower Hotel and proved a great success, with Mayors Joe Kelly and Seamus Ryan (Lab) confident that the event will ultimately raise in excess of €40,000 for five worth local causes.

“I think we well and truly kicked off the social calendar in Waterford in some style,” said Mayor Kelly. To date, the Mayors Ball has raised over €1 million for local charities and the five charities for this year’s Ball – the Solas Centre, the Down Syndrome Association’s Waterford/South Kilkenny Branch, Waterford Animal Welfare, Dungarvan Community Hospital and the Sacred Heart Family Resource Centre – will all benefit from the generosity of individuals and businesses drawn from right across our city and county. Our auction on the night raised in excess of €20,000 and we also had fabulous support from both our main sponsors JP O’Donohue & Co and Heineken, along with prize sponsors and the local media so a huge thank you to all of them.”

Meanwhile, two cycling events were held at the weekend for deserving causes. The Lions Clubs in Waterford and Dungarvan held their annual ‘East Meets West’ Greenway Leisure Cycle on Sunday last, which was held in aid of Waterford Hospice.

The cycle rolled out of both Carriganore Car Park and Clonea Strand respectively, meeting up at the Rainbow Hall in Kilmacthomas where refreshments were served. Both clubs wish to acknowledge the generosity this year’s cycle has benefited from, while also thanking all who took part in what proved another successful event under clear blue skies.

In addition, Waterford Rotary Club held  its annual Cycle 4 Families event in aid of Ronald McDonald House at Crumlin’s Our Lady’s Hospital for Sick Children on Sunday last, May 8 in what was the 10th year of an event which has raised €60,000 to date. Ronald McDonald House us a home away from home for families of seriously sick children who are hospitalised for treatment in Crumlin. The cycle left McDonalds on the Cork Road for a return cycle which brought participants as far as Tramore GAA Club. 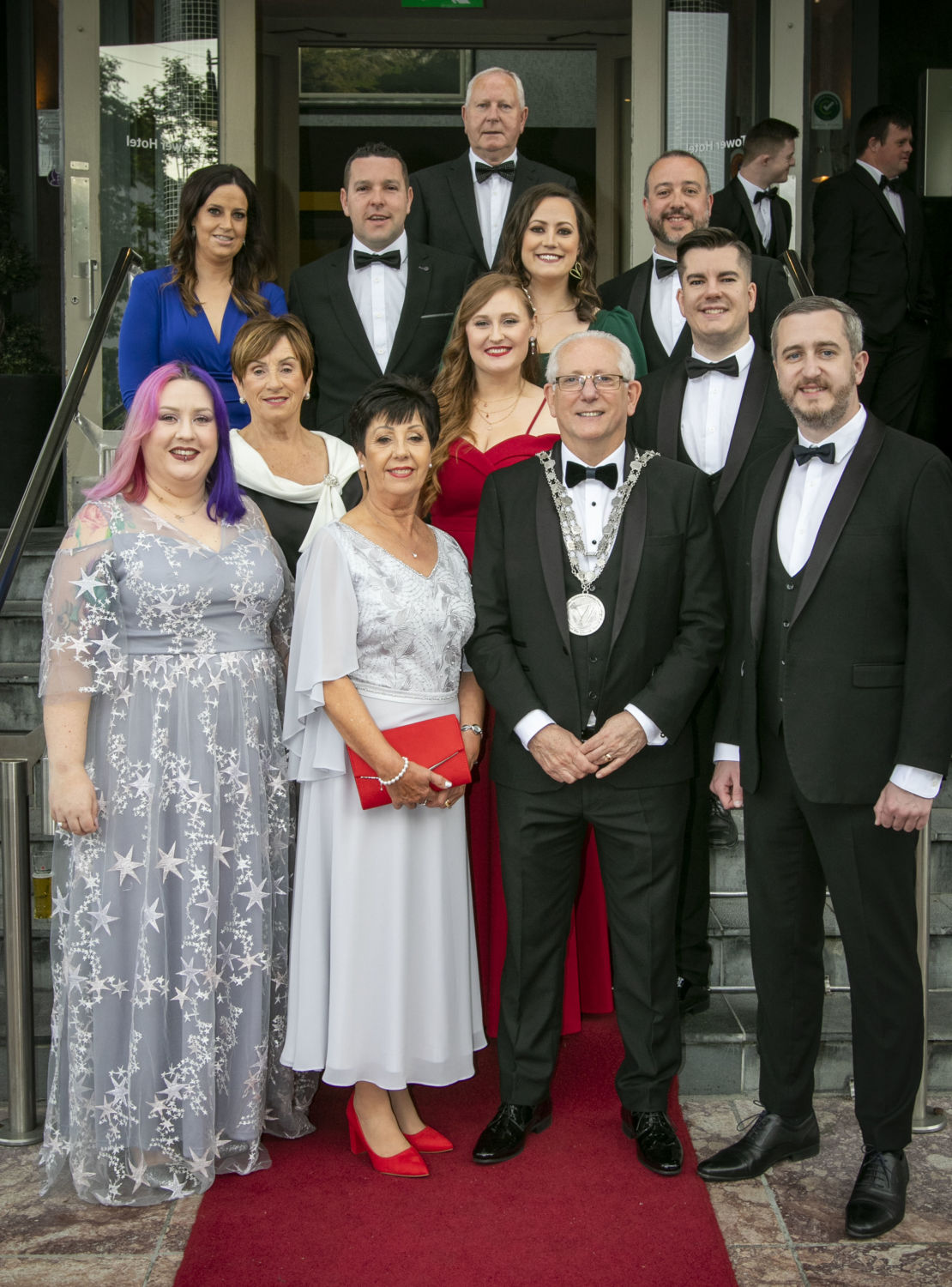