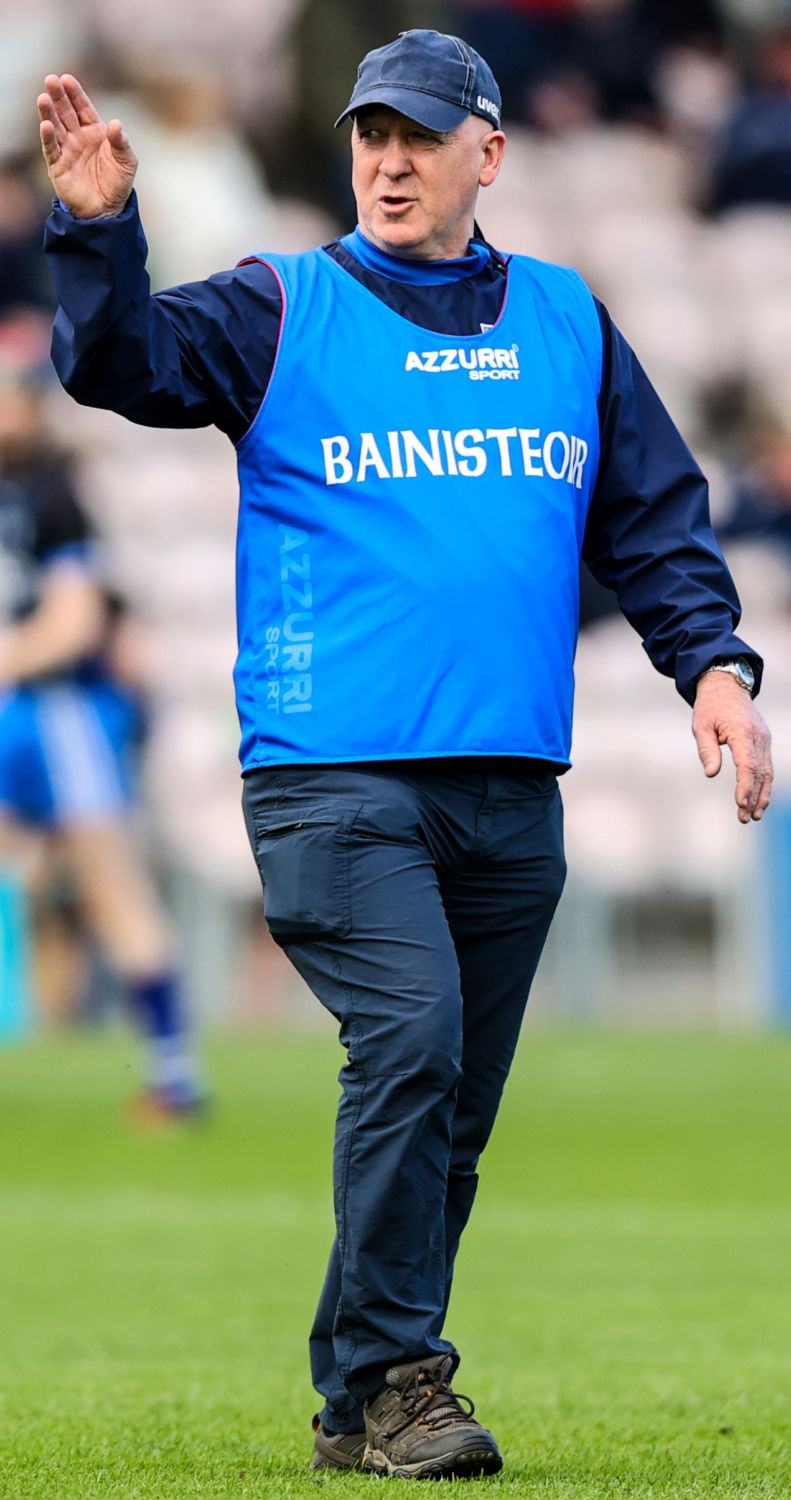 Shane Ahearne believes that there are better days ahead for his minor charges despite their 21-point loss to Tipperary last Tuesday night.
Heads were slumped as players, management and county board officials returned to the dressing room in the bowels of the Old Stand. A couple of speeches were made inside.
“I just thanked the lads for the effort all the year. While it was a bad night on Semple Stadium tonight, I’m going back a long number of years and I’ve had a few days here as well. It’s how you recover from these nights that makes a hurler of you and makes a man of you. The effort these young fellas put in all year and even if you go back the last two or three years during the Covid and everything, they were still doing their training. It’s been a fantastic effort out of these fellas. While we didn’t see it here tonight, hopefully I’ll see it in the future. There’s a lot of talent in that dressing room. While it didn’t come out tonight, it will sometime in the future.”

‘WE LOST OUR WAY’
There were only two points between the teams in Dungarvan four weeks previous. The gap widened to a whopping 21 on this occasion. “We lost our way in the second-half. We were in a tough position at half time, nine points down. Halfway through the second-half, we got a run going and we got it back to seven points. Seven points in a hurling match is nothing. They ruined our momentum with a point or two and near the end, they struck two goals. It was disappointing the way it finished but I think it was a poor reflection on our effort here tonight. We were so disappointed we didn’t win it in Dungarvan, we lost our way halfway through the second half that night and we were punished at the end. Tonight, while we never looked like winning it, I thought we had a chance of getting back into it.”
The Waterford management team tried four different man markers on Tipp full forward Tom Delaney but to no avail. “We knew with a while that Tom Delaney is a good hurler. We tried a few different men on him and he hit one of those nights. They had Damien Corbett and Paddy McCormack as well so we knew there was a lot of danger in their full forward line and they punished us tonight.”

‘TALENT WILL SHOW ANYWHERE’
Three stunning second-half saves from goalkeeper Brian Callaghan was the one positive to take from the night. “In fairness to Brian, he only stepped in at the last minute. We got an injury just before the Tipperary game, the first game, and Brian had to step in as number 16 and then he won his way in as number one. Conaire Ó Siothcháin was good back-up and Pierce Kennedy was back-up tonight. Brian is a talented player. If you wanted him to play centre back, he could play centre back. A good future for that chap. Hard to know where he will end up, whether he’s going to stick with the goal or move out the field. Talent will show anywhere.”
Last Tuesday marked the end of his term in charge. Some of the players will be back again in 2023. “I think there’s four from the starting team that will be minor again next year. It’s nice to have a carryover. We had five from last year’s team, we’re hopefully handing on four from this year’s team. Sometimes it’s not about who’s underage next year, it’s what you do this year. It’s been a disappointing finish.”

‘PHENOMENAL EFFORT’
One win and three defeats wasn’t what the Ferrybank man had in mind for 2022 but he hopes to see these players back in Semple Stadium soon. “I’m just thankful to get the chance to do this and thankful to the group of chaps in that dressing room. The effort they put in over the last six months, since the first of October, has been absolutely phenomenal. The effort from the management group has been huge but the effort from the players has been absolutely brilliant. That’s the big pity about tonight, that they didn’t get to show it out on a stage like Semple Stadium. They’re a good bunch of young fellas and talent and effort like that will come through eventually. We’ll see them on Semple Stadium winning things in the future.”