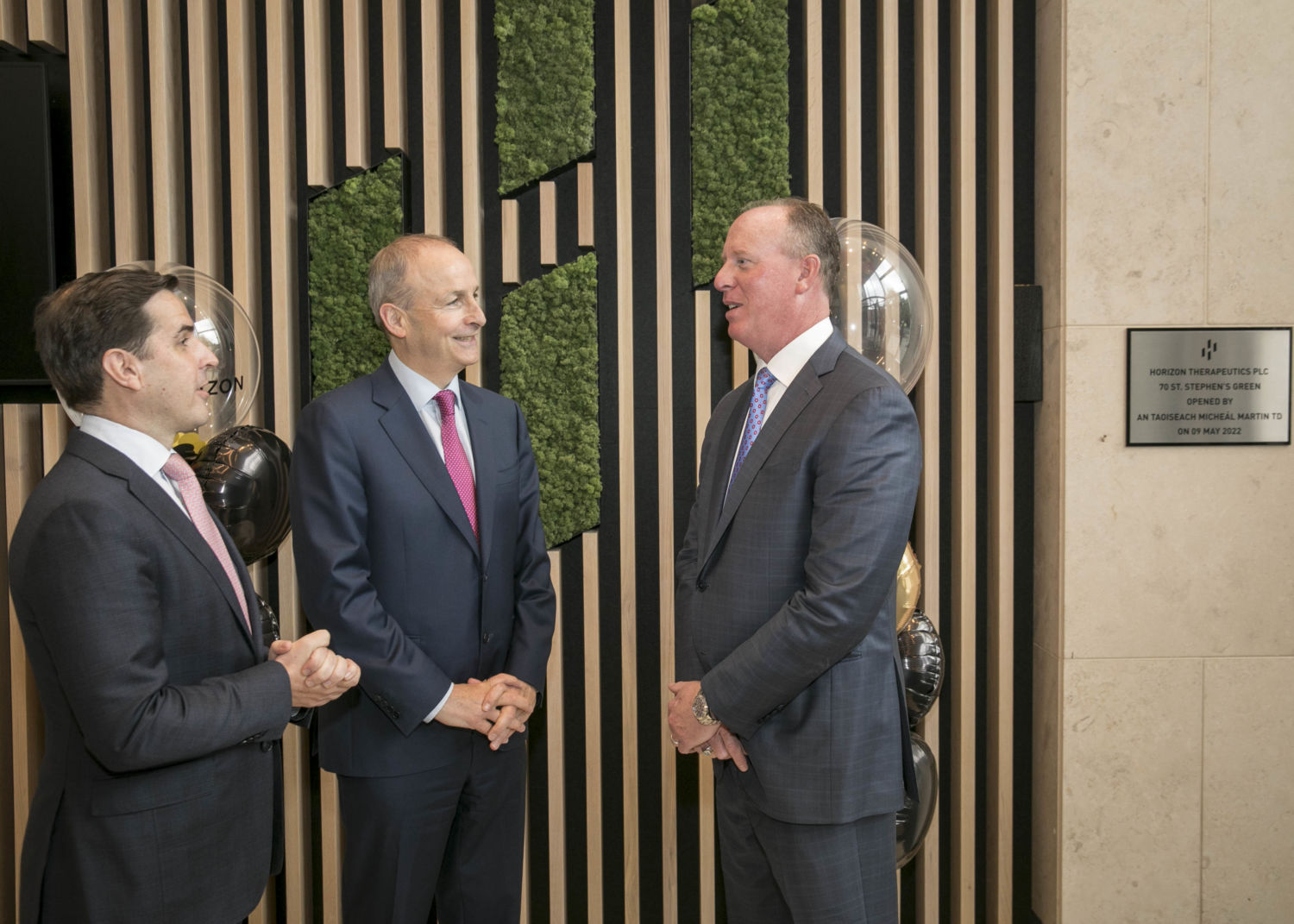 Horizon has been headquartered in Ireland since 2014 and now employs approximately 200 people in in the country across a variety of key functions including finance, legal, technical operations and research and development.  That number is expected to grow to 300 in the coming 18 months.

Last year, the company purchased the former Eirgen plant in Waterford to support the growth of its on-market rare disease medicines and pipeline biologics.

Speaking at the event in Dublin,An Taoiseach, Mr. Micheál Martin said, “I welcome the company’s commitment to creating an additional 100 new jobs in Dublin and Waterford. The company’s decision to add a manufacturing facility in Waterford last year further underlines the leading role Ireland plays in the company’s operations. Horizon’s drive and commitment to innovation and its highly skilled and talented workforce here will continue to bring the company considerable further success in the years ahead.”

Timothy P. Walbert, chairman, president and Chief Executive Officer said, “Ireland has been a wonderful location for Horizon for nearly 10 years and we as a company benefit enormously from the rich pool of talented and enthusiastic employees here. Ireland is a key part of our global strategy and we will continue to invest significantly here to enhance our business and to demonstrate our support for the wider community.”

Martin Shanahan, CEO of IDA Ireland said, “Horizon is one of the next generation of high growth biotech companies and its investment and job creation in both its Dublin Global HQ and its advanced manufacturing facility in Waterford is very welcome and adds to Ireland’s growing biopharma industry. I wish the Horizon team continued success and offer the ongoing support of IDA Ireland.”

During the last two years, Horizon has provided approximately €1,000,000 in community support including over €120,000 in scholarships to help economically disadvantaged students attending Trinity College Dublin and South East Technological University, formerly Waterford Institute of Technology. In addition, Horizon was recently named the Title Partner of the Irish Open in a six-year deal, which will begin with the 2022 Horizon Irish Open at Mount Juliet Estate in County Kilkenny, Ireland, from June 30 to July 3.