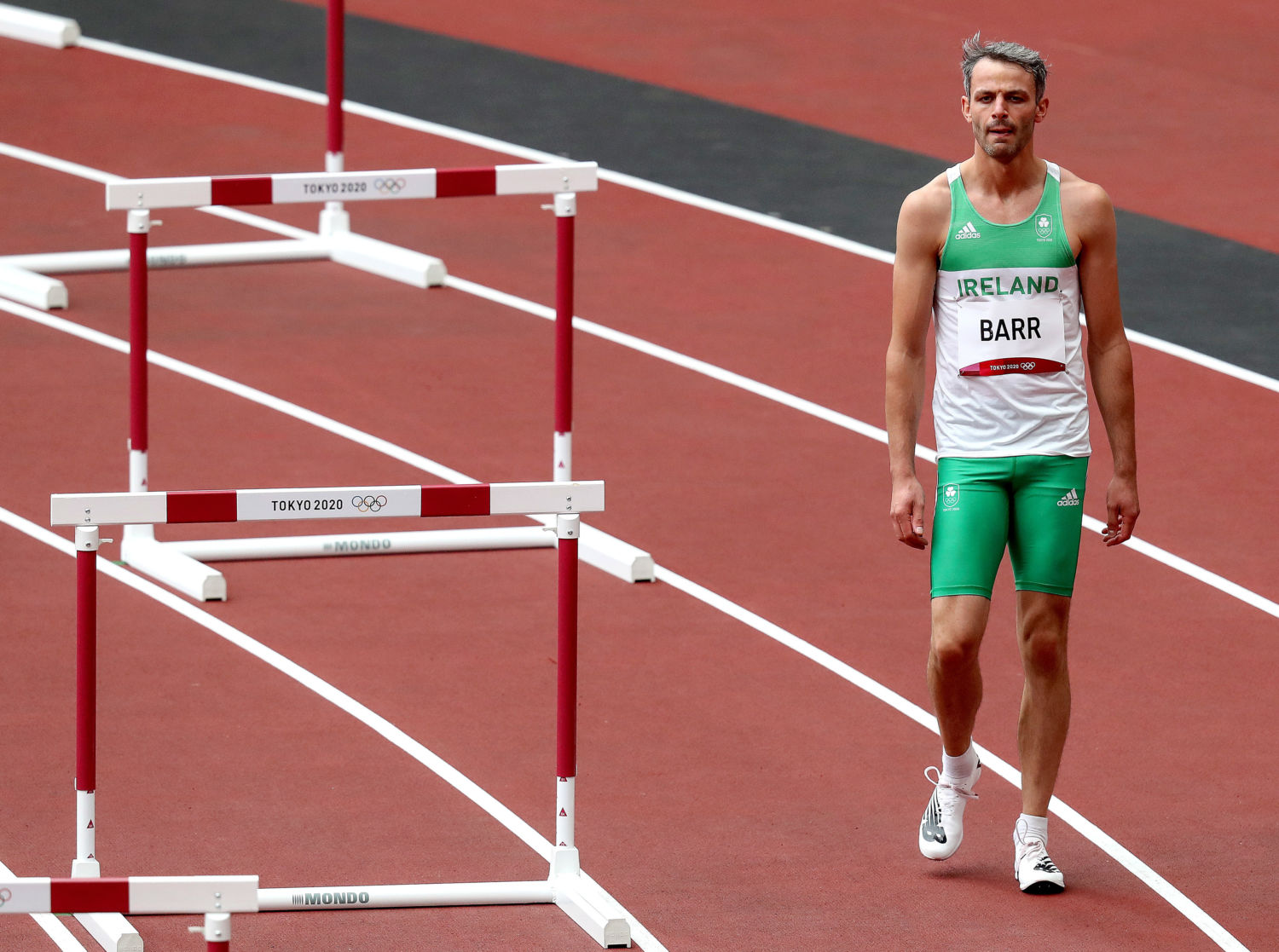 The Diamond League in Doha will see Thomas Barr in action this Friday evening in his first race of the season. As it happens the race couldn’t be any tougher with three Olympic finalists from Tokyo in it including the silver medalist Rai Benjamin USA ,bronze medalist Dos Santos of Brazil and Adderman Samba Qatar fifth in that final. With the rest of the field not available at time of writing from the three mentioned it’s obviously top class.

Award for Barry Keane
Barry Keane Waterford AC and Butler University USA has been selected as the Big East Conference Athlete of the week last week. He set the Butler outdoor record in the 5,000 meters on Friday night week at the Payton Jordan Invitational, clocking in at 13:26.29 a personal best to finish third in the elite field. The time broke the old school record by more than four seconds.

County Championships conclude
Over 600 athletes from all the clubs in the county took part on day two of the County Track and Field Championships at the RSC in beautiful weather Star performer was Eddie Raicevic Finish Valley who won five u 14 titles ,two more had trebles Corey Scanlon also Finisk Valley and Taiwo Adreni Waterford AC both in the youths, Doubles were scored by the following, youths Annabelle Walsh and Leo Lehmann Waterford Ferrybank,,u16 Caoimhe Murphy Tramore, James Feerick Finisk Valley and Rebecca Walsh KCK,u 15 Brian Prout and Fionn Sherman Waterford,u14 Lucy Clinton Waterford and Maya Rossa Blackwater, u13 Leah Queally KCK and Scott Windle Ferrybank, u10 Ellie Mai Doherty and Jarlath Hurney West Waterford and u 9 Ryan Campbell Tramore.A sincere thank you to all who helped out with the Championships on the track and with field events and with results etc. We also include the Ground Staff at the RSC. We had an accident with one girl from Waterford AC Laura Flynn at the end of a race and we thank the two nurses who came to her assistance immediately and the Ambulance Crew who came to her also in brisk time and the Gardai. We all wish her a speedy and complete recovery.-

Hennessy wins again
85 runners took part in the O’Neills Pharmacy Tom Jordan Memorial 5 miles Road Race in Portlaw on Friday evening and Pat Hennessy West Waterford AC led all the way to win convincingly in 2 5 minutes 2 seconds Noel Murphy Waterford was second in 25.32 and Craig O’Brien Ferrybank third in 25.34 Ruth Fitzgerald Waterford was the easy winner of the ladies race in 29.15,Louise Mahony was second in 31.58 and Joan Mahony was third in 33.13 .It was Race 2 of the Carrick on Suir Road Runners Series and 14th year of Outfield Sports Sponsorship It was a well run event with lots stewards out around the course, the Red Cross and a Garda presence also, thanks to the local Primary School for providing their facility for entries and the Forge Inn where prizes were presented and food after race served by the ladies, proceeds go to Portlaw Red Cross

Munster Championship fixtures
Dates are now set now for all Munster Track and Field Championships and can be be found on Munster Athletics Website.