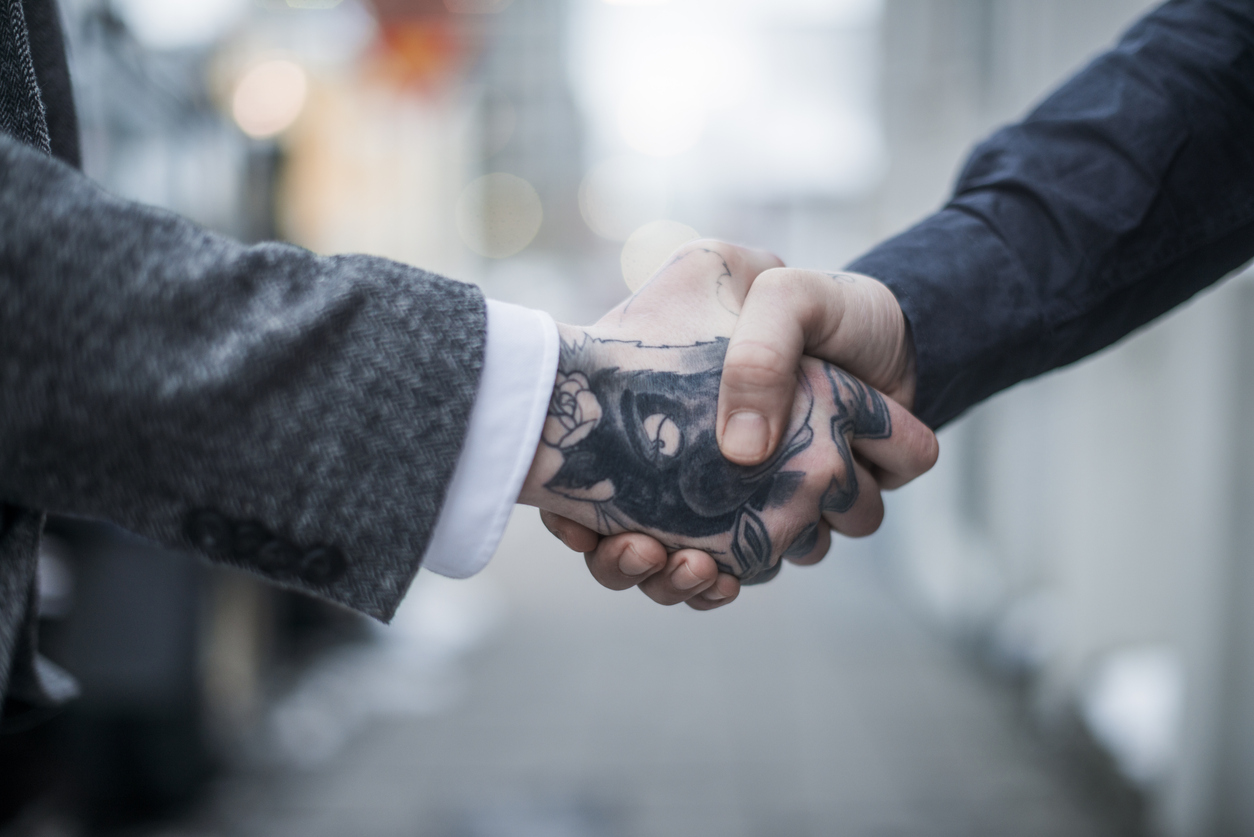 I DON’T have tattoos on any part of my anatomy. I have no problem with anyone who does, but it’s just not for me. It’s certainly caught on over the years and apparently some 40% of us are now sporting some kind of permanent ink somewhere on our skin.

I suppose it’s the idea of the discomfort of having a needle inserted in to my flesh that primarily puts me off getting adorned, but also, generally, I don’t find them particularly pleasing to my eyes. Mind you, I’ve seen some very nice tattoos on people. Some are quite eye catching. Others leave me cold. I don’t get the back of neck covering and the lower leg ones I find a bit odd.

‘Unnecessary discomfort is not my thing’

I totally understand though someone having the words “I Love Mum” proudly displayed on their arm. I’m fine with that but it’s the folk who engrave the name of their beau or girlfriend that concern me. All might be well with Tony and Linda at time of tattooing but it becomes a bit awkward if ever they split. Pledging your undying devotion is one thing but getting names pretty much permanently etched on your person is a step too far for me. I gather that although not impossible to remove, it’s a bit of a process and laser tattoo removal appears to be the best solution if you’re dying to get rid of that gang name on your arm or a political affiliation that may not now be acceptable to you.

I can’t help thinking that alcohol plays a huge part in the decision to go ahead and instigate a tattoo and I’ve heard a few cautionary tales that might make you think twice should you be thinking along the lines of getting a job done.

One that comes to mind is a story from the horse’s mouth about a bunch of young Irish lads, one of whom I know well, very drunk and roaming Australia. Coming across a less than salubrious tattoo counter one of them in his wisdom decided to have the words ‘In The Horrors’ tattooed on his back. I’m sure it seemed both hilarious and a good idea at the time; a bit of fun and anything for the craic.

He wrote the words down for the tattooist and settled in for some pain. You can probably guess what’s coming. Who knows if it was his penmanship that let him down or an illiterate tattooist, probably the former, but he ended up with the phrase, ‘In The Happres’ for his troubles. I have no doubt the horrors more than likely came when he woke up the next day to the realisation of the nonsense now inked forever on his back.

That tale of woe alone would be more than enough to put me off. Don’t get me wrong. Some designs are impressive and a discrete butterfly on a lady’s ankle can be very cute. I can’t but think in years to come, some folk will regret what they did in their teens. Too late alas.

Mind you, if your life depended on it, you could live with being tattooed I’ll wager. There’s a great story I read recently of an Irishman who rather unfortunately found himself shipwrecked on an island inhabited by people known to engage in cannibalism.

The hardy James F. O’Connell, a Dub, danced a jig to save his life and allowed himself to be tattooed as was the custom of the tribe on the remote Pacific island of Pohnpei. It was that or end up on tonight’s dinner menu. Apparently, he was then made a fully-fledged member of the islanders and went on to father a couple of kids before eventually leaving Pohnpei forever.

As the story goes, he wound up in New York and in the 1840’s he found himself as one of the attractions of one PT Barnum’s famous circus show where, along with bearded ladies and other strange acts, he became known as the Tattooed Irishman. Some commentators suggest he was not facially tattooed by the Pohnpeians as he claimed, but that he’d had that done later himself to heighten his appeal and stand out more in showbiz. Whatever the truth, he gained considerable notoriety until his death at the age of 46 in 1854.

Seemingly, there’s even a pub in Pohnpei that serves a cocktail in his honour. One for any budding explorers who fancy an exotic trip. I’m told the island lies somewhere between Hawaii and the Philippines.

O’Connell may have had no choice in the matter but he certainly made the best of a difficult ordeal and has been recognised as America’s first tattooed showman.

One tattoo I do think was cool was the one sported by the legendary Steve McQueen in the film Papillon. The title of the film translates as butterfly and funnily enough, ‘Pappy’ played by McQueen is washed up on a Pacific island. The local chief requested he do a butterfly on his chest like the one Steve had on his. Refusal would have almost certainly meant death so he obliged and did a rather tasteful job for a non pro artist.

I’m imagining some body areas must be more painful than others to attend to and I read somewhere you won’t find anyone getting palms done as the pain would be excruciating. I’ll definitely pass on that. Unnecessary discomfort is not my thing. Maybe in time boffins will come up with a more user-friendly method for applying tattoos or, even better again, a simple and safe procedure for their removal. I might even reconsider getting a small Up The Déise inked on my arm for the fun of it.

Probably not though. My one suggestion to any of you with young adults going on holidays anytime soon, make sure your tattoo artist knows exactly what you want. Coming back home with ‘Loverpool FC’ could make you the butt of a lot of jokes.