View from the Green Room: Magnificent My Fair Lady 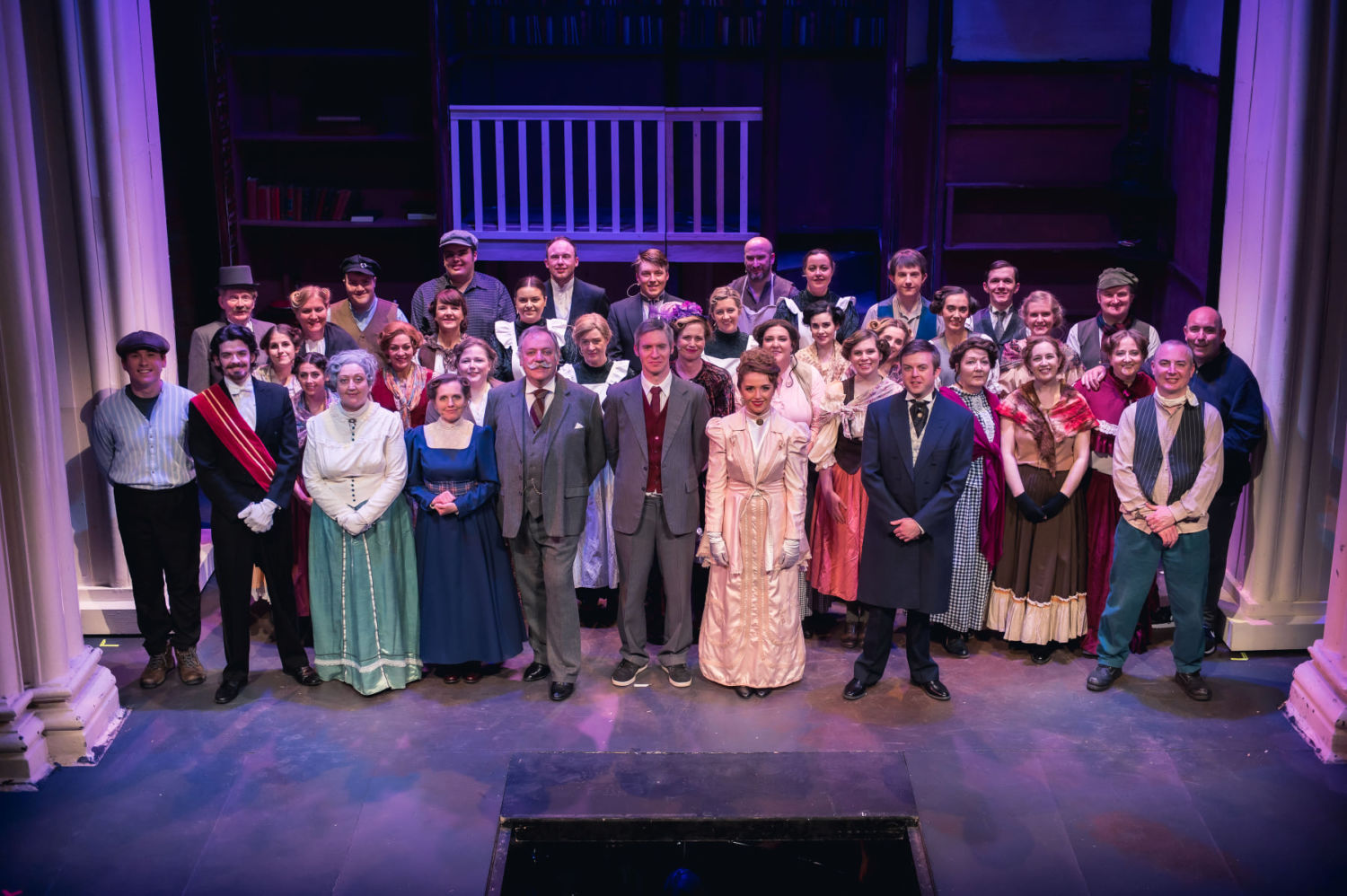 WHEN you can feel the buzz in the Foyer, you just know that this is going to be a special night on the Mall. All the Facebook comments during the week read like fan mail for a show that turns out to be a blockbuster. And when the audience sang along to the overture from the live orchestra – what a treat – the theatre was buzzing before the curtain had even been raised. I mean… how often does the audience entertain the cast?

It’s a great feeling when everything comes together and Waterford Musical Society is just purring with pride. A stellar line-up, a fast-moving script with a Ben Hennessy set that zips along under Paul Greene’s stage-management, an orchestra that pounds along under MD Wayne Brown’s firm beat, comic asides and knees-up choreography, wonderful singing and a score to die for. This is old-fashioned musical theatre at its very best and Director Andrew Holden, in his best production to date, just sucks us into the absorbing drama of this musical play.

Everyone in the cast is word-perfect and the lines fall as if it’s their first iteration. There are no small parts. When bartender George (Ultan Hayden) clears his bar, I feel like standing up and hiking it! Jamie (Adam Phelan) and Harry (Adrian Dower) could be anyone’s drinking butties and their tight harmonies with Doolittle are spot-on, while Mrs. Hopkins (Karen Hearne) could gossip for Ireland at the Olympics. Olga Greene is a suitably prim Mrs. Eynesford-Hill, while Kieran Walsh has a smashing cameo as the sham “hairy hound from Budapest”, Zoltan Karpathy. Lynn Cahill is an aloof delight as an amused mother to Prof Henry Higgins who carries that measured tone of stiff-upper-lip detachment for her scholarly son who continues to embarrass her.

Martine Rogers is superb as the uber-efficient housekeeper Mrs Pierce with the energy of a volcano, the confidentiality of the confessional and the patience and empathy of a saint. Timmy Maloney carries all that wide-eyed, delightful, open innocence of Freddy Einsford-Hill, who is content to wait outside Higgins’ house just hoping for a glimpse of his adored Eliza and his light-baritone in “On the street where you live” is a delight.

Ray Collins is an eye-twinkling, conniving, manipulative dustman, whose entire life’s experience is directed towards cadging drink from unsuspecting barmen, butties and his much-neglected daughter. His songs are raucous, knees-up pearly-king showstoppers with the audience joining in. Doolittle is everyone’s favourite father – provided he’s not your own! – and, crucially, allows us to see Eliza’s soft and kind centre as she regularly bails him out. Tobie Hickey’s Col. Pickering is the perfect foil to Higgins’ rumbustious ramblings and verbal jousts and his reactions are a masterclass in acting. Tobie’s Pickering is kind and gentle with a delightfully entertaining ability to get things slightly wrong as he does in the comic telephone monologue.

Rory Walsh and Susan Boyce are magnificent as Higgins and Eliza – two of the most demanding roles in musical theatre – and carry the burden of this epic script to its conclusion. At no stage did I ever feel that either of them was acting. These performances are elemental, natural and real and you could touch the electricity between them.

Before he meets Eliza, Rory Walsh as Higgins is a self-made man who worships his creator. He is an arrogant, dismissive, scholarly know-it-all until he falls under Eliza’s charm. It’s a brave decision from Rory and the production team to sing so much of Higgins’ role (Rex Harrison delivered the entire part in recitative) and it brings an edge and a charming difference to the production that I’ve never seen before. There’s a geography and a space to Rory’s voice that brings you to unexpected places. Rory’s Higgins is commanding, witty, charming, intelligent, and, yet, curiously vulnerable when faced with the prospect of losing Eliza and his songs are a delight.

Susan Boyce gives a towering performance as Eliza. Witty, feisty, sensitive, appealing, entertaining, and her transition from street flower girl to sophisticated lady is well handled. Susan’s Eliza moves from the girl from the Covent Garden market to the student in Higgins’ language laboratory to princess of the ball with disarming ease and her restrained dignity defines her as My Fair Lady. Susan’s subtlety in revealing Eliza’s vulnerability as the in-between girl – no longer a flower girl and not yet Higgins’ equal – is the heart of the drama. Her soprano is a delight and her top G at the end of “I could have danced all night” is a show-stopper. It’s hard to believe that such an assured, captivating performance, in this most challenging of roles, could have come from an actress so young.

The show played to packed houses all week and the nightly standing ovations for this talented cast are richly deserved.

My Fair Lady was a joy.