EVERY athlete has a personal reason, a why, something which focuses them and sustains their endurance. For Alan Corcoran, that reason was his father, Milo, former FAI President and beloved father of two. 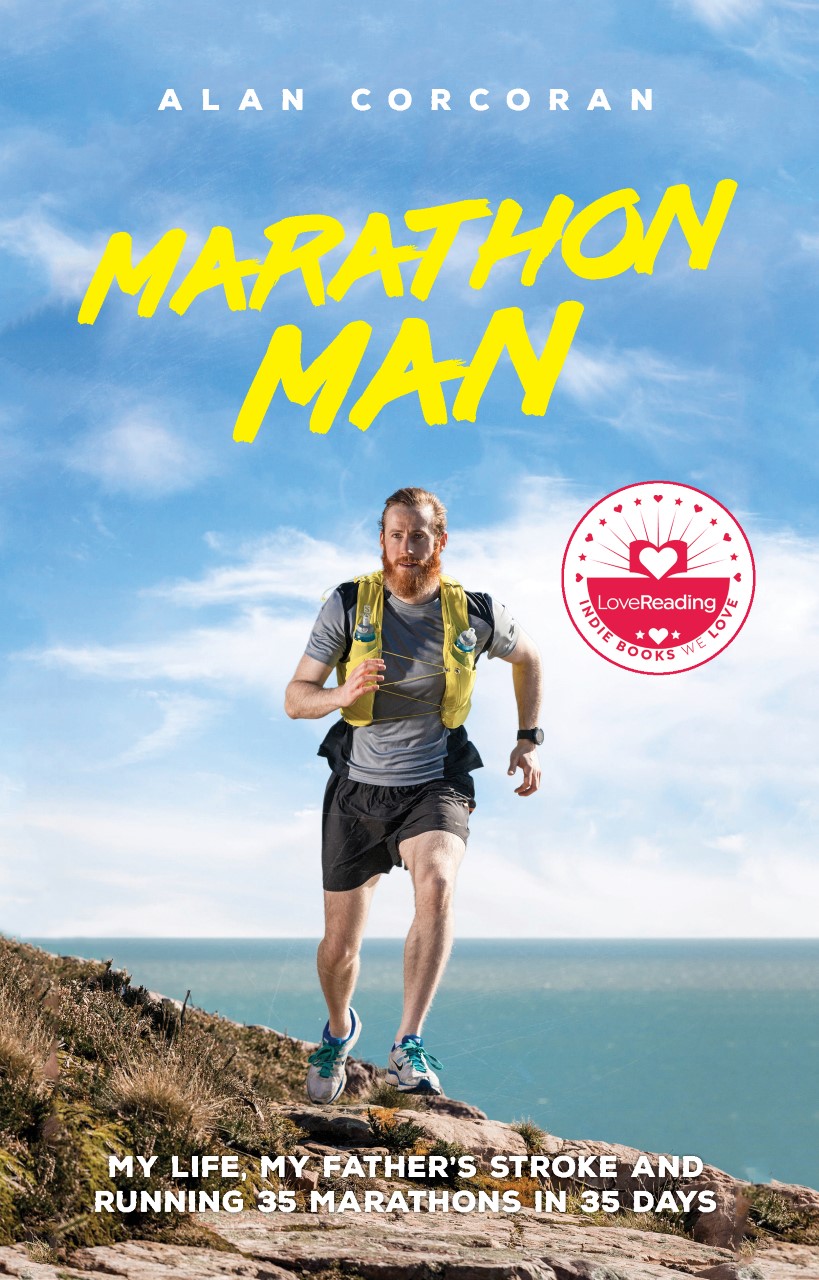 When Milo suffered a stroke, Alan was in Scotland for a year on the Erasmus student exchange programme for college. The phonecall he received from his mother tried to downplay the severity of his father’s condition, but the reality was that he could not sit up unaided and his speech was slurred and heavily impacted.

Alan’s world fell apart and he returned to his life-long love of sport in order to give his father something to look forward to; in conjunction with the Irish Heart Foundation, the idea was born and in 2012, Alan would run the length of Ireland at the age of 20, a distance of 1,500 kilometres in 35 days.

Alan’s book takes us through the gruelling test that was each of the 35 marathons, and the atmospheric writing creates an overwhelming sense of intensity as the difficulty around the challenges continues to mount.  While much of Alan’s book is dominated by the arduous journey around Ireland, the origins of his own personal story are incredibly interesting in its own right. This is perhaps where I was most drawn to, because it offers the man and the family behind the story, behind the headlines, and the result is inspirational, evocative, and deeply personal. The book opens and closes with one concept-family. Alan brings to mind a happy childhood home filled with the familiarity of competitive sibling rivalry, and the certainty of love in the home.

This certainty became more vital as the early aspect of the book progresses because when Alan began to battle teenage acne, his self-esteem plummeted and no matter how many trophies and medals he won for sporting achievements, he felt powerless against how deeply his appearance was affecting him. Sport was a way to control, to overcome, to compete against oneself, because on Monday the school collar would again rub against the raw, chaffing skin of his teenage skin, ravaged by acne.

This time did not last forever, but these experiences at such an early age, together with the devastating loss of friends long before their time, left their mark and encouraged Alan to be fast. There was a relentless element to the writing, consistent with someone determined to finish, to tell his story, and the writing is peppered with honesty, sarcasm, anger, euphoria and defeat.  I finished this book with a renewed sense of vigour for the life I have, for the opportunities before me, and I think for any writer to be able to have such an impact is an extraordinary feat.

Dymphna Nugent contributes reviews to the Irish Examiner, the Irish Times, and the Waterford News and Star