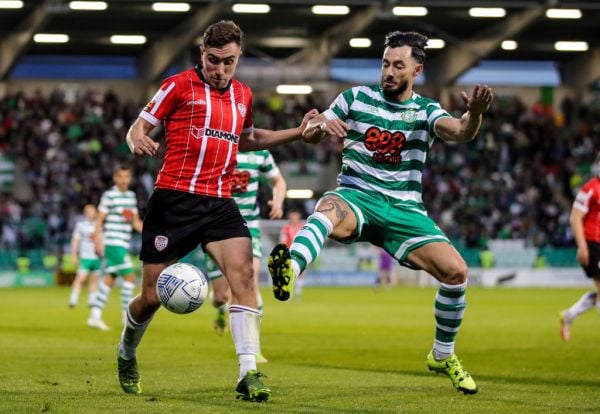 Shamrock Rovers have beaten Derry City 1-0 in the SSE Airtricity League Premier Division to cement their position at the top of the table.

A goal from Danny Mandroiu in the closing quarter of the game at Tallaght Stadium was all it took to seal the win for the homeside.

Meanwhile, Dundalk took the largest winning margin of the evening with their 3-1 victory over Bohemians.

Despite Ciaran Kelly claiming the first goal at Oriel Park, the homeside fought back after the break, with goals from Patrick Hoban, Robbie Benson and Paul Doyle getting them the win.

A header from Sean Boyd saw Shelbourne past Drogheda United, while UCD and Finn Harps played out a goalless encounter in Ballybofey.