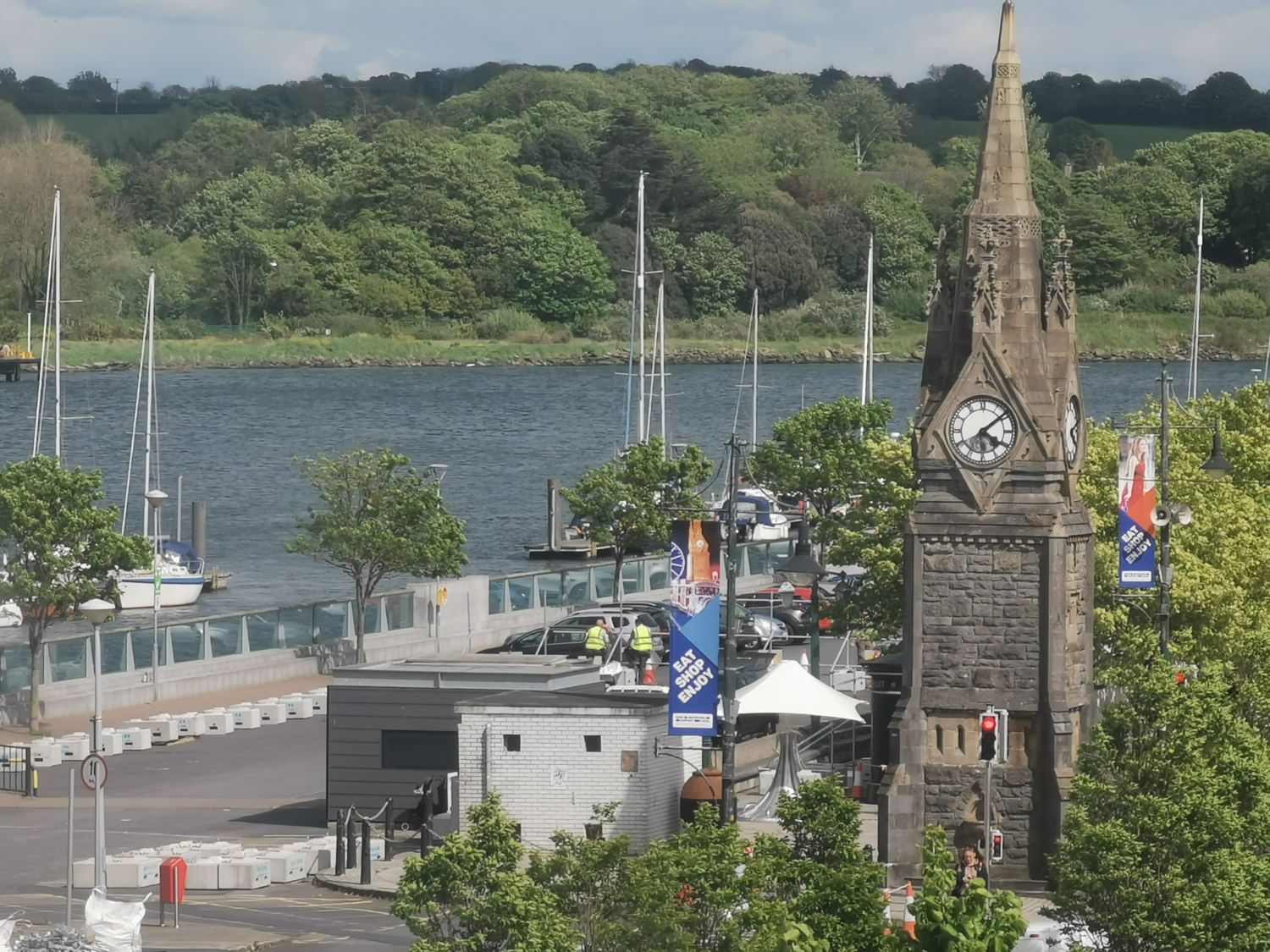 Signs of life when it came to the South Quays Plaza project became evident earlier this week.

ENABLING works on the South Quays Plaza have welcomingly commenced, according to Waterford City & County Council.

This represents the first phase in the delivery of the new Sustainable Transport Bridge that will link Meagher’s Quay on the South Quays to the North Quays Strategic Development Zone (SDZ).

The 220-metre-long bridge and South Plaza will link with the extended Waterford Greenway via the new Bilberry extension and the 23-kilometre South East (Waterford to New Ross) Greenway which is due to be completed in Autumn 2023.

The Waterford City Marina, where the Barrow Princess tourism vessel berths, will also be accessible from the South Plaza.

The National Transport Authority (NTA) via its Active Travel Investments Grant, is funding the Sustainable Transport Bridge, the South Plaza and the Bilberry Greenway extension.

The plaza will extend east and west of the Clock Tower with public realm enhancement and a focal point for local and visiting pedestrians and cyclists.  The plaza will be landscaped with street furniture, incorporating seating, trees, planters, lighting, grassed and paved areas and bicycle facilities.

The enabling works contract will be carried out by Suir Plant Ltd as contractor while Roughan O’Donovan Consulting Engineer is the lead consultant in charge of the works.

This enabling works contract will include the diversion of existing services along with investigative works in advance of the main construction contract.

A City & County Council spokesperson stated: “Other North Quays project elements are also progressing well, at the end of May a separate enabling works contract for rock stabilisation to the north of Plunket Station is also due to commence.”

As we reported in Tuesday’s print edition, the works contract for this project commenced on Monday last, May 9. These works, combined with the extension of the Waterford Greenway from Bilberry, will lead to a greatly altered South Quays over the next year/18 months.