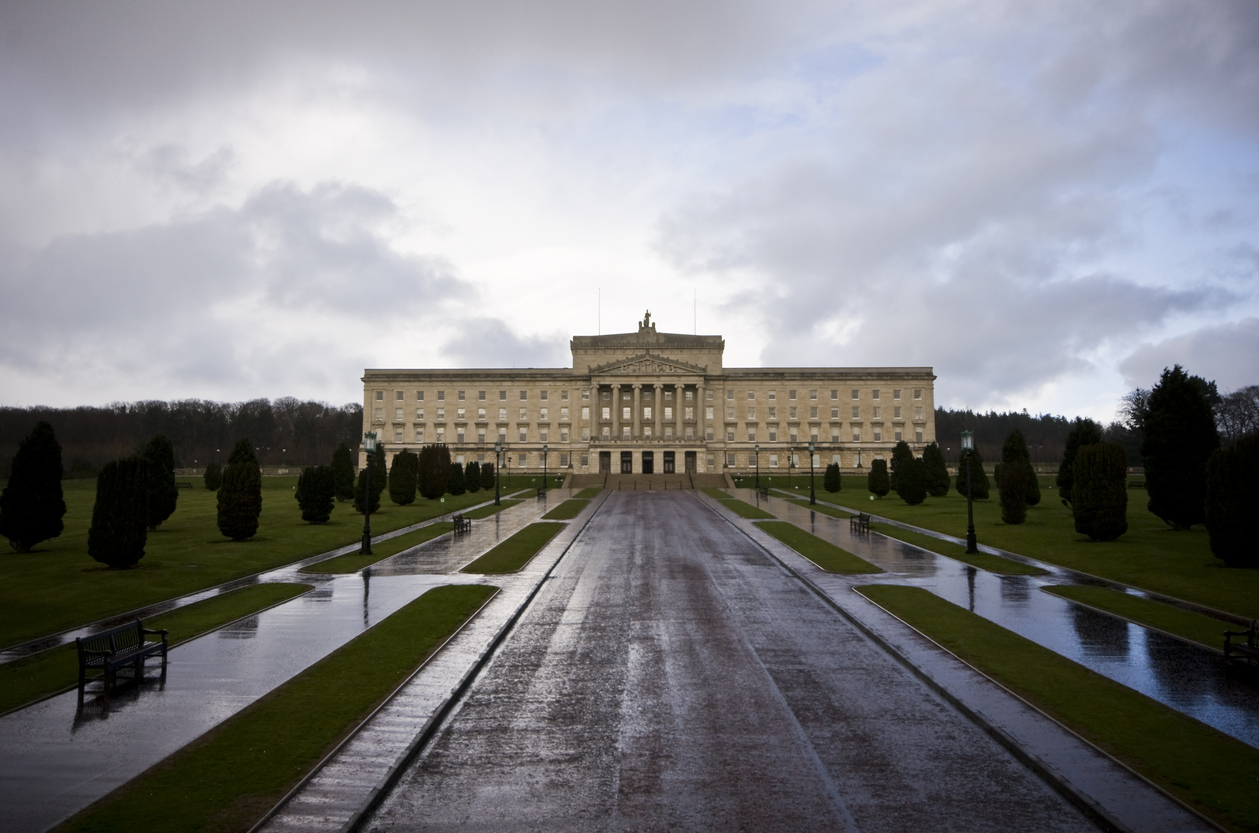 THE historic victory of Sinn Fein in the recent elections in Northern Ireland has been heralded as a major breakthrough for the nationalist cause. Sinn Fein leader Michelle O’Neill is set to become First Minister, the first ever nationalist to hold such a post in the 101 years of devolved government in the North. Her appointment is, however, contingent on whether or not the DUP agree to establish a power sharing executive with Sinn Fein… and therein lies the problem.

I offer a reflection in the aftermath of the election results. I do so, unapologetically, through the lens of the Christian faith as both sides, Unionist and Republican, claim allegiance to this faith. Indeed, it is hugely ironic that while Unionism castigated the Republic for the close alliance with the Catholic Church, there was a much closer alignment between the Protestant Church and state in the North. Ordained ministers served in the Stormont Government. Sinn Fein/IRA have publicly demonstrated allegiance to the Catholic faith through attendance at Eucharist and receiving communion at high profile Masses, particularly at IRA funeral celebrations.

‘Both sides have traduced the Christian faith they publicly profess’

Both sides have traduced the Christian faith they publicly profess. In the Protestant tradition, the God revealed in the cross of Jesus is effectively replaced by an idol, the god of Empire. This was demonstrated most aggressively during the first 50 years of devolved government in the North. Protestant leaders in Stormont saw no contradiction in maintaining oppressive structures, which discriminated against and oppressed Catholics. Through a contrived system based on gerrymandering, a Unionist Protestant majority was ensured. Access to housing, jobs, education was severely restricted if you were Catholic… all in the name of Empire, and blithely ignoring the example of Jesus whom Christians profess to follow.

Jesus resisted the oppression of the Roman Empire by siding with the destitute, the socially marginalised, those who were displaced through

military occupation. He identified with the persecuted and the ostracised. His resistance led him to the cross.

The Sinn Fein/ IRA axis manipulated the very same cross, the primary symbol of Christianity, just like white supremacists in the USA, who saw no contradiction in being Christian and racist. The IRA glorified those who gave their lives for the cause of Irish freedom, just as Jesus gave his life for us. Innocent lives, massacred in the glorious battle for a 32-county republic were regarded as somehow redemptive, as the price to be paid for freedom. In an utterly idolatrous exchange, the god of Nationalism replaced the God of Jesus.

The cross is the revelation of God who is in total solidarity with victims of oppression and violence. Families and neighbourhoods devastated by murder of innocent loved ones found consolation in the cross. Christians in the USA now recognise that the lynching tree, whereby thousands of black Americans were hung from a tree at the whim of the mob, reveals the real meaning of the cross of Christ… God in utter solidarity with the despised and victims of the world as God was in solidarity with the first person lynched, Jesus. Through faith, the persecuted recognised that God had not abandoned them.

There was no lynching tree as such in Northern Ireland. Instead, we had the bombings and the massacre of innocent victims during the troubles. I am thinking of Enniskillen, the bombings of the La Mon Restaurant, the Claudy, McGurk’s pub, in which the mangled bodies of innocent victims were buried under rubble and fallen debris. Christians, whether loyalists or republican, must re-envision these desecrated bodies as a re- crucifixion of Christ… crucified by the same principalities and powers that crucified Jesus: false gods of Empire and Nationalism.

For Christians, the cross is the most powerful symbol of God’s solidarity with us in all our brokenness. Christians on both sides of the divide and their elected representatives are called to incarnate this praxis of solidarity. They do so first of all by remembering the bodies of the innocent ones murdered and maimed in the name of the false gods of Empire or Nationalism. Solidarity compels Northern Christians to shoulder responsibility for that history and to ensure that it must not be repeated. Catholics and Protestants, Republicans and Unionists are called to mutual respect, to have their hopes and dreams mutually acknowledged. There is a fundamental moral call to ensure responsible relations between both sides be created and expressed, mended and renewed. Fears and anxieties must be confronted and addressed in a spirit of empathy and compassion.

Christians on all sides identify the Good Friday Agreement as an expression of the redemptive love revealed in the cross of Christ, whereby the sheer ugliness and evil and barbarity of the troubles were transformed into an aesthetics of peace and nonviolence, mutual respect, and power-sharing. It is a structure that incarnates solidarity.

From the perspective of this Christian lens, Sinn Fein calling for a border poll after securing a majority in the Stormont elections is utterly irresponsible, reckless and provocative in the extreme. A border poll could undermine the Peace Process and harden Unionist resolve to abolish the Brexit protocol. Sinn Fein has effectively reneged on their election promises to focus on health care, the housing crisis and the escalating cost of living in the North. Every effort should be made to establish the Executive and thereby releasing the funds from Westminster, which the Northern economy so badly needs at present.

It would be a most magnanimous gesture for Sinn Fein to agree to change the titles of First Minister and Deputy First Minster so that we could have a joint First Minister. They are meant to be coequal anyway. Sinn Fein could also support the Alliance Party call for a devolved government formed by willing partners rather than a mandatory coalition based on a binary of two extremist parties, as currently laid down in the Belfast Agreement.

On the DUP side, fidelity to the Christin faith they so publicly profess, and to the fundamental virtue of solidarity would surely oblige them to enter into the power-sharing Executive without preconditions. They must reconsider the demand to abolish the post Brexit trading agreement. The idolatrous allegiance to the god of Empire is again to the fore and the very concrete implications of the Christian virtue of solidarity abandoned. Worshipping at the altar of the god of Empire induces myopic vision. It could potentially undermine the Good Friday Agreement. Where is the fundamental trust in divine providence demanded of Christian faith that difficulties with some of the protocol conditions could be renegotiated? Simon Coveney has indicated his willingness to do so.

To conclude, I wish to emphasise that Nationalist aspirations for a united Ireland must be respected. So too the Unionist self-identification as British. However, from a Christian perspective, both sides are called to transcend identity politics and through the practice of solidarity and faith in the God of Jesus to trust that a way forward can be forged in which both traditions can coexist in peace and love.