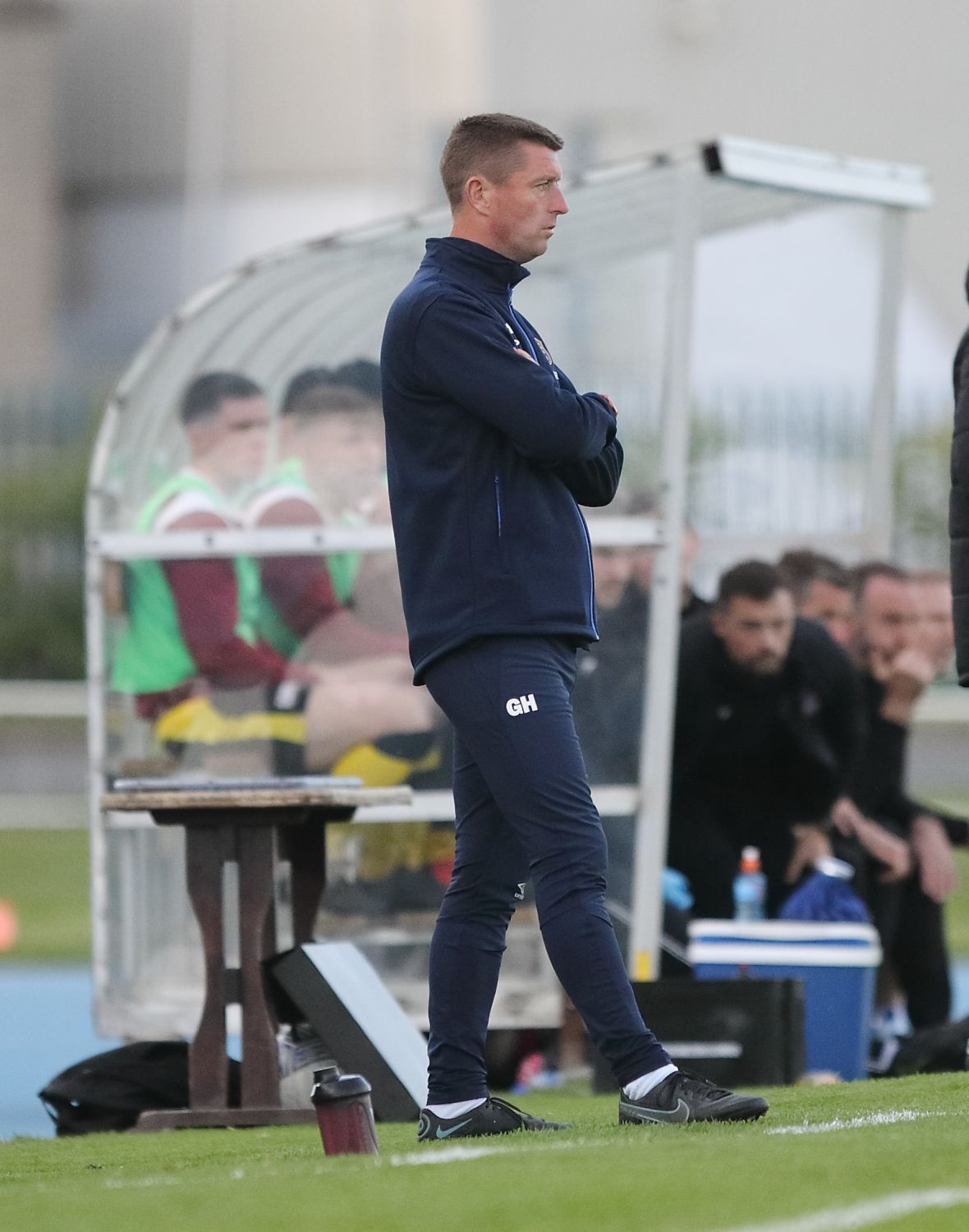 After the Blues chalked up their fourth win in a row joint caretaker manager Gary Hunt (pictured above during the Cobh game) was in a happy frame of mind when he spoke to the Waterford News & Star after the game.
“Three points are the important thing here tonight. It was a strange game in many ways and there are some things we can still work on and we will do just that. If there is a right time to concede a goal it’s early on because it gives you the time to get back on track and back into the game.
“It’s the first time this season we have gone behind and then come back and win. I thought the lads showed great character tonight. Phoenix (Patterson) is playing extremely well and he loves cutting in from the left and scoring great goals. Long may that fact last. I was very disappointed with their second goal because I felt we could have stopped their cross. We should have had players tracking back but we didn’t.
“The half-time talk was not anything exceptional to be honest. It was all about perseverance because we had a lot of the ball during the first-half and I felt that trend would continue in the second-half and it did. I felt if we continued to knock the ball around we would be fine. There was no real pressure at the interval and when we scored our second goal my belief was cemented. I felt we could kick on from there and we did. I am absolutely delighted for Callum (Stringer). I have worked with him at the underage structure here at the club and I know what he has in his locker. When he becomes more consistent, and I know he will, Callum will play a lot of games for this club. He will be a big player for Waterford FC. I am thrilled for him and indeed for his family.”

JUNIOR A GAME CHANGER
“Maybe at times tonight our final ball and cross was missing at times but if the players can become a little bit more composed we will be fine. It was wonderful to have Junior (Quitirna) back tonight after his injury. He is a game changer for us and he attracts a lot of attention from opponents and that can free up space for other players. He played brilliantly in the middle of the park when he came on.
“Hopefully we will have Anthony Wordsworth back in the near future. He is back doing some light training and he is coming along nicely. We have an extra day now to prepare for our away game against Longford Town. That will be a tough match for us but we will be well prepared and ready for the challenge up there. The players are already looking forward to the game.” 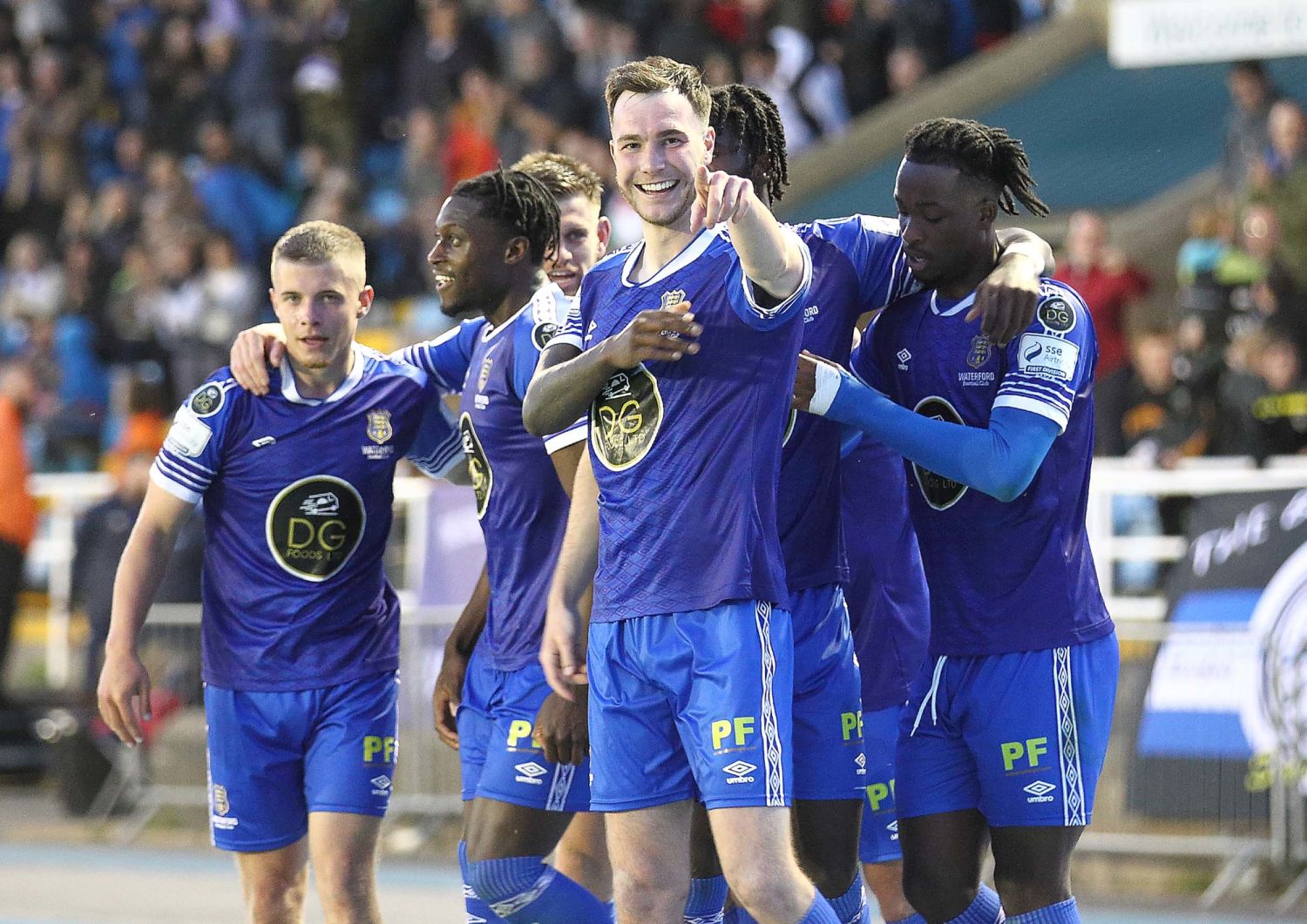 Waterford FC’s Louis Britton is all smiles after putting his side 3-2 ahead against Cobh. Photos: Noel Browne.

Roanmore bid for second county football title of the year