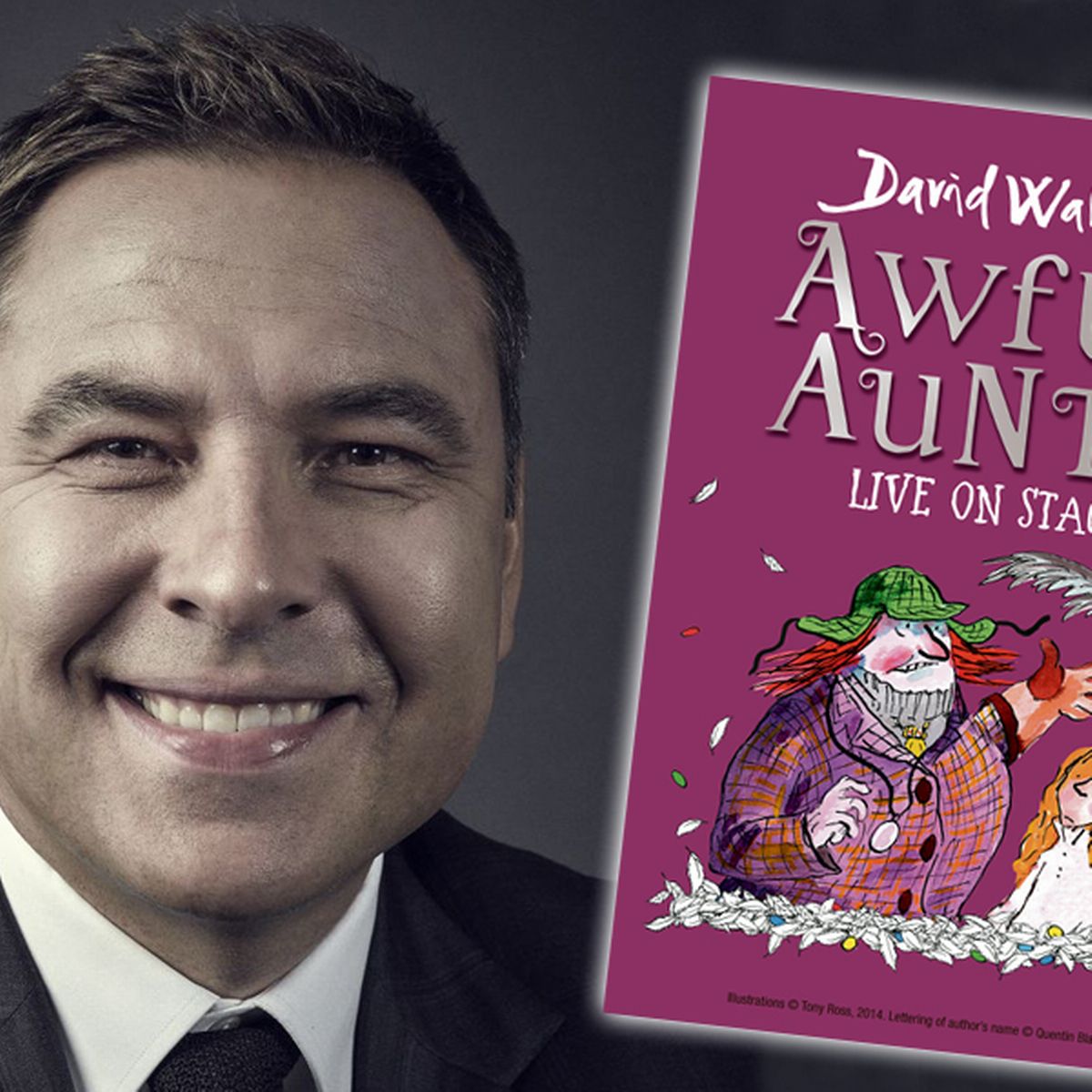 6pm on The Mall and the smell and crackle of crisps, pop-corn and sweets fills the air in the Theatre Royal. Children’s writer David Walliams’s Awful Auntie is about to take flight but first the actors are warming up the audience with ruuudy-wuuudy gags about bums, farting, scratching and belching. “Anybody got a joke then?” asks the soon-to-be Awful Auntie and the theatre is just full of tiny hands waving to take part. Cue knock-knocks, ring-ring and what-do-you-calls. Nearby, seven-year-old Saoirle Dennehy shouts back that “teddy bears start their races with ready-teddy-go”.

‘This superb performance certainly brings their audience plenty of magic’

Then it’s time for a song and an intro to the cast as we hit the multi-ramp playground with climbing frame that makes just one room an everywhere – cellar, bedroom, psychiatric hospital, classroom et al. The entire performance is more theatrical than a circus with time-outs from a dotty butler who can’t hear properly without his glasses on and who books tickets for operas at Man Utd’s ground because he loves ballet. Gestures and acting are so far over-the-top, they could compete in the vaulting competition at the Olympics.

And yet… the story is compellingly told and re-told and re-told so that the tiny audience members just never get lost. Awful Auntie is cruel, conniving, cunning and as thick as a salvaged plank as she emphasises her awfulness by misspelling everything. Cue screams of derision from the smarty-pants apprentice spellers in the house who clearly know far better than the evil aunt.

“Awful Auntie” story is a drop-dead simple tale of murder, mayhem and revenge and it’s well told by the ensemble cast that features friends, dead uncles, a ghost suitably called “Soot”, a revengeful giant owl called Wagner that barks, a doddery butler that sings to the audience and a beyond-evil-aunt Alberta who fought for the Germans in WW1 because she preferred their uniforms. She’s also murdered Lord and Lady Saxby btw and is now bent on robbing their innocent and delightful daughter Stella of her inheritance. She also tortures and torments poor Stella in terrible ways to force her to sign over the deeds of her mansion. Clearly, little Stella needs a friend and – lucky Stella – doesn’t she just have five hundred of them in the today’s house.

Every element of the story involves the young audience. “On-yer-feet gang,” shouts daft butler Gibbon and begins a routine that involves hand gestures, pointing, twirls and kicks. When danger lurks, the cast and audience bang out ominous dan-da-dan-dan warnings. The audience must wibble-wobble the lips at breakneck speed. Unfortunately, their only reward is to be doused with the butler’s tears that have already filled a bucket and are sprayed with a sponge on all and sundry.

Torture, mayhem and murder are the order of the day with Alberta pretending to be a detective helping Stella. There’s secret hiding places to die for, car-crashes, poison tea, toothpaste soaked in wee-wee, buns with cow poo, pants filled with ants, itching powder and soap that sticks like glue to Aunty Alberta’s ugly mug.

Well… of course… Awful Auntie Alberta gets her comeuppance to roars of delight from the audience and Saxby Hall becomes the best orphanage in the world where Stella gets to live happily ever after.

Heartbreak Productions don’t break any hearts with this production… but this superb performance certainly brings their audience plenty of magic.

And… yes… I loved every minute of David Walliams’s “Awful Auntie”.