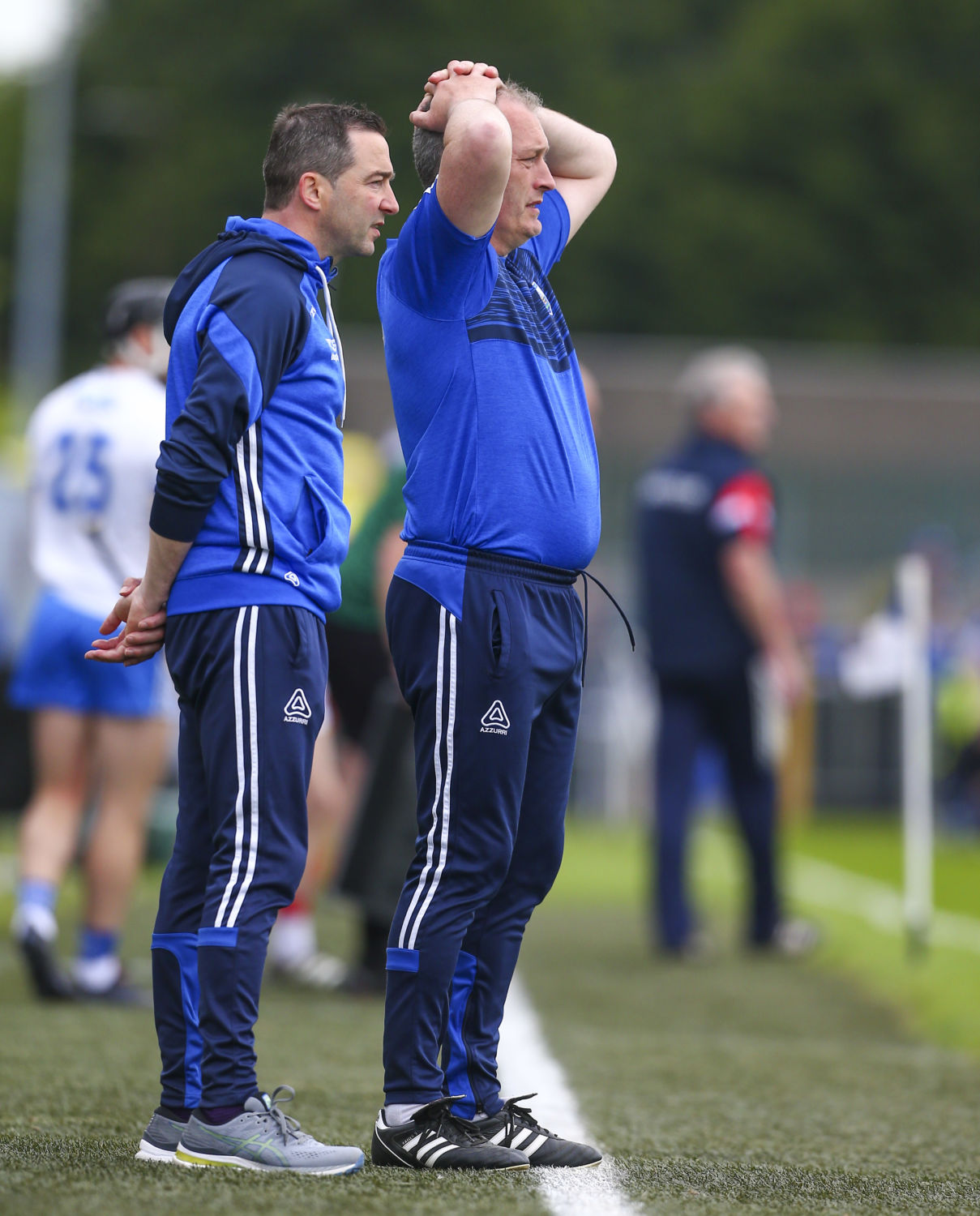 Liam Cahill chose not to address the Waterford players in the dressing room after Sunday’s loss to Cork. He went into the area for the management next door and left them to their own devices.

‘WE WEREN’T GOOD ENOUGH’
When he emerged to speak to the media, the Tipperary man didn’t try and sugar-coat the performance. “We weren’t good enough, simple as. We hurled like a car on dirty petrol, just chugging along. Just not acceptable. Not acceptable to the big Waterford support that came here. It’s terribly, bitterly disappointing.”
He admitted that his charges were completely outfought. “Cork bullied us around the field today. That’s something we committed to that we wouldn’t allow any team to bully us. From the throw in, we had players that were introduced to proper Munster championship hurling. That’s what it was going to be here. When the questions were really asked around the cut and thrust of championship hurling, we were more or less looking to the officials and out to the line rather than to what was going on between the lines.”
Where did it go wrong? “We didn’t hurl together as a team. We didn’t commit to what we said we would commit to when we came out. We had the advantage at times where we kicked on by four points and looked like we were going about our business properly and then just decided to down tools and let Cork back into the game.”

‘A LOT OF WORK TO DO’
“We’ve a lot of work to do to get our heads around this to go to Ennis in seven days’ time. It’s going to take a lot of soul searching and a lot of honesty to come out here over the next seven days or we’ll have a good long summer to think about it.”
He didn’t see this performance coming. “I absolutely expected us to hit the ground running today. I thought after five or ten minutes that we were in a good place then we just seemed to empty like a balloon coming up to half-time. We never started the second-half, we allowed Cork the superiority and the advantage from the throw-in. We were threading water after that.”
He wants to hear from the players over the coming days ahead of their trip to Clare next Sunday. “I haven’t spoken to them yet but we’ll go back for a bit of recovery and I’m really interested to get their views now. A lot of things that happened today happened between the lines. It takes massive leaders to sort them out. Our decisions were poor again, you always hear me talking about that. Delaying the ball around with runs being made by inside forwards, not setting up for our puckouts quickly. Looking in at a different team really versus the team that I know is there.”

‘THEY OUTWORKED US ALL OVER THE FIELD’
He gave credit to Cork for what they brought to the table. “They dictated with their work rate. They outworked us, they outworked us all over the field. When that happens, it’s very hard to stem it. Cork were good today, give Cork credit. They came here fighting for their lives. Cork are proud people, proud hurling people, I’ve always said that. Hats off to Kieran Kingston and his backroom team for getting them where they are today and the shape they arrived in. This is a tough ground to come to and we like making it that way. As tough as we made it today, Cork were able to respond to it and more. Fair play to them.”
He didn’t see Austin Gleeson’s second yellow card. “That’s not a cop out. I genuinely didn’t. I was turning back to bring in Shane Bennett at the time. I don’t know what happened. I can’t comment if I didn’t see it. If it was warranted, it’s bitterly, bitterly disappointing. We’ll do our best to address it and fix it again. It just seems to be falling on deaf ears at this stage.”

‘GREAT BELIEF’
Despite this setback, Cahill remains confident that his team can turn it around and get a win in Ennis. “I am. I have great belief in these players, I’ve always said that. I’m here, I’m in the trenches with them now, that’s what I signed up to and I will help them every way I can. I can’t wait to get stuck into them during the week. We’ll try and fix what went wrong today and we’ll come to Ennis with all guns blazing to try and keep the summer alive for everyone here in Waterford.”