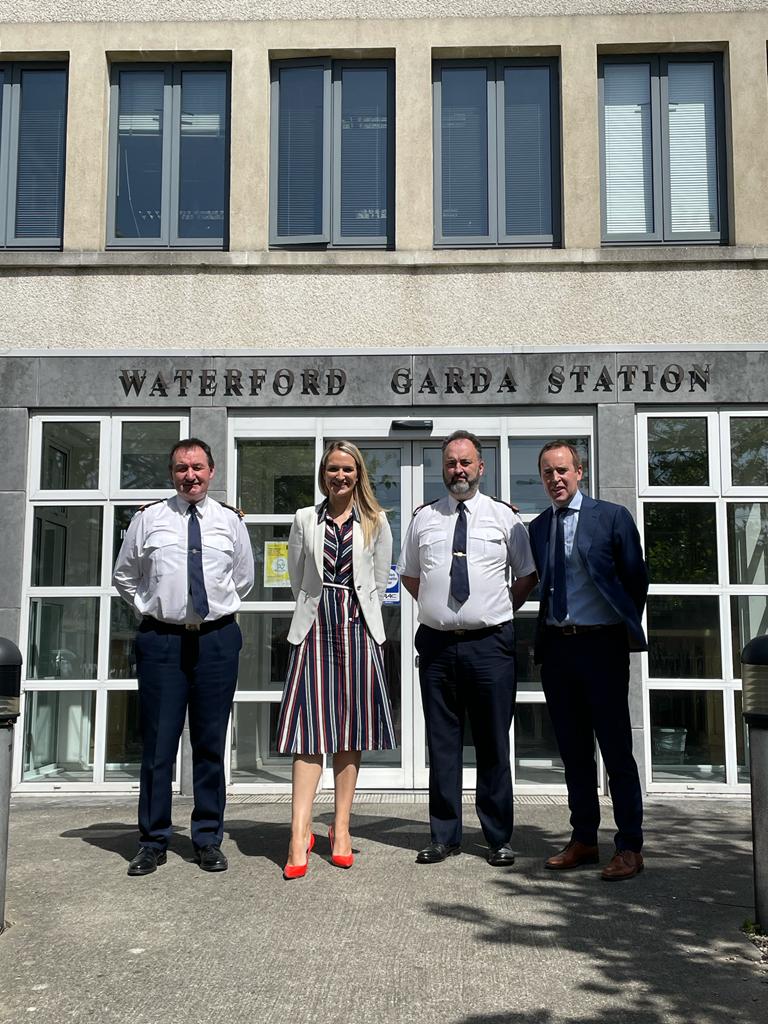 DURING a day-long visit to Waterford, Minister for Justice Helen McEntee visited the refurbished €26 million Waterford courthouse, met with Gardaí in Ballybricken and spent time with staff and service users at Oasis House Women’s Refuge.

Minister McEntee also received a progress update from members of the Community Safety Partnership and presented certificates to Treo Port Lairge participants, before concluding the day with a community stakeholder event on the topic of Stronger Safer Communities in Dungarvan.

“Visits like this are invaluable in being able to demonstrate the need for additional resourcing and investment. It makes it easier for me to present a stronger case when decisions are being made on funding. There is simply no substitute for a Minister engaging on the ground with communities,” he said.

At Waterford Courthouse, Minister McEntee toured the building, met with staff and management, and was shown the technological advancements which have been made to streamline court sittings. Minister McEntee and Senator Cummins then made a visit to the Garda Divisional headquarters at Ballybricken, where Senior Gardai briefed the minister on crime statistics, the rollout of the new operational model and the additional infrastructure required to facilitate the expansion of the various teams, including the regional control room which will deal with all 999 calls for the 10 counties in the Eastern Region. 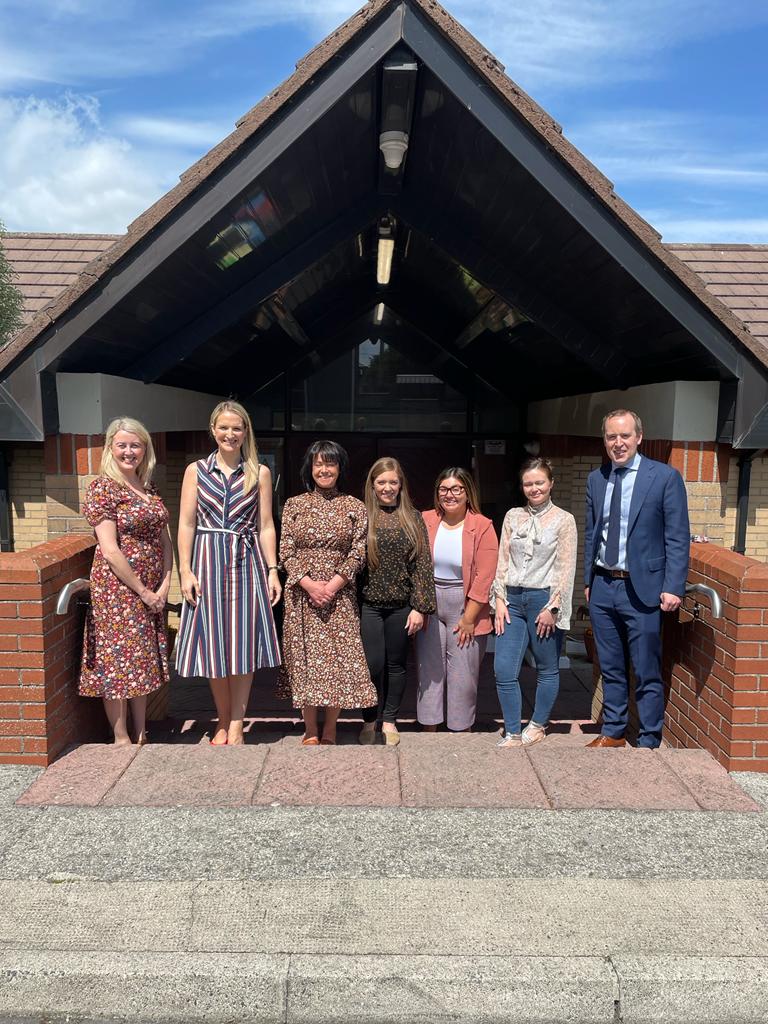 The busy itinerary then saw the pair visit Oasis House Women’s Refuge. Senator Cummins said: “Staff and clients at Oasis House are doing exceptional work in supporting the victims of domestic violence. Minister McEntee will be publishing a new strategy shortly to support victims, strengthen our laws and bring about the change in attitudes needed to deal with this awful violence and abuse.” 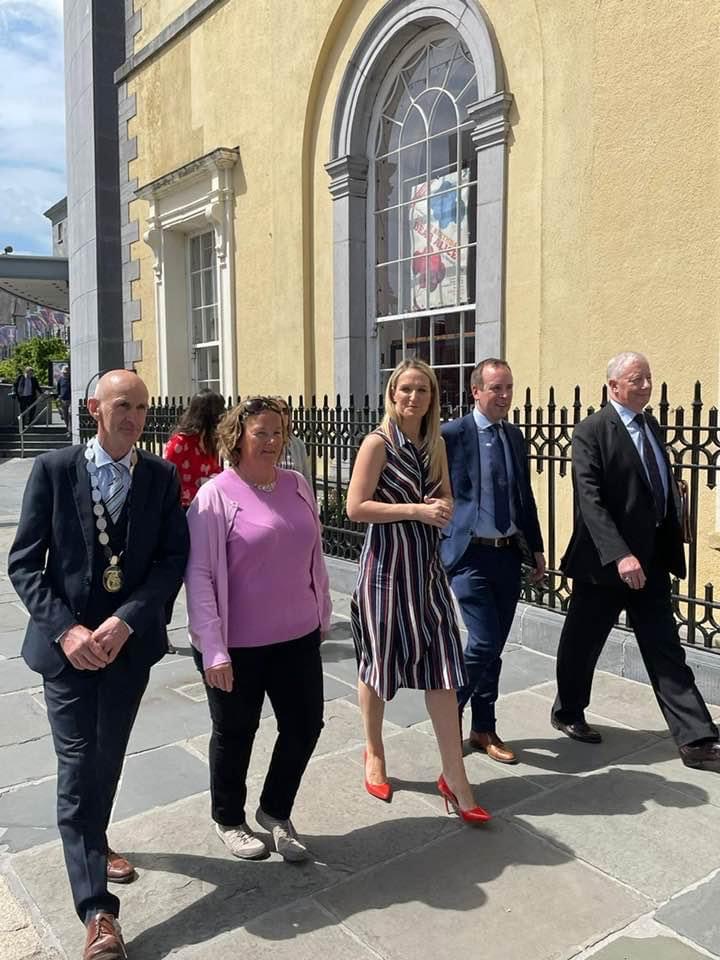 The ministerial visit concluded in Dungarvan with a community, voluntary and residents’ roundtable meeting on the topic of Stronger, Safer Communities.

Speaking about the visit Minister McEntee said, “Seeing on the ground how their work and their services intersect and depend on one another reinforced for me the importance of strong cross-agency cooperation in ensuring communities are safe and feel safe.

“I am delighted that Waterford maintains the Purple Flag for a vibrant and safe city centre – that is great testament to the hard work and strong inter-agency collaboration between all justice and community stakeholders in Waterford.”