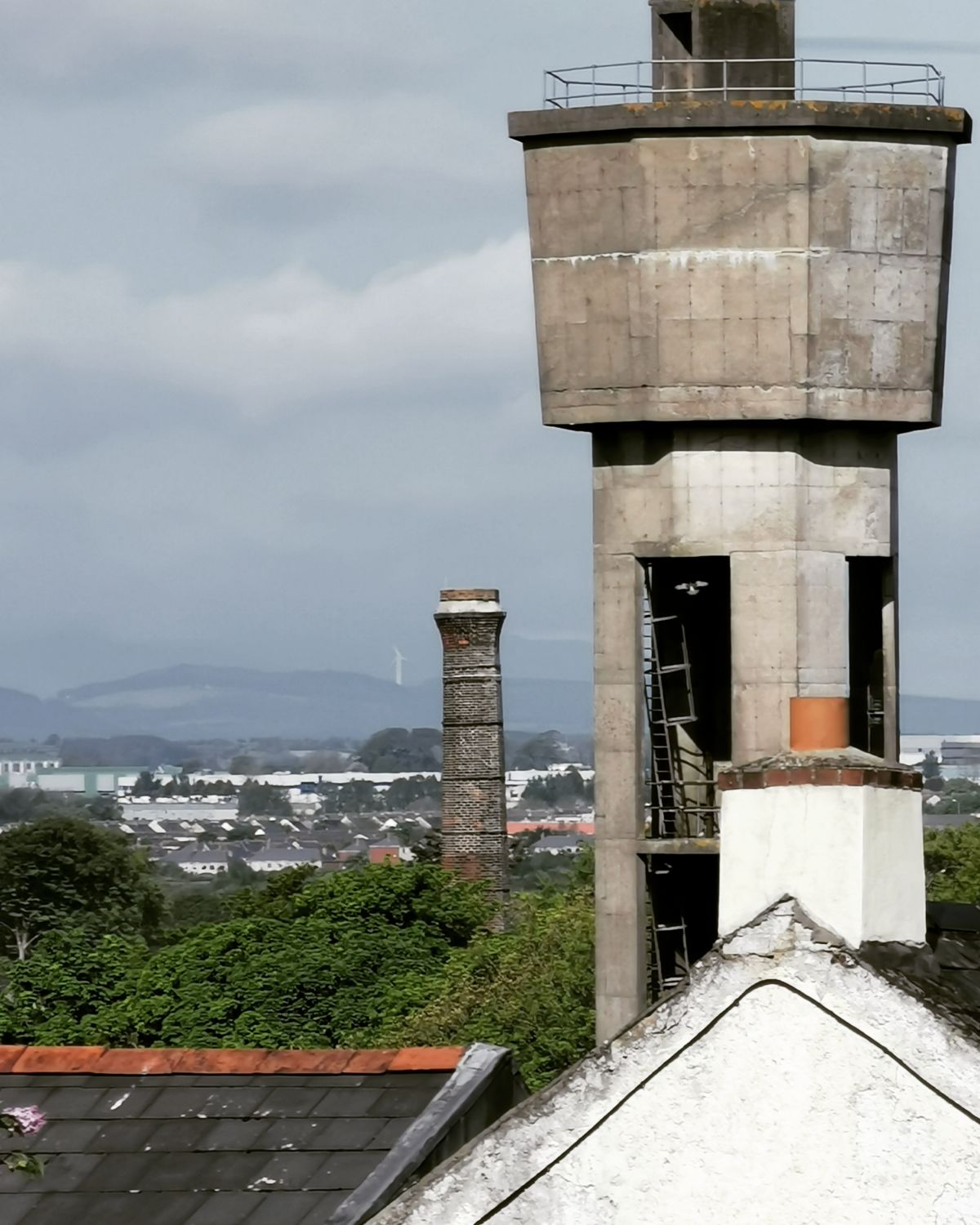 On the hazy horizon, beyond Grange and Cleaboy, stand the two wind turbines on the hill above my Portlaw homeplace.

‘There are millionaires, I suspect, who’d trade it all for the peace of mind that I enjoy’

THERE’S nothing like a day in court to make one grateful for a quiet and ordinary life. If anyone reading this has ever sat in the back of a court room for six to seven hours, you’ll readily agree with such a sentiment. Sometimes, most of us don’t realise just how good we have it.

A great deal of a journalist’s time in chambers involves doing very little. When a jury is asked to vacate its benches as barristers make legal arguments, what’s then said remains unwritten.

I down my pen and fold my arms to assure the sitting Judge that I’m aware of what such a time demands of me. Of course I’m listening intently but I know what’s been said there and then is not only none of the jury’s official business – it’s not for readers to know either.

This is the relatively minor yet still significant role which reporters play in ensuring the wheels of justice remain adequately greased. And anyone intent on pursuing a career in journalism or sharpening their writing tools while on the job should be covering court, however difficult the matter at hand may be. Where’s the satisfaction in rewriting press releases?

Following a recent and very difficult case which I had only peripherally reported on, I strolled over to the Park Lodge, as I often do following such assignments and enjoyed my lunch.

Sitting inside that beautifully appointed Edwardian building, I decompressed. I get to walk out of that courthouse without anyone paying a blind bit of notice of me. What a gift that is.

That particular morning, I’d decided to walk in from the Williamstown Road, hardly too lengthy a walk yet not a work-related one I’ve indulged in too frequently.

Once more I felt grateful that we’re not part of the sprawl, which has seen Dublin effectively extend itself into Meath and Wicklow, with many more taking return trips from Portlaoise to work in the capital. Up at 6am, child in the creche by seven, and then four hours in the car five days a week? It’s an unavoidable scenario facing thousands of people day in, day out.

Be it by accident or design, I’ve avoided such a fate. And as I sit here writing this column, having walked my two dogs along a shaded country lane on the outskirts of the city on a bright Tuesday morning, I recognise my good fortune.

Anyway, back to my recent walk to and from court. Making my way past Grange Heights and Quarrymount that morning, something I’d never really paid attention to before caught my eye.

To my left, just inside the grounds of St Otteran’s Hospital, stood the water tower, with its network of ladders leading to what looks like a concreted sentry’s post at its summit.

Below the tower and further into the hospital grounds, the red brick chimney stack adjacent to the Primary Care Centre emerged behind a thicket of trees.

Further still, on a somewhat hazy horizon well beyond Cleaboy, two narrow white beams stood atop Baylough Hill, three miles from Portlaw, and just a woodland and field away from where I grew up. Meanwhile, the outline of the Comeraghs, behind both gleaming wind turbines, was just about visible.

I paused on the quiet footpath to take in a view I’d rarely if ever previously appreciated. Once again, I was filled with an enormous sense of gratitude. My childhood home is just over the horizon while I walk to work. The next time some of my old schoolmates will return home from the Southern Hemisphere will be for a relative’s funeral.

Down the line, I’ll have to face many more funerals – won’t we all – but in all likelihood I’ll never have to fly through many a time zone to do so.

Here I am, about to turn 43, and I’m only ‘out the road’ from home. I’m on the Board of Management in my former secondary school in Carrick-on-Suir (the second school founded by Edmund Rice) and the furthest trip I have to make to see any of my five siblings is to County Laois.

There are millionaires, I suspect, who’d trade it all for the peace of mind that I enjoy. Having gone through the ups and downs of life that many my age have negotiated, I wouldn’t trade places with someone pissing away thousands every weekend.

On my way back home that afternoon, the sun was even brighter and, to me, the sky had taken on an even deeper shade of blue.

The People’s Park looked utterly magnificent. The big tree which fell during the recent storm has now been completely removed but that scar will heal and something beautiful and enduring will take its place in due course.

I was reminded of a morning when living outside Carrick-on-Suir, I saw a tree being de-limbed due to its proximity to a power line. Unexpectedly, a few tears rolled down one cheek. I called my Dad that evening and told him about it. “Now you get it,” he said. How right my father was.

As I neared home, a poem etched into an entrance of a home on the Williamstown Road caught my eye. It reads: “One life I shall have, One love I shall have, And all my life and love are yours. And the life of my love, And the love of my life, Shall be yours and yours and yours. And we shall find peace, And we shall find hope, And death shall be but a pause. But the memories shared, Of a tender past, Shall be ours and ours and ours.”

Minutes later, I got home, opened the door, petted the dogs and put on the kettle. Life is good.

Darren Skelton is away