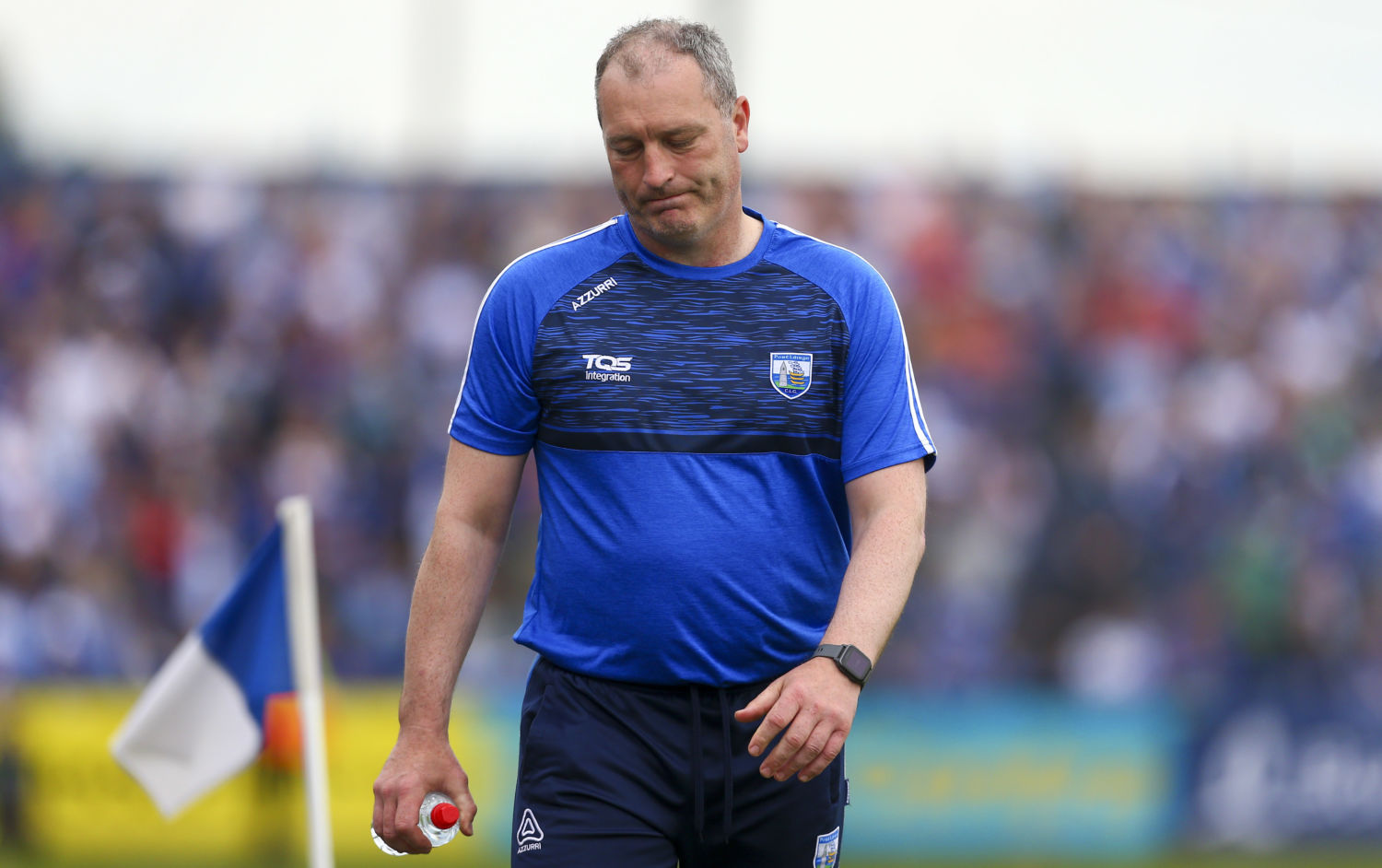 A different Cork side and a different Waterford side turned up to Walsh Park on Sunday.
“Oh to be a Rebel,” rang out around the stand at full time. Not what Liam Cahill wanted to hear.
The body language along the sideline showed how important this game was. When Waterford came out on the field, Cahill was in the middle of the warm-up barking out orders. He was up in arms when Stephen Bennett was penalised for an early shoulder on Seamus Harnedy. Later, he exchanged words with Kieran Kingston and Pat Mulcahy. When Jamie Barron sent a ball over the sideline, Cahill roared at him for not delivering it inside.
Barron, Stephen Bennett and Austin Gleeson all finished the game in the stand. Some home truths will be told over the next seven days.

SECOND-HALF MISSES
Waterford missed four scoreable frees with the breeze in the second half (three from Bennett and one from Gleeson). With the home side chasing the game, they needed all of those to go over. Bennett’s first one would have made it a one-point game. Four dead balls went astray against Limerick.
Waterford had three different free takers as Patrick Curran ended up on the last one, a point that was hotly disputed into the Keane’s Road End. It’s far from ideal to change free takers this deep into the season. Pauric Mahony will surely come back into the picture for the Clare game. The Ballygunner attacker missed out on the matchday 26 on Sunday.
The hosts were guilty of eleven second half wides. On 44 minutes, Curran slipped a pass to Jack Fagan but the number five batted the ball right and wide.
Waterford were at their most dangerous when they ran at Cork during that spell after the Michael Kiely goal. Bennett saw a stinger tipped over by Patrick Collins. Patrick Curran and Jack Prendergast caused problems. Curran set up 1-2 in the first half. Along with Austin Gleeson, he stood up to be counted. Dessie Hutchinson didn’t get enough ball. When it did arrive, he had Sean O’Donoghue for company and plenty of back-up security.

HARNEDY HEADACHE
Seamus Harnedy pitched up at centre forward. With Tadhg de Burca sitting back, the All Star forward had the freedom to float around and get on ball.
He had one of his best days in a red shirt with five points from play. The St Ita’s man was also involved in Alan Connolly’s second goal and won frees at the start and at the end. Fittingly, he had the final say when he fetched a ball and fired it over. His jump for joy was understandable. He was subbed against Clare and in the league final against Waterford and didn’t start the Limerick game.
Centre forwards have inflicted plenty of pain on Waterford in this Munster championship. Noel McGrath scored four points from play first day out while Cathal O’Neill got three when he came on for Cian Lynch.
If de Burca is sweeping, his man must be tracked. Cahill clearly wasn’t happy with how his midfield functioned as both Carthach Daly and Jamie Barron were substituted. 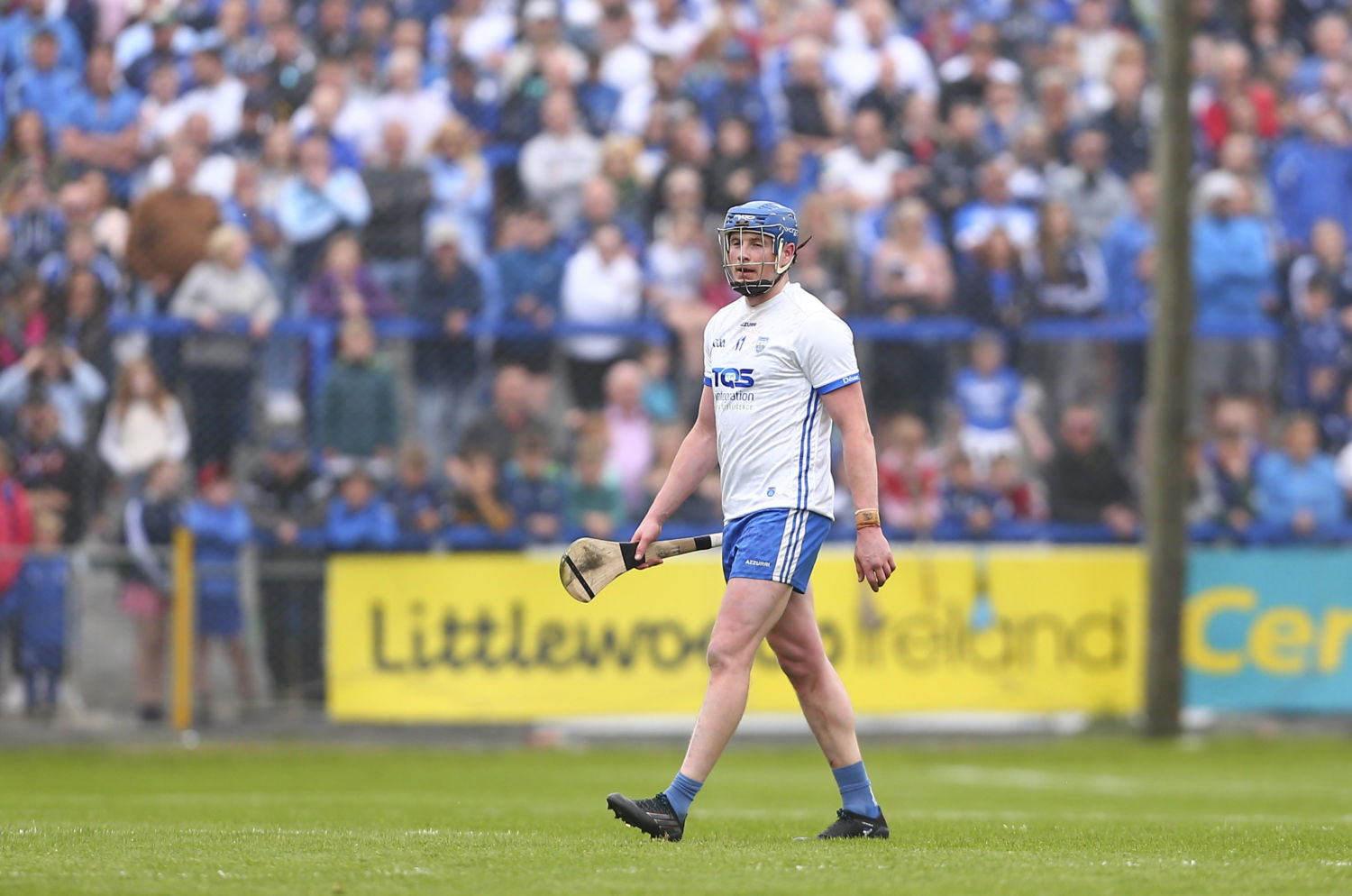 Austin Gleeson leaves the pitch after being sent off on Sunday last.
Austin Gleeson was Waterford’s best player before his dismissal. In the first-half, he struck three points from play. His first one over the shoulder lifted the home crowd. He got another beauty in front of the stand.
He also tracked back. In one passage of play, he blocked Conor Lehane and Niall O’Leary and shouldered Seamus Harnedy to the ground. In the second half, he stood up by winning four frees and nailing one from inside his own 65.
Cork singled out Gleeson and Stephen Bennett for special attention. Bennett was struck with the hurley off the ball. Gleeson could consider himself unlucky to receive a second yellow for tangling with Robert Downey. On this occasion, he seemed more sinned against than sinning. He threw his hurley into the dugout in pure frustration.

PUCKOUT PRESSURE
Waterford led 1-10 to 1-6 heading towards the half hour mark but Cork got nine shots away between then and the break.
The home side struggled on their own puckout. Conor Lehane intercepted a short ball to Shane McNulty and scored. The next puckout was a long one but Darragh Fitzgibbon won it in the air, soloed forward and struck a point. The score of the game. Shaun O’Brien then went to the opposite wing but Mark Coleman won it in the air. Patrick Curran eventually claimed a high ball and set up Austin Gleeson for his third point from play. Cork centre back Ciaran Joyce gobbled up another high one but shot wide. The next ball belonged to Cork as well and Fitzgibbon fired them in front.
When Waterford don’t get the ball away fast, they find it difficult to win primary ball.

CHANGES?
Expect changes for the trip to Clare. Will Calum Lyons be released to midfield? Neil Montgomery scored two points from play and won a free in his 28-minute cameo. The Abbeyside man has earned a recall. Darragh Lyons and Peter Hogan will be in the mix for a midfield spot. Shane Bennett may get his first start of the championship. Pauric Mahony wasn’t togged out on Sunday but will surely return to the matchday squad given Waterford’s struggles on placed balls.