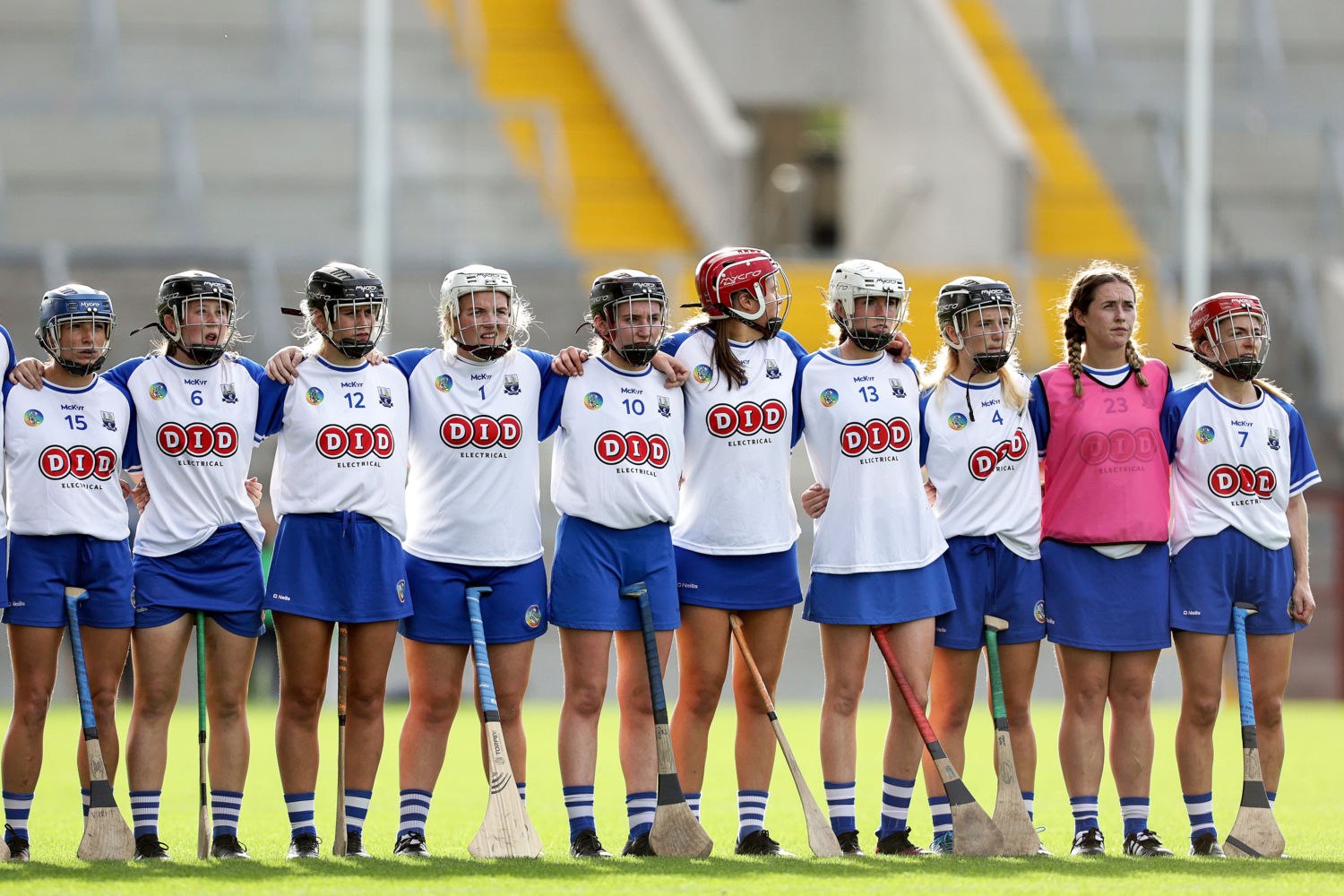 The Waterford camogie team get their 2022 All-Ireland Championship campaign underway on Saturday in Walsh Park against Dublin. Photo: Inpho.

Waterford have reached the last four All-Ireland camogie quarter finals but they will face stiff opposition to make the knockout stages this time.

TOUGH GROUP
Derek Lyons’ side have been drawn in Group 1 with Dublin, Wexford, Tipperary, Cork and Clare. The top team will advance to the semi-finals while the second and third placed sides will qualify for the quarter finals. Waterford will welcome Dublin and Wexford to Walsh Park over the next two Saturdays and those two home games will shape their summer.
It’s been a tough 2022 for the Déise. Shona Curran called time on her inter county career as Lyons lost half of his squad from last year. Waterford didn’t get out of Division 2, losing to Wexford in the semi-final. They went two points up in the second half of the Munster semi-final against Cork, with a player extra, but couldn’t close it out. The Rebelettes ran out 2-17 to 3-10 winners. It was an encouraging performance all the same against a side that reached the Division 1 final.

TEAM COMING TOGETHER
Lyons introduced Rachael Walsh, Tara Power and Mairéad O’Brien to the team during the league. Mairéad Power returned to corner back while Clodagh Carroll came back from her exploits with GailltÍr to nail down the centre back spot. Carroll starred as a sweeping number six in major club matches over the winter. Abby Flynn returned from her basketball commitments for the league semi-final. She is a handful for any full back line.
Then, there’s the three All Stars. Take the opportunity to catch Beth Carton in action while you can. A ball winner, a ball carrier, a creator and a scorer. One of the best camogie players in the country. She has moved out to centre forward and even midfield in the last couple of seasons to get involved in the play as much as possible.
She links up well with Niamh Rockett. The former captain has netted championship goals against Dublin, Meath, Limerick, Westmeath and Cork. Lorraine Bray was handed the armband this year and she has led by example. Her move from half back to midfield has been a success. Waterford’s pocket rocket found the net against Tipperary and Cork and shot five points from play against Kilkenny. According to her player profile, the Déise skipper is only 5 foot 2 and eight stone but she gets stuck into tackles and fights for dirty ball. Hard as nails. Between the sticks, Waterford can call on one of the top shot stoppers around in Brianna O’Regan. Surprisingly, she was overlooked for an All Star nomination last year.
Waterford beat Dublin by 14 points at Parnell Park last summer avenging the defeat in the Division 1 play-off earlier in the season. The Dubs lost the Leinster final to Kilkenny 5-11 to 0-13 last weekend. They stayed in Division 1 with wins over Offaly and Down.

ALL SIX WILL FANCY THEIR CHANCES
Waterford must show all their star quality to emerge from this group. All six teams will believe that they can advance to the business end of the championship. Cork and Tipperary will be fancied to make it through but third spot is up for grabs. The Déise will entertain Dublin, Wexford and Cork at Walsh Park. The round three game against Tipperary will act as a curtain raiser to the Munster hurling final in Thurles.
Even at this early stage, Saturday is a must-win game. Waterford may miss out this time around. 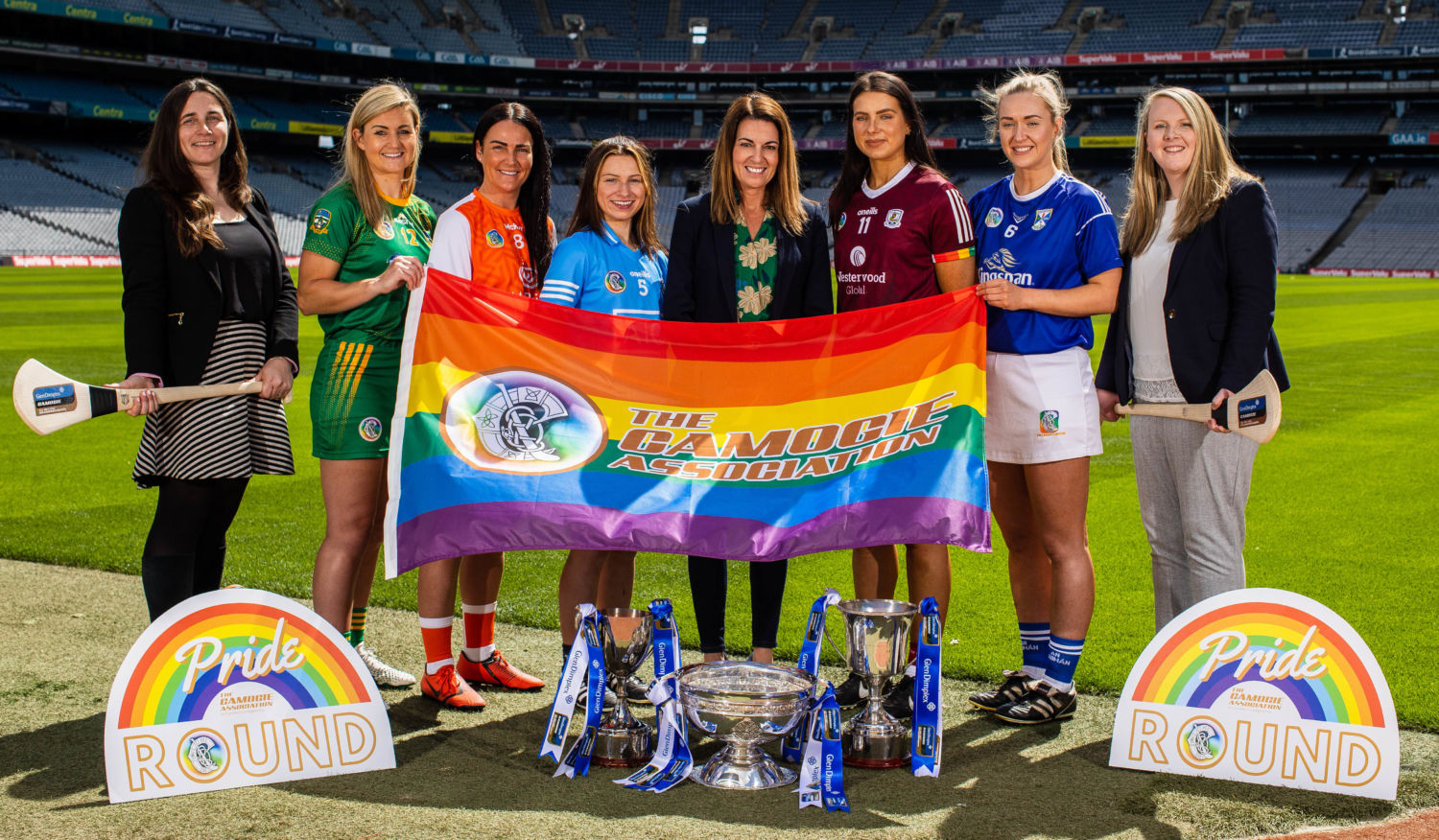 Uachtarán of the Camogie Association, Hilda Breslin led the launch today in Croke Park of PRIDE Round, an initiative which involves affording the third round of the Glen Dimplex All-Ireland Championship the dedicated name of “PRIDE Round”. The Camogie Association strives to be inclusive of everyone. PRIDE Round offers us the opportunity to make all members of our Camogie Family and the wider community feel welcome, safe, included, and celebrated.