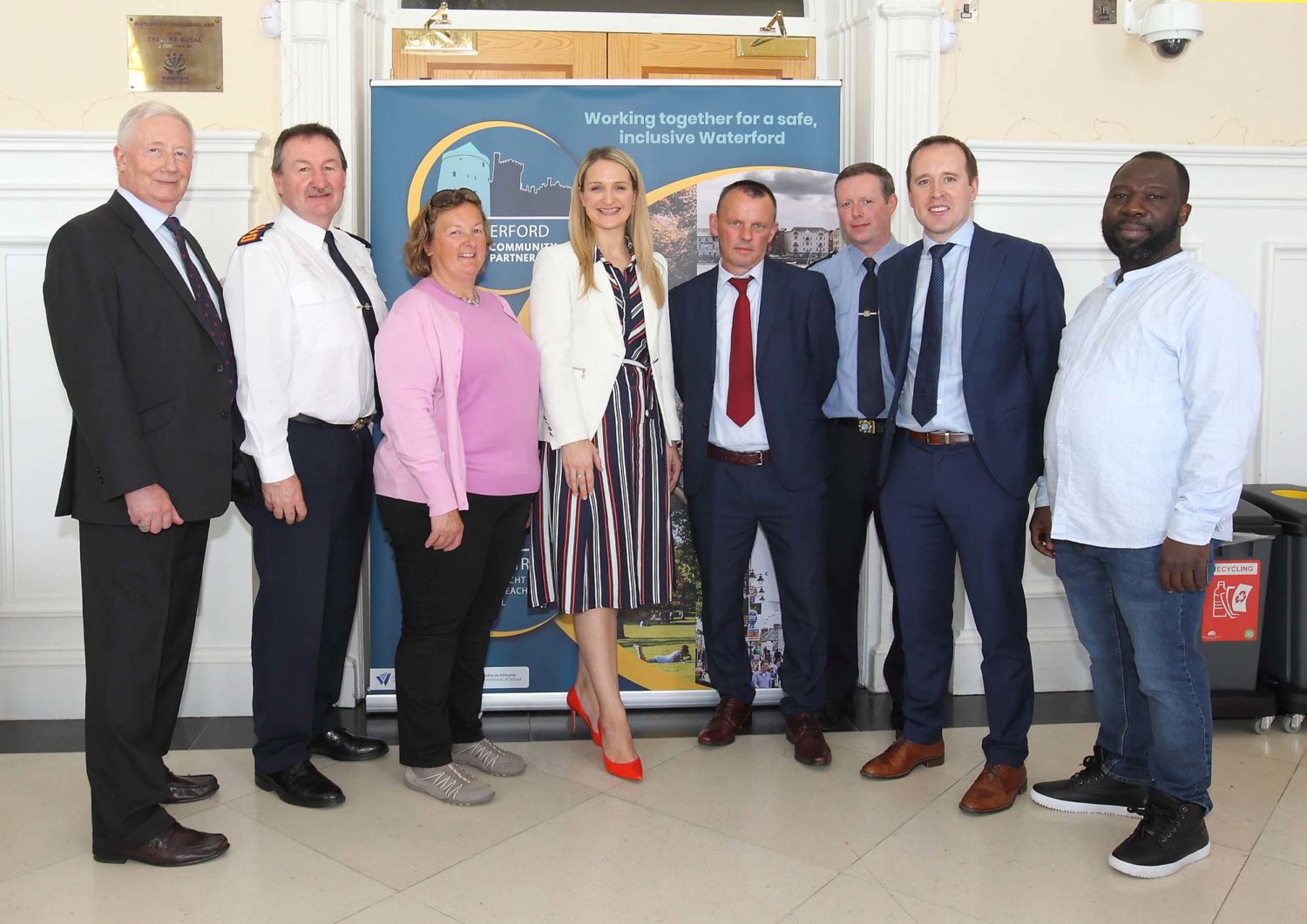 ASKED to address concerns that years of good work by the Waterford Joint Policing Committee was being completely disregarded since the establishment of the Waterford Local Community Safety Partnership pilot, Minister for Justice Helen McEntee said the pilot was building on the “fantastic work” of all JPCs.

The pilot Local Community Partnership in Waterford is one of three such established nationwide, along with Longford and North Inner City Dublin.

At a media doorstep during her visit to Waterford on Friday last, Minister McEntee told the Waterford News & Star, “What we are doing with community safety partnerships is actually building on that great work, and is building on the fact that community policing is not just about An Garda Síochána and members of the Council, but it is a whole of community response that’s needed.

“So members of the committee will not just include members of our local council and other representatives [from] An Garda Síochána, but it will have community and voluntary groups, organisations, members from Tusla, from education, and from social protection.

“Acknowledging that all of these services, all of these supports, all of these people involved in those types of organisations are needed to put in place a plan that people feel will be adequate enough to support them,” she explained.

Regarding the reduction in the numbers of councillors from 15 to seven, she said the intention was not to limit involvement of local representatives, but to acknowledge that it is similar to other committee work being carried out by the Council. “And acknowledging now that we now have a bigger number of people as well. When you take in all the organisations that I’ve mentioned you have quite a large group. There will be an opportunity for councillors to change and to come and go and be part of this at every step of the way,” the Minister explained.

“In terms of transparency it is about getting a good balance I think. It is about making sure that people have the space to be very honest and open in their discussion, but at the same time our chairman will obviously be able to decide, as will the committee, where they can have open meetings, where they invite the media in, and I have no doubt that that will be the case for many of the meetings. But I also think for some of them there needs to be the space and ability for people to be able to have those frank and honest discussions that then feeds into a wider debate.”

The Minister was encouraged by the positive, collaborative work of the Waterford Local Community Safety Partnership. “I want to take this opportunity to thank Seán Aylward and all of the members of the Partnership for the dedication you’ve shown in working towards safer communities in Waterford.”

According to the Minister, the Waterford partnership has held workshops and worked on local projects, which will be “vital in developing innovative ways to improve communities, not only in Waterford, but throughout the country”.

However, Cllr Eddie Mulligan (FF) says it seems as if “we are reinventing the wheel” with the new pilot. As active elected representatives working on the ground of communities, Cllr Mulligan feels that Councillors’ role as people’s voice is being undermined by the reduction in their numbers.

“Whilst the role of the Partnership is strategic, direct input must be coming from the heart of all communities, specifically by those active on the ground. Initiatives such as Purple Flag, City Safe, Retail Watch, Helping Hand etc to improve the safety and wellbeing of communities within our City all came from people active within our communities, yet none are represented on the new partnership,” he said.