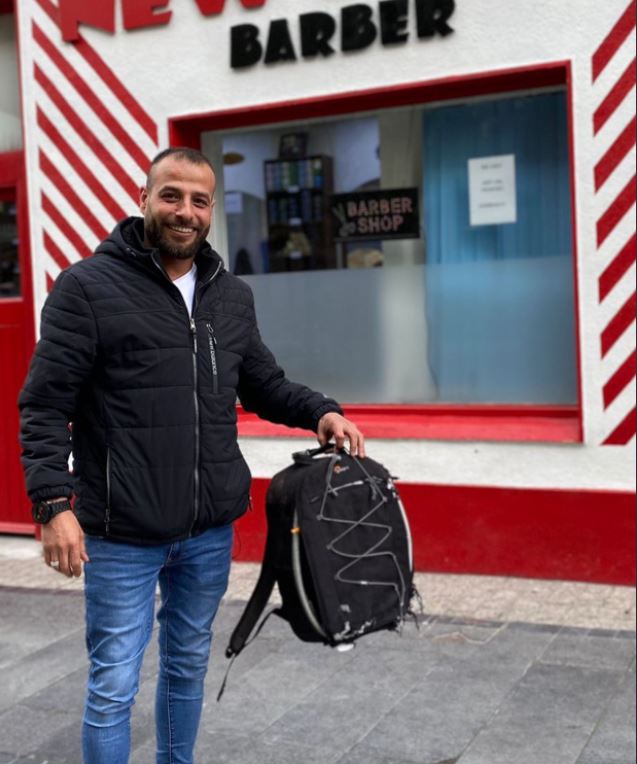 David Murphy praises Hicham for the return of his camera bag

THE power of social media led to the return of a professional photographer’s camera bag containing a missing SD card full of wedding images.

David Murphy made a public appeal for the return of two SD cards after two cameras were stolen from the boot of his car on Tuesday night.

Yesterday, the well-known photographer continued to appeal for the for the return of an SD card containing wedding photos, after one of two cameras stolen from him was discovered near a skip.

The Nikon D750 cameras included two SD cards with images from a wedding that he had recently photographed. He urged those with information on the whereabouts of the cameras to help return the SD cards to his studio at 12 O’Connell Street or to Waterford Garda Station.

Much to the photographer’s relief one of the cameras was found by a group of builders near a skip on Barrack Street. “The camera was destroyed but one of the guys rescued the SD card and brought it home,” David explained in a social media post. Thankfully, the SD card still works and some of the photos could be rescued.

Later that evening, David gave a further update to his followers saying that a legend called ‘Hicham’ got his camera bag back for him with the images on the SD card. “The power of social media and great people! Thank you to everyone who helped me. I’m forever grateful,” David said