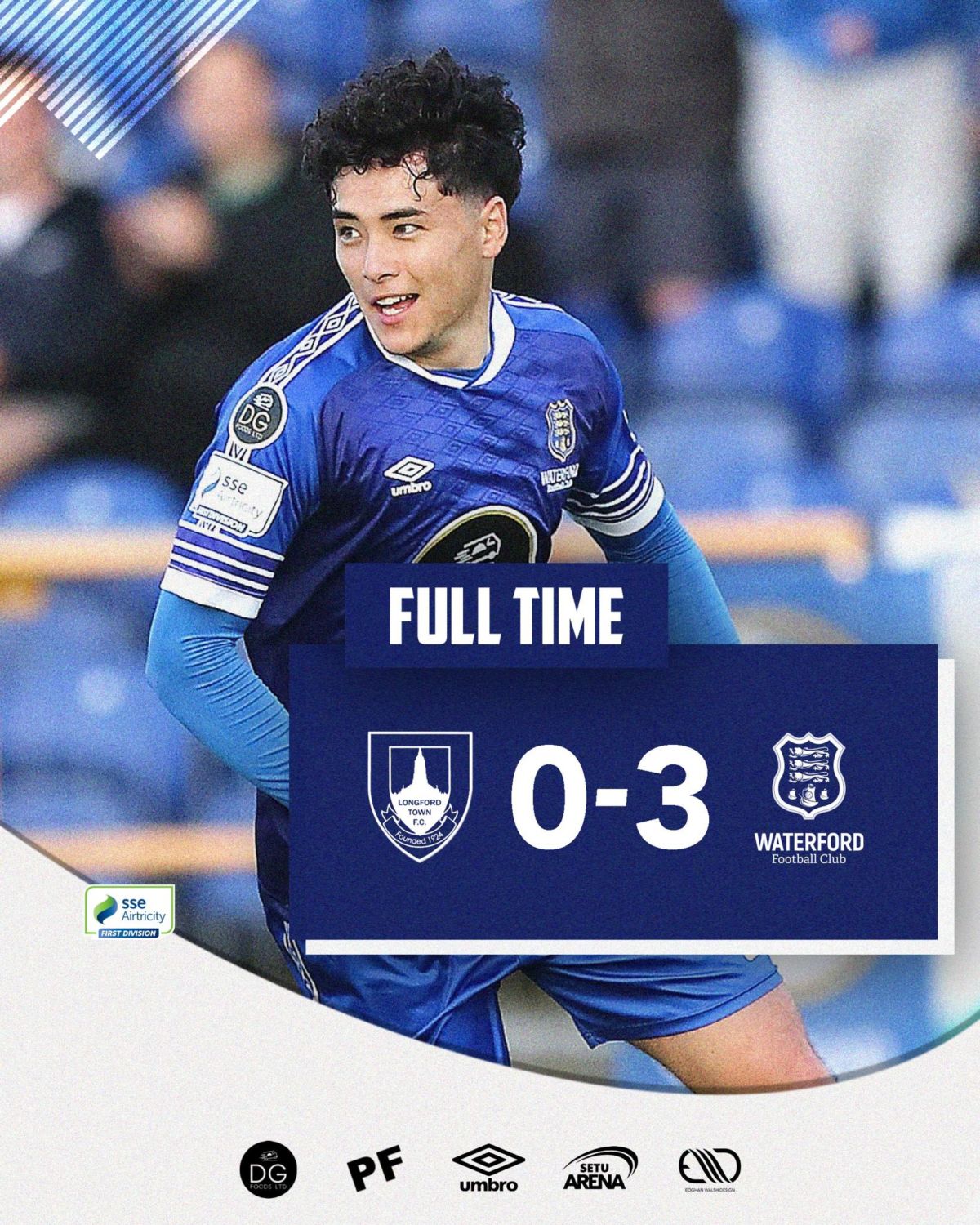 The brilliant winning run from Waterford FC over the last five games continued against Longford Town at Bishopsgate tonight as the Blues cruised to a 3-0 win in their SSE Airtricity First Division clash.
The Blues took the lead with a comedy own goal on 13 minutes when Shane Elworthy’s throw back to Matthew Dunne saw the defender send a routine ball back to keeper Luke Dennison, but he left the ball over his foot before crossing the line before Louis Britton could finish.
Blues skipper Eddie Nolan went close with a header four minutes later when he headed Shane Griffin’s free kick wide before Longford’s Aaron Robinson flashed a shot wide a minute later.
It was a combination of both Dennison and Dunne denied Waterford a certain second goal on 57 minutes when Roland Idowu got free down the right-side before cutting into the area, and after his shot was saved by the netminder, the rebound fell to Louis Britton, who looked certain to score, but Matthew Dunne got in a vital intervention.
The Blues notched a second goal on 77 minutes when Phoenix Patterson took a pass from Richard Taylor out on the left-side before skipping past three tackles before planting an unstoppable right-footed shot from 20 yards to the near corner past Luke Dennison.
Cian Kavanagh added a third goal in second-half injury-time from the penalty spot when he was clipped in the area by Matthew Dunne after he miss-controlled a pass from Luke Dennison, and he beat the netminder from 12 yards.