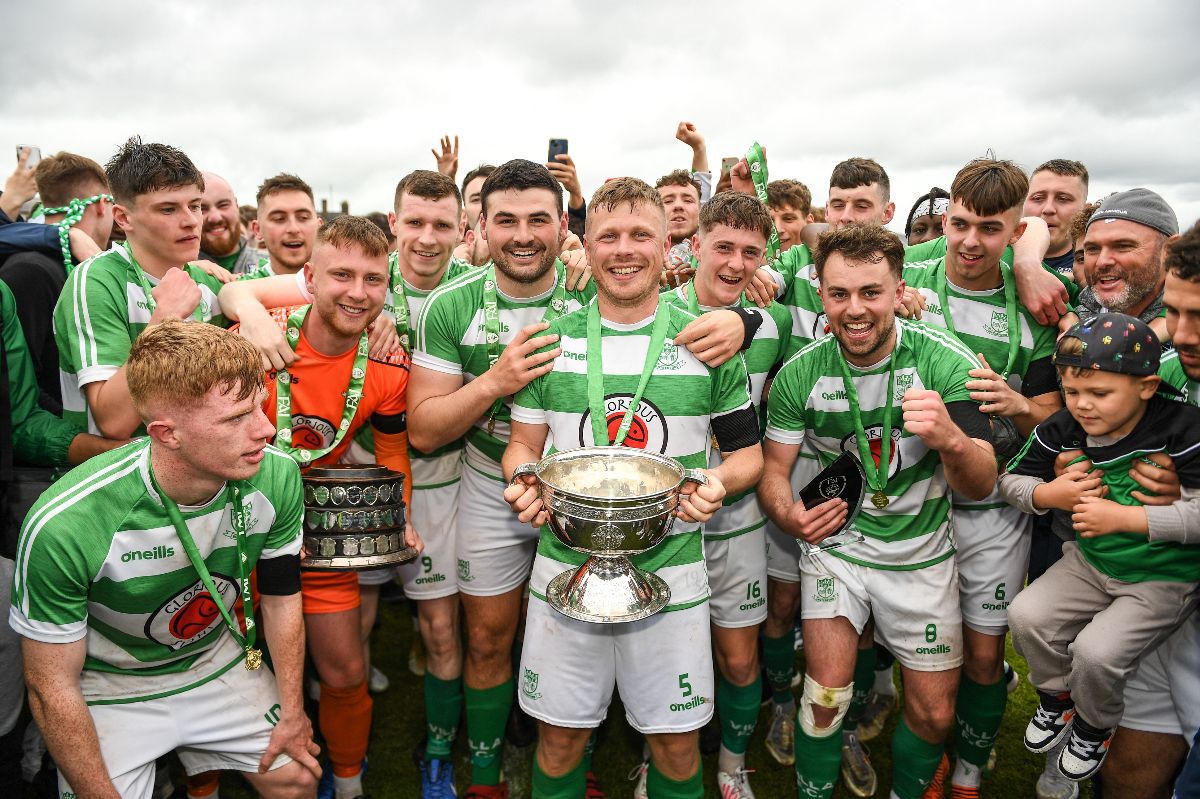 Villa FC have made it an amazing couple of weeks today as they followed up their first ever Waterford Junior League Premier League title with a first ever FAI Junior Cup title in their first final in Turner’s Cross today.

Villa had a great opportunity in the opening minute through a curling Dean Walsh effort which was saved impressively by Pike Rovers goalkeeper Gary Neville.

The Waterford side also threatened on the 16th minute mark through an Aaron O’Connor strike from long distance which went over the crossbar.

Limerick outfit Pike Rovers had a great chance to open the scoring on 25 minutes, when a Robbie Williams free kick from just outside the box hit the crossbar.

Dean Walsh went close again for Villa on the half hour mark with an acrobatic effort which was blocked down crucially by Adam Lipper, as the exchanges were being keenly contested between both sides.

At the half time break it was all level and still very much all to play for following what was a closely contested opening half.

When the action got back underway in the second half Villa went close when Conor Kilgannon blasted wide when the ball broke to him at the back post, while John Fredrick Tamen fired over after a good run down the left wing.

Villa took the lead in the 51st minute. Cian Browne played a neat pass into the path of Dean Walsh and he played the ball across the goalmouth for Conor Kilgannon to tap home from close range.

Pike Rovers upped the tempo and went close to getting back on level terms when a long range strike by Steven McGann was saved by Craig Dunphy in the Villa goal.

McGann went even close for Pike Rovers a few minutes later, but he was denied by an excellent tackle in the box from Adam Heaslip.

With the game in the final ten minutes, Villa nearly slotted home a second, but Dean Walsh was denied by some good goalkeeping by Gary Neville.

Pike piled on the pressure in search of a crucial equaliser. But their cause was not helped when they saw Evan Patterson and Colm Walsh O’Loughlen shown straight red cards as a melee broke out.

When it was all said and done it was Villa FC that were celebrating and basking in cup glory.