Well Said: Eamonn Carroll into the West with Opera 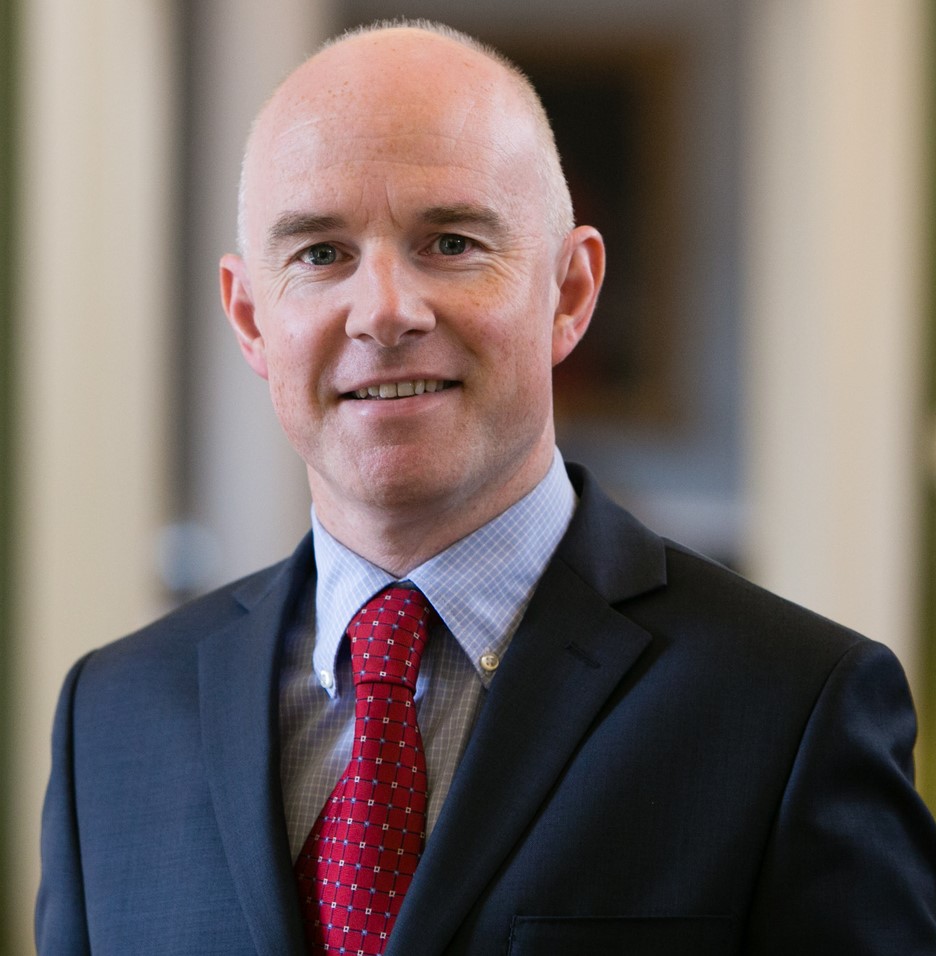 EAMONN Carroll had precious little awareness of Lismore and West Waterford upon his appointment as Blackwater Valley Opera Festival Director (BVOF) in 2019.

“The first time I really took notice of Lismore was when I first heard about the founding of the Lismore Opera Festival (in 2010) by Jennifer O’Connell and Dieter Kaegi – who is still our Artistic Director,” Eamonn told me.

“And when you’re involved in opera business, you pay attention to what’s happening in the opera world. So I was intrigued to hear about the start of this new festival but prior to that, I’d very little knowledge of either Lismore and West Waterford. Yet I’d like to think that balance has been somewhat redressed over the last few years. It’s a beautiful part of the world.”

The most intensive week of Eamonn’s working year is now upon him with the 2022 BVOF getting underway last (Tuesday) night with the dress rehearsal production of Gluck’s ‘Orfeo Ed Erudice’ at Lismore Castle, staged free for school students.

“It isn’t easy, for sure, to pull together all of the ingredients required to run an opera festival,” he admitted.

“Opera is a hugely expensive business and it’s a very challenging business to manage because it’s a combination of so many artforms – the production, the orchestra, the singers – so many different elements that you bring together. Everywhere across the world, it’s the same challenge, even for very established opera companies so a festival like this is quite the endeavour. But we are so privileged and so lucky to have such a wonderfully loyal audience, a fantastic advisory board, a cohort of sponsors and philanthropic support and brilliant volunteer base whose commitment makes it possible to stage the festival again this year.”

The voluntary input from residents in Lismore and its environs (and from as far east as Waterford City) over the coming days will once again prove vital, according to Eamonn.

“We have about 70 volunteers – our ‘Local Heroes’ – directly involved in this year’s festival across all areas, be it in terms of welcoming patrons, helping to manage venues, including Lismore Castle, and driving the cars provided to us by MSL Mercedes Benz to ferry performers and patrons to the various venues. Then you have those who assist in terms of hospitality and a wonderful team of parking volunteers led by Mike Russell. Without all of that support, we just wouldn’t have a festival. If you build good foundations, you can create something that’s sustainable. That’s our goal.”

Reared on the Offaly side of the border with Meath (“the football part of the county”), Eamonn moved to Wexford in 2008 when assuming a role with Wexford Festival Opera, with whom he worked for seven years.

“I came into that job with no previous opera experience,” said Eamonn, who went on to work as Membership Relationship Manager with the RDS prior to his BVOF role.

“I went to work with Wexford in a development role to look at raising sponsorship and fundraising for the development of what is now the National Opera House, as well as Wexford Festival Opera, and I found myself working in a completely new cultural space, so to speak. But I became immersed in it quite quickly and from the first time I sat in on a dress rehearsal in Wexford in 2008 – the year the new opera house opened – I was sold on opera. I just loved it. The quality of production there has been second to none so to have the National Opera House in Wexford and the Blackwater Valley Festival sinking deeper roots in West Waterford is a tremendous boon for the entire South East region.”

And local support has proven such a brilliant and reliable ally to both. “To have world class opera in this region to the extent we now do, both of which have been built in such a sustainable way, is quite special. And there’s huge variety too; Blackwater Valley is hugely different to Wexford in terms of repertoire and programming yet also complementary when it comes to providing such rich, cultural experiences for artists and audiences alike.”

As for the greatest theatre Eamonn had ever witnessed, it may well have played out on another grand stage, away from the boards where he happily makes his living.

“Some of my earliest memories were with my dad Eddie (who died five years ago) when he brought me to Offaly football matches – he even brought me to the 1982 All-Ireland Football Final when Seamus Darby’s last minute goal denied Kerry their five-in-a-row. I’ve always had a great connection with Offaly GAA because of my Dad and that’s never left me. I really value those precious memories.”

Back to the festival itself which, a dozen years in, still feels somewhat incongruous given its setting.

“You don’t see opera festivals popping up very often in rural Ireland,” Eamonn declared. “What’s different about our festival, for me, is the people; the commitment of everyone who has been involved in it, right from the start, that really has set it apart. The education programme is a huge part of the festival, along with our linking in with local community groups. Making opera and classical music accessible to the next generation is something the locality has really weighed in behind and that certainly helps to differentiate it. That buy-in has been incredible and is part of the foundation we want to keep consolidating and building upon. We’ve got so many ingredients in place now that I feel we’re really well positioned for the future.”

Whatever alchemy Eamonn and his predecessors have circulated between Lismore and Cappoquin since 2010, may it endure as resolutely as the river that serenely flows through this beautiful portion of Port Láirge.

For further BVOF details (the festival runs through to Monday next, June 6) visit blackwatervalleyoperafestival.com 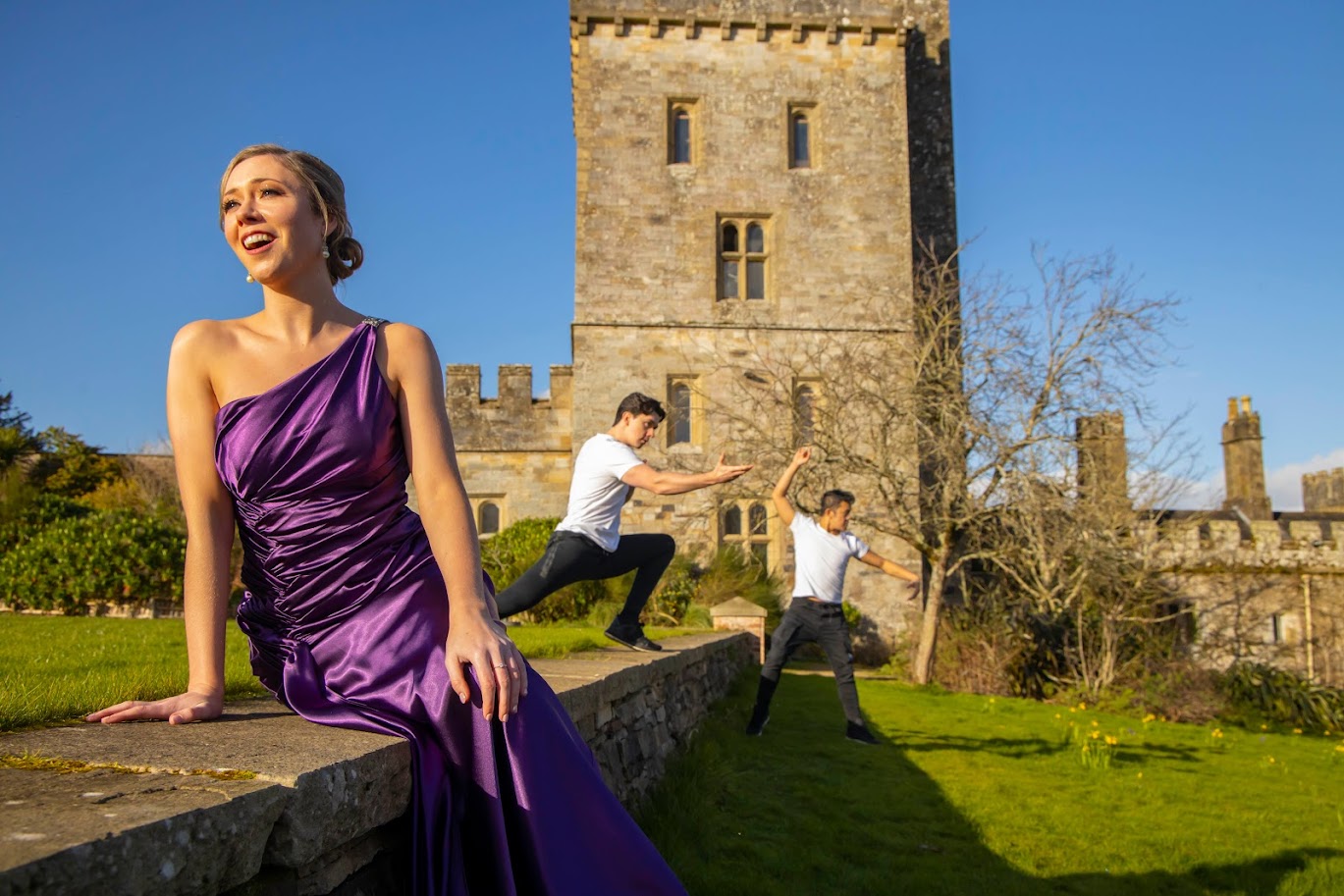 The grounds of Lismore Castle will provide a spectacular backdrop for the festival’s centrepiece opera, ‘Orfeo Ed Erudice’ by Gluck which runs from June 1 to 5 in the Stableyard.

Protest over cost of living to take place outside Stormont