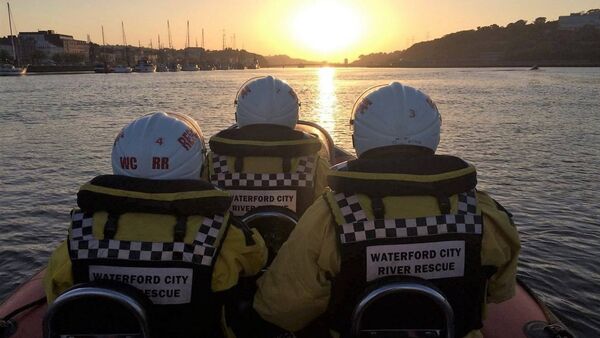 Donations from the Tesco Community Fund have allowed groups like Waterford City River Rescue to purchase lifesaving equipment for their volunteers.

As Tesco celebrates 25 years in Ireland, they’re launching a new series to highlight the incredible voluntary work that they’ve made possible through the Tesco Community Fund

This year marks 25 years of Tesco in Ireland. Since the brand first established themselves here in 1997, they have become a go-to for Irish households in every corner of the country, with 153 stores spread nationwide.

In that time, Tesco has become many things for many people — it’s where we go to do the full weekly grocery shop, or to pick up the latest new fashions at F&F or the latest smartphones from Tesco Mobile, or others pop into Tesco Express for on-the-go essentials.

Beyond all this, however, Tesco have also become an integral part of Irish communities. Over 13,000jobs have been created by Tesco Ireland, with those employees spread out across the company’s head office, distribution centre and stores nationwide.

Despite the huge boost to the national economy, the impact of the company is perhaps most keenly felt through the Tesco Community Fund. Since 2014, Tesco have donated more than €6 million through the initiative. That money has gone to over 21,000 community projects nationwide – including schools, animal shelters, sports groups, elderly care centres, health organisations and much more.

Each of these groups have been able to carry out local, impactful work thanks to donations from the Tesco Community Fund, with the initiative helping to keep vital local services up and running in many Irish towns, cities, and villages.

To highlight the incredible success of the fund, and the endless dedication of the community groups it has helped, Tesco have now launched their ‘One in a Million’ celebration series.

In the first part of the series, which you can watch in full below, two groups who’ve received donations from Tesco Community Fund speak to renowned broadcaster Hector Ó hEochagáin.

The first group featured in the video is the Connect Family Resource Centre in Drogheda, which offers low-cost counselling services that are cherished by families and local communities. Here, Hector chats with members of Connect Women’s Group, whose engagement with the Centre’s cookery, make-up and chair yoga classes has given them a new lease of life.

Also featured in the series is Waterford City River Rescue. The non-profit organisation was founded in 2006 and continues to be run by a small, dedicated team of volunteers who must be prepared to respond to emergency calls on a 24-hour basis, 365 days a year.

One of these incredible volunteers is Sinead Murphy, the group’s treasurer, and a full-time teacher at Our Lady of Mercy Secondary School in Waterford. She’s been helping with river rescue operations for the past eleven years but says the group has never been busier than they are currently.

“Unfortunately, suicide prevention services like ours have become a lot more necessary in the last few years, right across the country,” Sinead admits. “It’s actually why a lot of our team became volunteers, because our own lives have been touched by that kind of tragedy in some way. 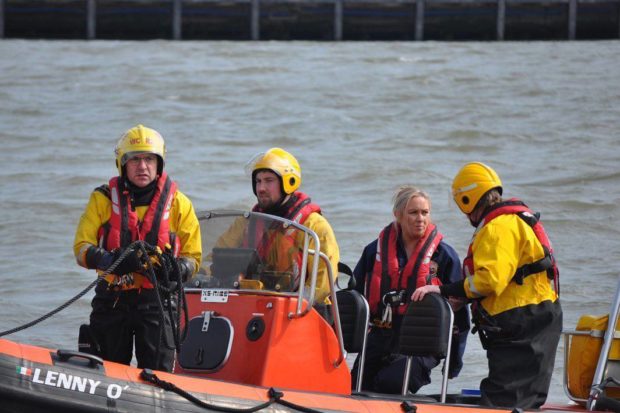 Sinead Murphy and her crewmates are ready to respond to emergency calls at any time 365 days a year.

“Suicide prevention isn’t all that we deal with, of course, but it is a huge and unavoidable part of the job. For example, in 2021 we responded to in excess of 50 calls, and the overwhelming majority of those were to do with people in extreme mental distress. People should never make those calls to us directly — we work very closely with the Irish Coast Guard, with Waterford City Fire Service, the ambulance service, Garda Síochána, civil defence, and the Rescue 117 helicopter unit. We simply couldn’t do all that we do without their help. We’re just one tiny cog in a very big wheel, but when that wheel turns all together amazing things can happen. We’ve managed to pull eight people alive from the River Suir, and to save them, in 2022 alone.”

As well as this collaboration with emergency response staff, Sinead says a crucial part of what helps Waterford City River Rescue to keep going is the support they’ve received from their local Tesco store.

“The work we do is very expensive,” she explains. “Our insurance for our boats, the fuel for them, actually buying the boats themselves — it all needs more money than we actually have! Even our life jackets, because we need to use the higher spec crusader models, can cost more than €800. We are a declared facility of the Irish Coast Guard, so we get €5,000 euro a year through them from the Department of Transport, but apart from that we’re entirely self-funded.

“It’s hard to describe just how much the Tesco Community Fund has helped us. It’s given us more freedom to buy all the life-saving equipment, which is such a huge relief and gives us more piece of mind every time we get out on the water. At the end of the day, if our crew isn’t entirely safe, then we stand little chance of being able to save anybody else when the time comes.” 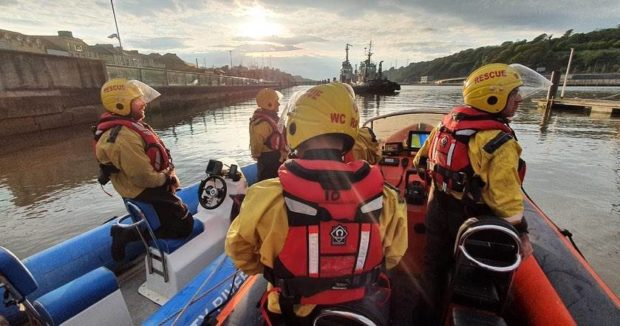 Critical equipment such as life jackets can cost more than €800 for the rescue team.

As well as the obvious financial boost, the Tesco Community Fund has also gone a long way in increasing the morale of the Waterford City River Rescue team.

“For us it’s an extremely special thing because, and I can say this for all the crew, we don’t often see what we do as being particularly special. We just help because we can, but to see people nominating us to Tesco for this fund, or to watch our pot fill up in store with blue tokens, it’s such lovely recognition and a nice reminder for all of us that we do is actually so important to people in Waterford. It cheers up not only our own rescue crew, but I think it shows appreciation for all members of emergency services like us, who are working in an environment that isn’t often seen by the general public. It’s amazing for us to have the support of our community as well as all the generosity from Tesco, because when people vote for us to receive these donations it shows us that they really care about the work we do, even the parts we might think go unnoticed. We actually have a nice saying in our unit — we’re a little bit like Tesco in that every little helps!”

Rosemary Garth, Communications Director of Tesco Ireland says; “We’re incredibly proud to have helped such amazing community projects across the country over the last eight years. We know how important Community Fund donations are to local organisations including purchasing sports kits, enabling senior citizen supports, helping to maintain their premises, and supporting the purchase of much-needed equipment at a local level. 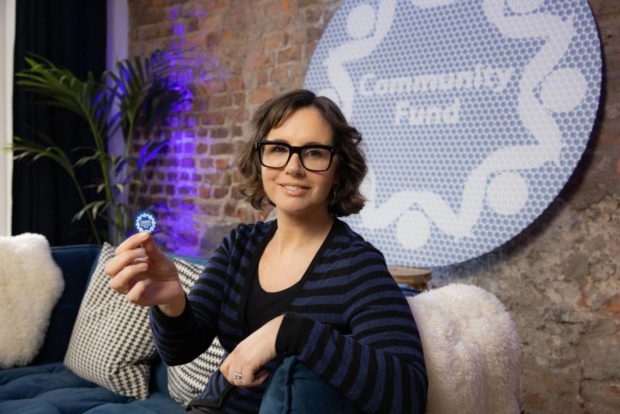 “Tesco is 25 years in Ireland this year and with that, we’re delighted to bring the total fund donation to €1 million. It’s humbling to see the outstanding work done by these incredible causes; they are truly one in a million. We hope Tesco customers throughout Ireland will show their support and vote for their local causes in the Tesco Community Fund 2022.”

If you know a group in your area who do great work like Waterford City River Rescue or Connect Family Resource Centre, be sure to nominate them for the Tesco Community Fund via the Tesco website.

To find out more, head to www.TescoIreland.ie.

State of the European Union: Stronger Together