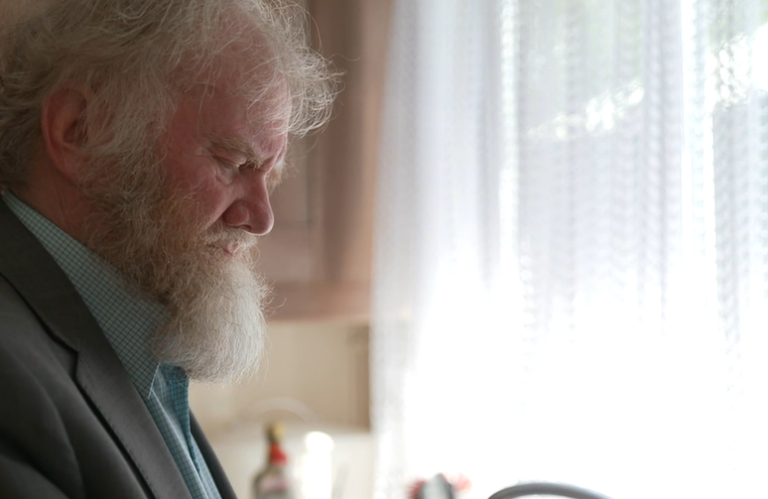 Father Seamus Ahearne, the Portlaw-born priest who serves in Rivermount Parish in Finglas.

A Portlaw-born cleric says he ‘can’t bear to see the good name of Finglas being damaged in any way’ with tensions between rival drug dealing groups escalating in the North Dublin suburb.

Speaking to Prime Time’s Conor McMorrow, Fr Seamus Ahearne of Rivermount Parish drew on the 25 years he has spent in the community, during which he has, to quote McMorrow, seen “too many murders”.

“What I see is a mother bereaved, a home destroyed, fear spreading like a disease – like a virus – and it hurts,” he said following the murder of James ‘Whela’ Whelan on Sunday, April 10.

“I don’t just see that home; I see the homes all around. That damage, that destruction, the lack of civility, courtesy, care, kindness – which is the main ingredient of our community here. I can’t bear the good name of Finglas being damaged in any way because my image of Finglas is a profile, almost a work of art, really. It’s goodness, humanity, humour, honesty.”

On April 13 last, Fr Ahearne was chief celebrant at the Requiem Mass of James Whelan, who was shot dead on Deanstown Avenue, Finglas, on Sunday, April 10. Gardaí believe Whelan’s murder was related to a feud between rival gangs in Finglas.

In his sermon at Oliver Plunkett Church, Fr Ahearne didn’t mince his words, having referenced the recently imposed sanctions on the Kinahan cartel.

“I don’t care what clan they belong to or who they are. They are a vicious deadly virus on our young people,” he said. “Their money is sick and poisonous. They are grotesque and they poison our lovely world and our wonderful people.

“The bullies behind this savagery on James are sick, sad and stupid. They are flawed human beings. They devalue humanity. There is no justification. Gunslingers are cowards. There can be no tolerance for such corruption and viciousness.”

Prior to and during Requiem Mass, a litany of motorcyclists revved their engines in honour of the deceased, whose motorbike helmet was among the symbols brought to the altar.

Said Fr Ahearne of the funeral: “There was a big casket, in gold colour, but to me it’s a box and a dead child and a bereaved mother and a sister and a brother. So, all the bikes flying around, and all the champagne and the balloons flying do nothing whatsoever for me and someone who’s dead and gone.

Fr Ahearne continued: “So when I talked to the mother of James Whelan and to hear her heart break, when she can say ‘I’ve lost my son, I’ve lost my home (which was firebombed in the early hours of Saturday, May 21), I have nothing left’. This is desecration, really. That’s what it is. It’s savagery. It’s cowardice. The youngsters are attracted by the designer goods, and all of that and the bling, of course and it’s easy money. Sometimes it’s not, because the end product is they all die young.” Two other houses in Finglas were firebombed in the space of three days.

Speaking to The Sunday Independent, Fr Ahearne said he believes Finglas has “come too far” to fall back into the grip of organised crime.

“I do not want anyone to dare destroy the reputation of Finglas with this criminality. Finglas is a great place now, with great schools, teachers, families and community. What has happened with these recent attacks is a distortion of the reality of Finglas…

“It is a different world out here, a much better and happier world. I do not invoke an emotional reaction to the recent violence that is happening. I take it with a sense of proportion. The people involved do not deserve what they are doing to be given too much oxygen.”