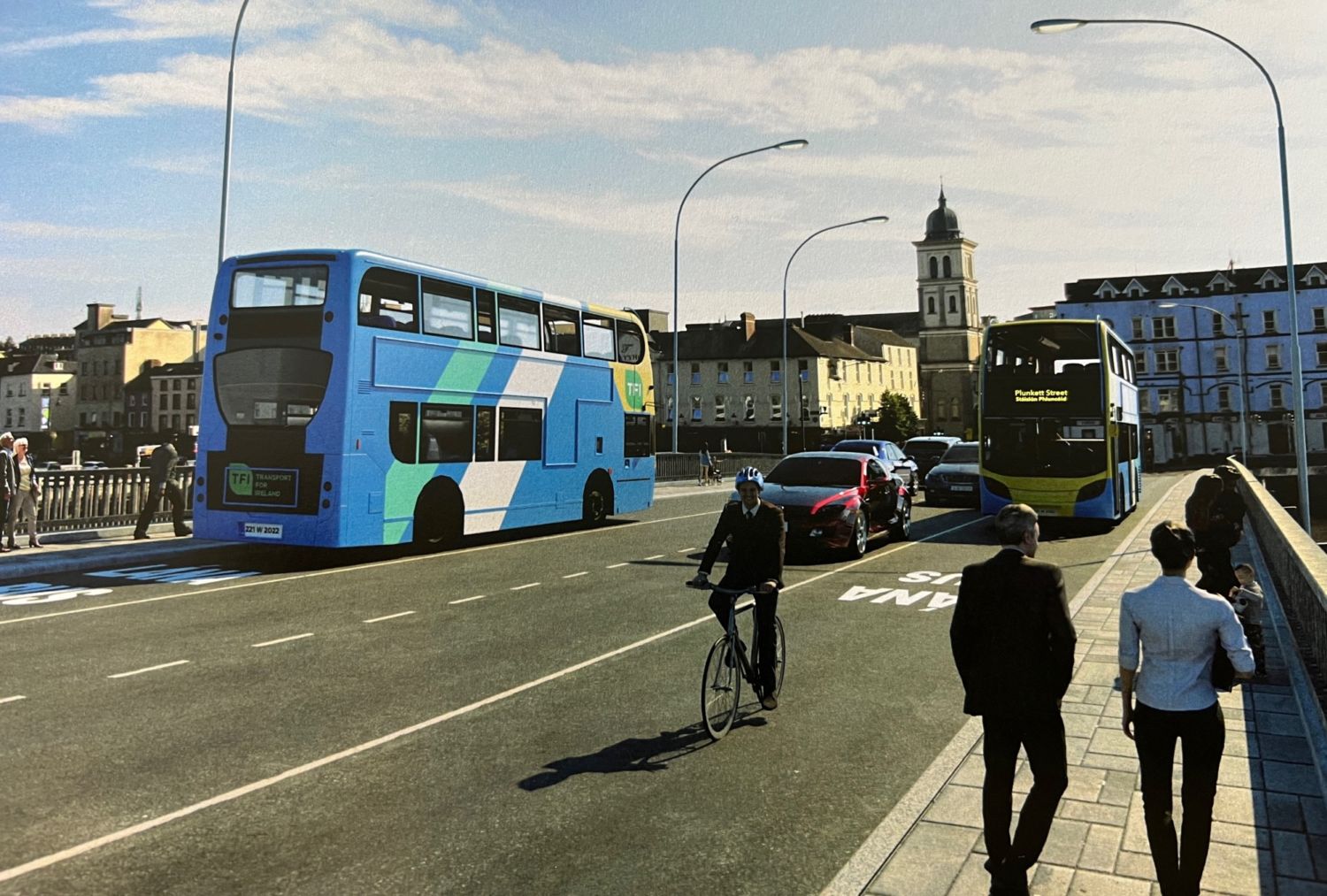 THERE is nothing quite like mention of bicycles to get people incensed. Over on the Waterford News & Star’s Facebook page this week, that’s exactly what happened when we published details of the National Transport Authority’s new transport strategy for Waterford city.

Unveiled last week, the Waterford Metropolitan Area Transport Strategy aims to increase sustainable transport usage in the city. The design images we reproduce in this edition reflect some of what that will look like, physically, on our streets, including clearly delineated bus lanes taking up a large portion of Rice Bridge – reducing non-public transport traffic lanes from dual to single carriageway.

As well as Waterford City and County Council taking a leading role in the formation of the strategy, they have teamed up with Kilkenny County Council, in a show of cohesion for what will also take place across the county boundary in our city’s northernmost suburb. The CEOs of both local authorities were joined by NTA chief Anne Graham to present the draft strategy for the first time last week – it is now on public view, and submissions are welcome for the next six weeks. Other bodies involved include the Southern Regional Assembly and Transport Infrastructure Ireland.

As well as being a strategy to meet “the needs of a growing city”, Ms Graham said the focus will be on “investing in sustainable transport”. This will be achieved through ‘BusConnects’ and walking and cycling infrastructure, with the promotion of “active travel in communities”.

While the NTA might not have the support of many of the Déise’s keyboard warriors, there is clear ambition and some sense of direction in terms of creating a strategy that could effectively reduce our city’s carbon emissions. Ms Graham explained that the measures in the plan could contribute to reducing Waterford’s emissions by 56% within the city by 2040.

A statistic that will have many incredulous is an expectation that the endgame will be a 541% increase in cycling in the metropolitan area. This, the strategy states, will be enabled by the “delivery of a safe cycle network consisting of 100km of cycling track and a 54km greenway network”. The development of the sustainable transport bridge is expected to provide pedestrian and cycle connectivity across the Suir.

Alongside the bike, foot traffic is also expected to increase by 55%, while a BusConnects programme will include the provision of 63km of bus lanes. Envision 75 new zero-emission buses, as well as a park and ride facility. One elephant in the room is ongoing issues in relation to public transport – with the Waterford News & Star recently covering a story in which buses to Tramore failed to materialise due to resourcing issues.

There is no doubt that embracing this new strategy will entail a sea change in people’s mindsets in terms of how they get out and about. Achieving that will require a flawless rollout of the provisions the strategy promises. Change is challenging, but when it comes to the broader adherence to a more climate compatible way of living, it is a space we must step into. Unless you’ve a workable alternative, it might just be time to think about getting on board.