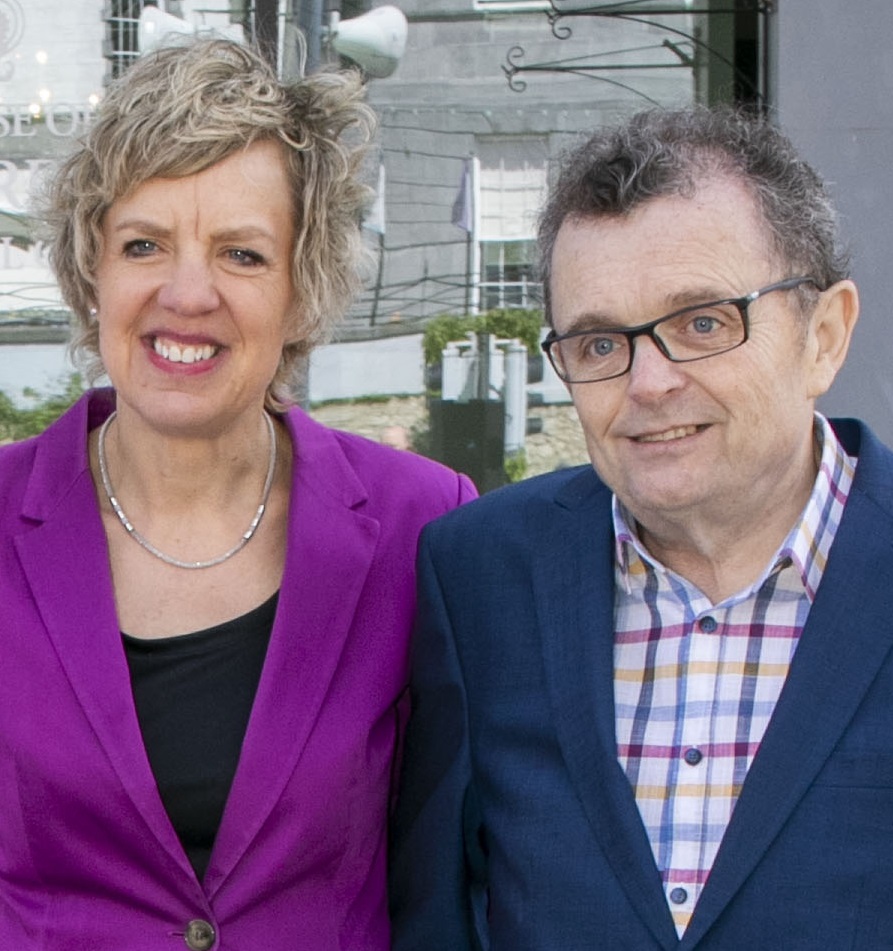 NEW Labour leader Ivana Bacik believes there’s “great energy” among the party’s Waterford membership and is hopeful that the Dáil seat previously held by Brian O’Shea and Ciara Conway can be regained.

“All of them are really enthusiastic about growing the party, about bringing in new members and new candidates in the future as well,” she said.

“Here in Waterford we’re conscious that we’re growing from a good, solid base where we’ve had a long (Oireachtas) tradition with Brian O’Shea (Seanad 1987-89; Dáil: 1989-2011) and more recently with Ciara Conway (Dáil: 2011-2016) in Dungarvan so we’ve got strength in terms of local memberships in the different districts across the constituency.”

John Pratt, who won 3,498 first preferences at the 2020 general election (an increase of 1,230 on Ciara Conway’s 2016 election showing), would appear to be his party’s likeliest candidate come the next general election. “He’s a great ambassador for Labour in the county,” said Ms Bacik. “John is fantastic; I’ve worked and canvassed with him over many years.”

As for naming a candidate well in advance of a declared election date, she added: “We’ll certainly be working with John, his fellow councillors and the local organisation about the candidate selection but we’re not at that point yet. We’re mindful that the local elections are likely to be take place first in 2024 and then the general election after that – it’s a work in progress… and Waterford is very much a target for us as we’ve had a long tradition of Labour representation here and with John coming so close in the 2020 general election.”

During Deputy Conway’s term and Ruairí Quinn’s leadership, Labour repeatedly beat the drum over the level of school build completions while they held office, bringing an end to the use of prefabs at many school campuses. But come the 2016 election, Labour’s vote share in Waterford dropped to 4.39% having stood at 10.34% five years previously.

When asked to explain the nosedive, Deputy Bacik said: “When you look across different elections in the history of Irish politics, we see smaller parties in coalitions being blamed more for certain actions and I think it’s an unfortunate pattern. My politics is very much positive and constructive; it’s about asserting the need for smaller parties to engage in the political process and not to be afraid to go into government to deliver change. At the same time, I think learn from the past about when we shouldn’t go into government, be it we in Labour or any other party, unless we have the critical mass to be able to make a difference or put our key policies into effect. I think that’s the learning that we take from 2016 and 2020.”

Taking her own by-election success of last July into account, Deputy Bacik believes that result “shows that there’s still a clear need and an appetite for Labour politics and for that strong centre-left voice, a constructive voice that’s serious about delivering change, a voice which isn’t content to just shout from the sidelines because there’s lots of people both in the Dáil and outside it who are content to do just that, to criticise everything and never actually go into government and deliver change themselves.”

When asked about the importance of retaining an open mind about any future government partnerships, Deputy Bacik stated: “I’ve said since I took office as leader that my focus is on growing and building the party. Our focus has to be on our party and building support for our values of equality, solidarity and fairness – and not on any other parties. We have to look at how best can we build the party to a point where we can really make a difference and deliver change through government. I’ve always worked with people of all parties and none in any case, on delivering policies that I and the party believe in and we’ll continue to do that, of course. But at this point, we’re not looking at any particular coalition partner or indeed looking at it from that perspective.”

And one suspects Deputy Bacik will be keen to have some female Labour candidates on the local election ballot papers in Waterford come 2024. “I’m looking at getting more women into politics all around the country… so, yeah, we’re really keen to increase the numbers of women coming through both at local and national level and that’s been a mission of mine since I first entered politics many years ago.”

Deputy Bacik, who visits Waterford every summer with her family, saluted the ongoing works within the Viking Triangle, describing it as “a success story for the Council and private enterprise working together”.