“LIFE is a precious gift. I want mine to be as interesting and as full as can be,” said Sue Healy as she sat in her residence in Brooke Green in London. The desire for adventure and a zest for life were both evident from a young age when Sue was growing up in Waterford. 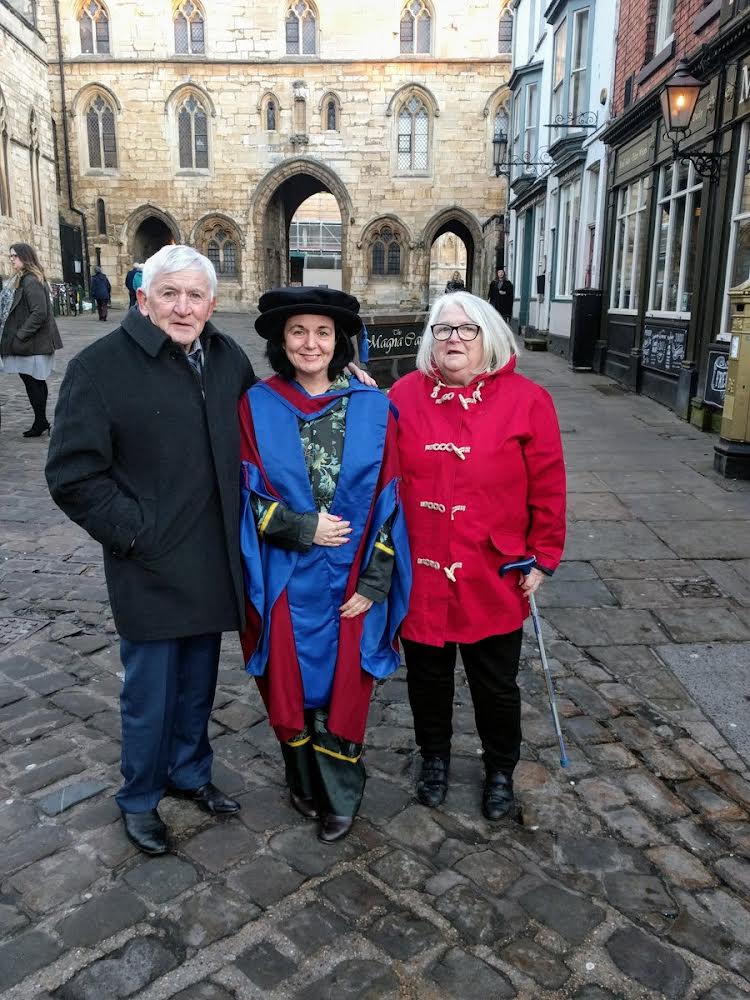 Sue pictured with her parents, Aiden and Paula, on the receipt on her PhD

A child of the 1970s, Sue was born like most Waterford children at that time, in Airmount Hospital. Within the iconic hospital, her grandaunts Jane Power and Bridie Power were both employed as midwives. That sense of family has remained a supporting stronghold for Sue throughout her life as she moved from Lismore Park, to Springfield where her family later lived.

Reflecting on childhood, Sue said, “My parents are Aiden and Paula. I was the eldest of four children, with my siblings: Tommy, now in Tasmania, Laura who is Wales, and Kate, who is sadly no longer with us. My dad was a manager at Bell Lines, my mother had worked for Bord Fáilte (or the Tourist Office, as it was then), but retired to focus on raising the four of us when we came along. My maternal grandparents, Lily and John O’Shea, lived at 11 Ozanam St. in Waterford, and this address was central to my childhood – very happy memories.”

The halcyon days of summertime offered freedom, the glint of the ocean, and a tangible sense of excitement for the long days, which were to unfold that summer. Sue’s summertime memories lie in Dunmore East where her family spent summer, and many winter weekends. Today, trips home to Waterford are never without a stop in Dunmore East where many members of her family remain still.

However, as beloved Waterford was, and continues to be, for Sue, her desire to see more of the world was strong and after leaving art college, she spent some years in Paris and Cannes surrounded by the beauty, the culture, and the heady atmosphere.

In the early 1990s, she returned home to Waterford and became a journalist for Waterford Today, WLRfm, and even for the Waterford News & Star. Telling the stories of the Déise was fulfilling and enjoyable and allowed Sue to explore more of her roots, yet the yearning to travel was stronger than ever, and she left for Budapest for one year when she was 27. As things are wont to do, the year in Budapest became 12 years.

“I worked as a journalist in Hungary also, editing Hungary AM. I began to write creatively there, and eventually came to mull doing an MA in Creative Writing. The best course in Europe for this is at UEA, Norwich. I applied, was accepted and moved to the UK to undertake my masters. After this, I worked in various prisons in East Anglia teaching creative writing, and building up my career as a writer, playwright and screenwriter. I eventually opted to do a PhD on the Royal Court Theatre in Chelsea, the home of new writing and progressive theatre in the UK, which is what took me to London.” 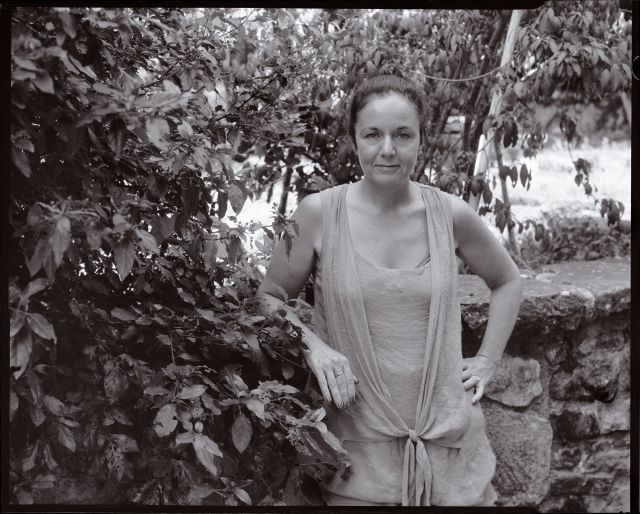 Since then, Sue has had three full-length plays staged in London, together with a host of short plays. Across the radio waves, nine of her plays have been broadcast.

If Sue’s original intention in life was for it to be as full and interesting as can be, she has embraced that ambition with both hands.

“I wear a lot of hats as a writer. I’m also the literary manager at the Finborough Theatre and I’ve just completed a guidebook to theatre literary management , which will be published by Routledge in December, 2022. I’m also an award-winning short story writer and my work in that form has been published widely. I work as a full-time lecturer in dramatic writing at the University of Lincoln, and travel up there weekly from London.”

The commute to work and back is considerable but having missed living in the capital city of Budapest, the buzz of London felt right. Living there offers the perfect balance of choice as being immersed in culture means not always being in the theatres and museums, but their close proximity offers a comfort of sorts.

“It’s not too far to get home and London is a world city, like New York and Tokyo, you can fly anywhere you need to. Everything is happening here, it’s very international and pulse-y. Hey, it’s still swinging London. Especially as I work in theatre, London is simply an exciting place to be.”

In recent years, Sue has been commissioned to write for television, with one television series having already been optioned. This genre of writing suits her as her career continues to evolve with her.

“There is a sell-by date with writing for stage that doesn’t really appear to be the case with TV. Theatre has a bit of a youth fetish, that’s always been the case, it’s hard to sustain a career in theatre at middle age unless you’re a massive name. Sooner or later, most playwrights tilt towards TV, especially if they have a mortgage to pay. And I do.”

To keep the momentum going, there are two things which someone ideally needs: an unwavering belief in themselves, and a concrete network of family – Sue has both. Describing herself as ‘pretty self-reliant’, she admits that the arts world is not for the thin-skinned,  but being keenly aware of your own value will keep you going through the tougher spells.

“My parents, my grandparents and extended family provided me with oceans of love. You can do anything, achieve great heights, when you know you’re loved to such an extent. I owe everything to my parents and my up-bringing, they are exemplary as a mother and father.”

Before we concluded, I asked Sue what insights she has gleaned into life, along such an extraordinary path. Her answer was immediate, frank, and clear – in life, nobody will fix things for you or gift you an easy run of things.

“It’s no one’s responsibility to make you happy, nor is it anyone’s fault if you’re consistently sad. It’s all up to you. I choose to live a full life and do it on my terms. Celebrate your agency and make it work for you.”

While Waterford would be incredibly lucky to steal Sue back from London, the reality is that she wants to continue working and doing what she loves until her final breath leaves her body. However, the small kernel of possibility which might see Sue return home keeps the cottages in Dunmore East hoping that one day, she will come home and claim one as her own, to return to the halcyon days of summer.