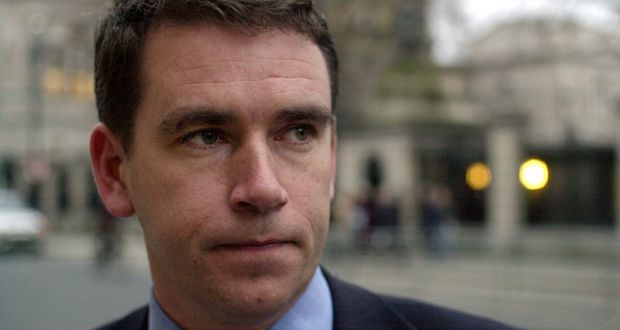 FORMER Waterford TD John Deasy was subjected to five years of hate mail due to the position he took in the Dáil regarding the level of handgun ownership in the State.

Speaking to the Sunday Independent about the experience, the first time he has publicly addressed the issue, Mr Deasy said the level of hate mail he received saw Gardaí advise him to increase his home security. Writing this morning, Meave Sheehan said that increased patrols were also set up around Deasy’s home in Dungarvan at the time.

One anonymous writer penned the following: “It took me 35 years to recover my pistol only for a snivelling guttersnipe c**t like you to f**k it up. You used the guise of ‘your concern for public safety’ to launch your vitriol on a minority group. You’re one gutless sack of shit Deasy… It took a prick like you to instigate the whole sordid affair.”

Wrote another, anonymously: “A retired senior Garda recently reminded me that you were the f**ker that was at the root of the bungle when millions of euros was spent by the [Department of Justice] and gardaí on court proceedings against pistol owners.”

In 2008, then Deputy Deasy detailed what Sheehan’s report described as “significant inconsistencies in how Gardaí in different counties were awarding gun licences. His campaigning led to a general ban on all handguns in 2009, except those for Olympic-style target shooting”.

Speaking this week, John Deasy said: “There are nutjobs, and there are nutjobs with guns. Yes, it was different, and it was scary — but there is very little you can do about it. I think the abuse and the hate mail were worth it because the ban was achieved, but I would think twice about taking it on again.”

Mr Deasy was moved to comment on his past experience in this are given the increase in ‘short firearm’ ownership in the State, something he has described as a “creeping proliferation”.

Firearms and explosives legislation in Ireland is set for significant reform as a Department of Justice review progresses.

“The statistics on handguns need to be more transparent,” said Mr Deasy, who is now Director of Government Affairs for the United States-based Ancient Order of Hibernians. “They should be published every year and sent to every Oireachtas member by law and broken down clearly by type of gun and calibre.”