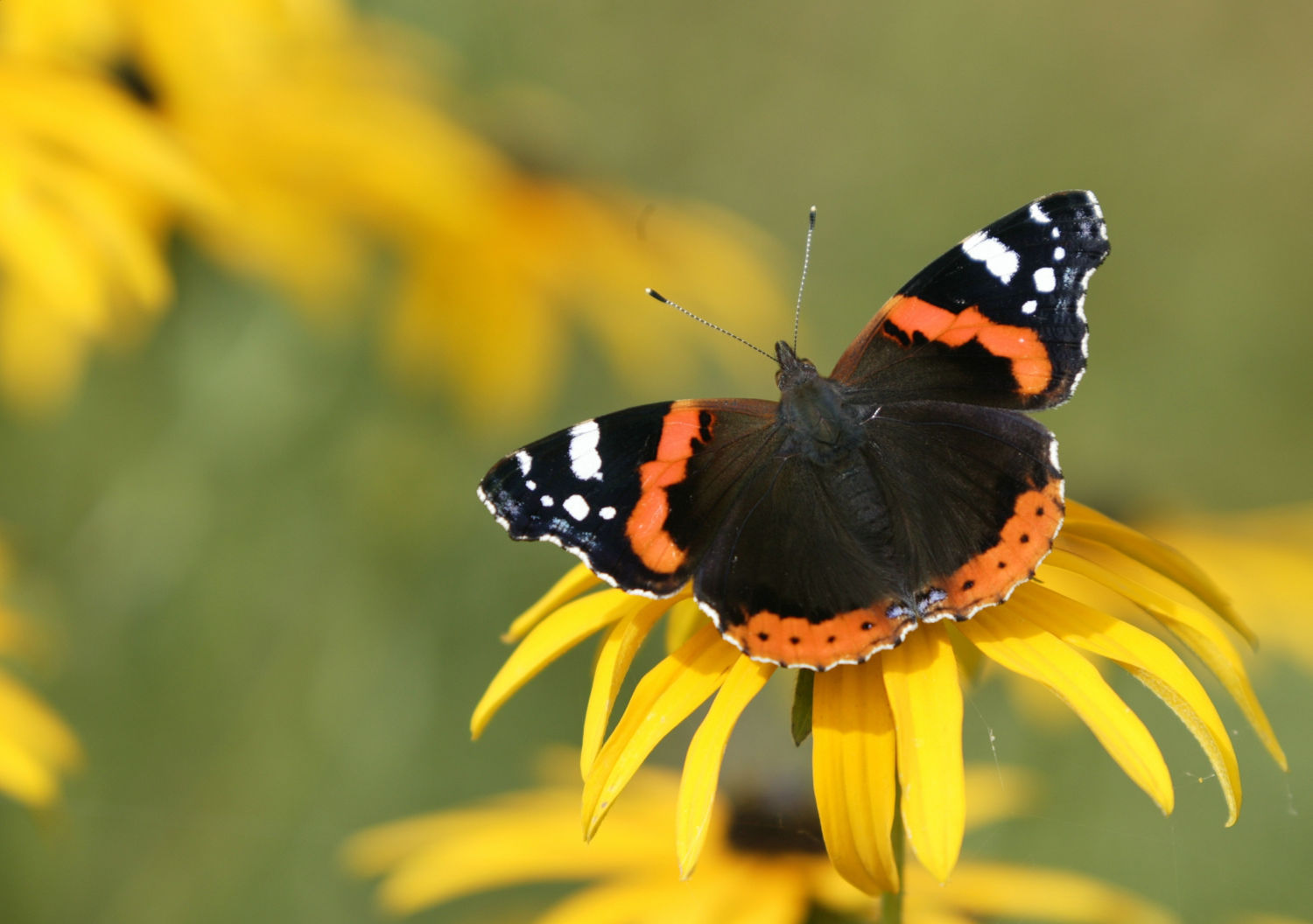 THERE is a lot of talk about declining insects and pollinating types in particular. I suppose if we are honest most of us would not be fussed if the annoying ones were in short supply while we are happy enough with the friendly ones.

Some of the insect groups that most of us enjoy are the butterflies and, to a lesser extent, moths, which are less visible but do contain some pretty specimens. In the world there are around 20,000 butterflies with 28 native species in Ireland plus about eight migrants, which sometimes arrive here. Like most living things butterflies spend their lives feeding and, at some stage, looking for a mate and trying to avoid being eaten themselves.

There is a list of butterfly predators waiting for a tasty meal and they include birds, frogs, spiders, dragonflies, wasps, mice and shrews. The flying pattern of butterflies is attractive to us as they flit about their business but that makes it more difficult for birds to catch them and while at rest many of them blend in with their surroundings. When butterflies are in the caterpillar stage they have the same problems as the adults but in most years enough survive to carry on the population.

Butterfly eggs may be laid singly or in bunches and are usually deposited on leaves on which the caterpillars will feed on later. There are exceptions where, say, Fritillaries place their eggs near the food source and the young must then move to reach it. Caterpillars feed on specific plants and are fairly rigid, which could mean they might starve if they cannot access their preferred food, whereas if the food is in abundance the caterpillars grow fast and enter the next stage where they attach themselves to a firm surface while they change into an Egyptian mummy appearance.

The mummy or ‘Pupa’ undergoes amazing changes within its body until out of it will emerge a newly formed butterfly and so the cycle goes on. Butterflies have evolved to occupy specific habitats where their preferred foods are located, so the Speckled Wood favours trees and woodland and the Orange Tip is found on roadsides, river banks, and woodland edges.

Butterflies need to heat themselves to be able to fly rapidly so they are more active on sunny days and are less frequently seen on dull, overcast, windy or rainy days. I should think most people would recognise some of the more common butterflies, such as the Painted Lady, Red Admiral, Peacock, Small Tortoiseshell and the Large or Cabbage White, all of which can be found in gardens too.

If you have some thistles, nettles, grasses (flowering stage), docks, clover, violets and ivy you could host 15 butterfly species already and additions can be made with a number of garden plants, such as herbs, perennials, summer flowers in variety, buddleia, privet, elder, hebe, lilac. Also, let’s not forget that hugely attractive Verbena bonariensis, which gives almost instant results the first year.

Some people get a second vegetable crop by sowing or planting into a plot that early potatoes had been grown in. Quick maturing salads, long term crops such as main crop carrots or planting some kale or purple sprouting broccoli are all possibilities. Harvest your rhubarb regularly while they are at their sweetest and keep an eye on strawberries and gooseberries, which will come on stream after that. Keep summer flowers fairly compact by trimming with a scissors so they will be less damaged by sudden winds and heavy rain.

If you have any queries or comments you are welcome to share them with me on 051 384273 or [email protected] and if of general interest I will include it in a future article.